OUTSIDE EDGE | The Jay Peak experience

Meteorologist Mallory Brooke traveled to Jay Peak in Vermont for this week's Outside Edge. 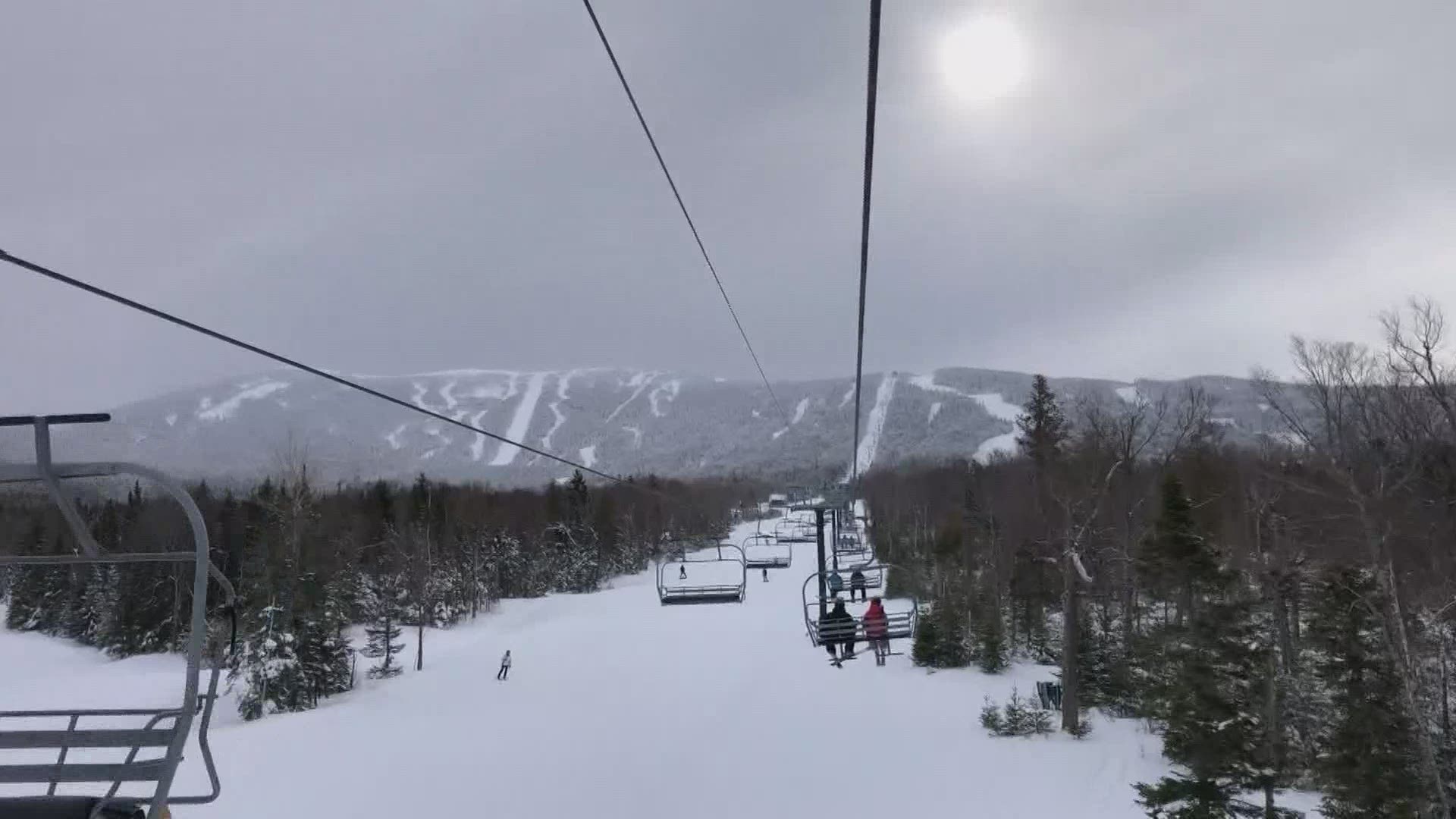 VERMONT, USA — On this week’s Outside Edge, we’ve ventured briefly over to the Green Mountain State to showcase Jay Peak, who happens to have some unique ties to a Maine mountain this winter.

Averaging over 350” of snow annually, Jay Peak is nestled into the northern Greens and only a couple miles from the Canadian border. Their topography provides them with relentless upslope snow in northwest winds, creating what is infamously known as the Jay Cloud, which can sometimes push them toward 500” of snow in a good winter. Upslope snow is a product of orographic lift, or more simply, the wind forces air up the mountain. The rising air cools and condenses, leading to cloud development and eventually precipitation if there’s enough moisture available.

Jay Peak is known for fun and wild weather, a killer indoor waterpark, good snow, and good vibes - and those attributes were key to a partnership with Saddleback this season.

“When we started off, there was a lot of concern about whether independent mountains could succeed on their own against the landscape that included the Epic and Ikon pass and we felt pretty strongly that the brand of Saddleback was strong enough to succeed on its own,” General Manager Andy Shepard of Saddleback said.

While they felt the customer base they were attracting may value their independent status, even more, they didn’t want to miss the opportunity to align themselves with other mountains in a similar position.

“We looked around the east, and the one that really shares the same culture, the same values as Saddleback was Jay Peak,” Shepard explained. “Seemed like a perfect fit.”

Passholders of Saddleback & Jay Peak received two unrestricted passes to the other mountain. Shepard said they haven’t heard from their pass holders if they’ve ventured to Jay Peak, but Saddleback has had regular guests from Jay Peak who have taken advantage of the partnership.

Shepard said he’s often in the lift cues chatting with guests and he’s run into some Vermont skiers.

Should you decide to venture to Jay Peak, keep in mind that Vermont COVID travel restrictions are in effect for anyone outside of the state of Vermont. However, there are no restrictions coming back into Maine from Vermont, and of course, you can travel to any mountain in Maine without restrictions.