OUTSIDE EDGE | Get ready to ski and snowboard, Rangeley low on volunteers

The snowmobiling season is finally full speed ahead throughout Maine, with the exception of the immediate coastline. 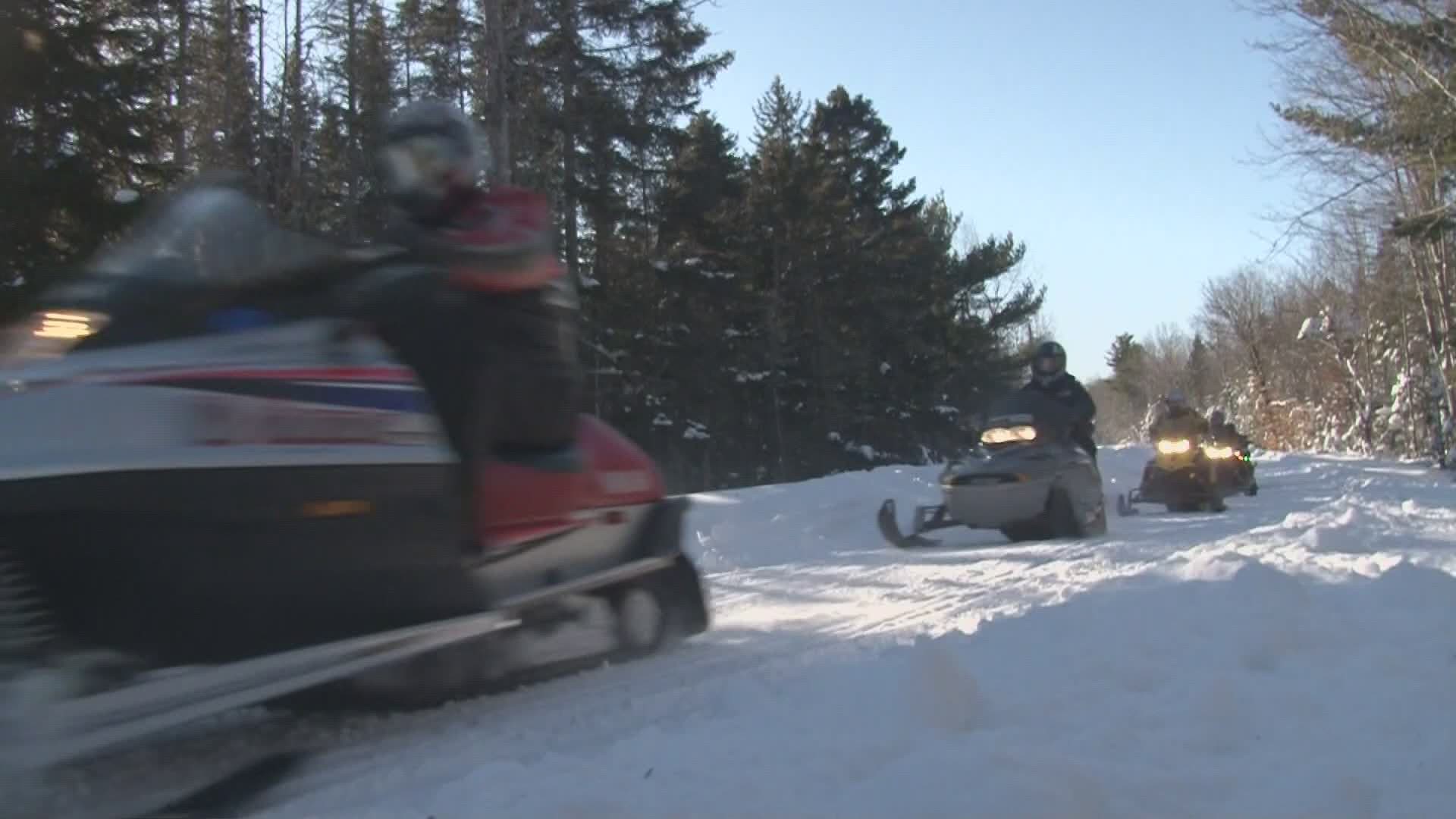 MAINE, USA — Even with the mixed bag of a storm that arrived Tuesday, it’s a week outside that’s not to be missed. Sleet is not always the worst thing when it comes to created solid bases for downhill, cross country, and even snowmobile trails.

At Roberts Farm Preserve in Norway, the rental hut is open daily for vacation week with snowshoes and cross country available for use, and trails are groomed consistently. Downhill ski areas remain in great shape, though the mixed precipitation and prompt plunge of temperatures have hardened up natural snow trails and glades.

The snowmobiling season is finally full speed ahead throughout the state, with the exception of the immediate coastline. Tuesday’s storm was especially fruitful for the County who picked up a foot of snow and they’re on a regular grooming schedule.

Western Maine is seeing some record traffic, as we’ve had the most consistent snow there throughout the season. Maine Snowmobile Association President Mike Grass said it’s almost overwhelming the crews. “Rangeley, they’re just crazy,” Grass said. “They’ve had one, or two actually that had 3,600 sleds in a day so they are swamped, so they’re getting burned out quick that’s a quote from the Rangeley gang.” It costs the club $10,000-$12,000 a week to groom trails, and that’s barring any mechanical issues with the expensive grooming equipment.

Rangeley is grooming six nights a week, with five groomers on 10-hour shifts, and say they’re low on volunteers. Most clubs run off volunteer work, Grass said now’s the time to support them through virtual Snowcross event which wraps up next week. With trails packed for vacation week, so safety is the number one priority.

Grass mentioned there are still some bodies of water that are not frozen, and it's something to consider as you plan your trip.

“If something changes after the sun sets if things open up or there’s pressurage or anything like that, you can’t see it at night until it’s too late sometimes. If you can try to travel over bodies of water during the day when it’s safer and you can see what’s going on.”

While we are in a much better place in terms of frozen lakes than we were a couple of weeks ago, Grass mentions that typically clubs won't put out signage on the lake until it's safe to cross it. You still want to do your own due diligence in terms of checking in with the local club and performing your own safety checks.

“We want you to get out there, get the family out and the kids out especially and enjoy the trials and all that Maine has to offer, but at that same time, we have to be safe and make sure we get home from our trips,” Grass said.