OUTSIDE EDGE | Skiers should still hit the slopes despite changing weather

Despite what Mother Nature brings, Maine's ski areas are determined to make the best conditions possible. 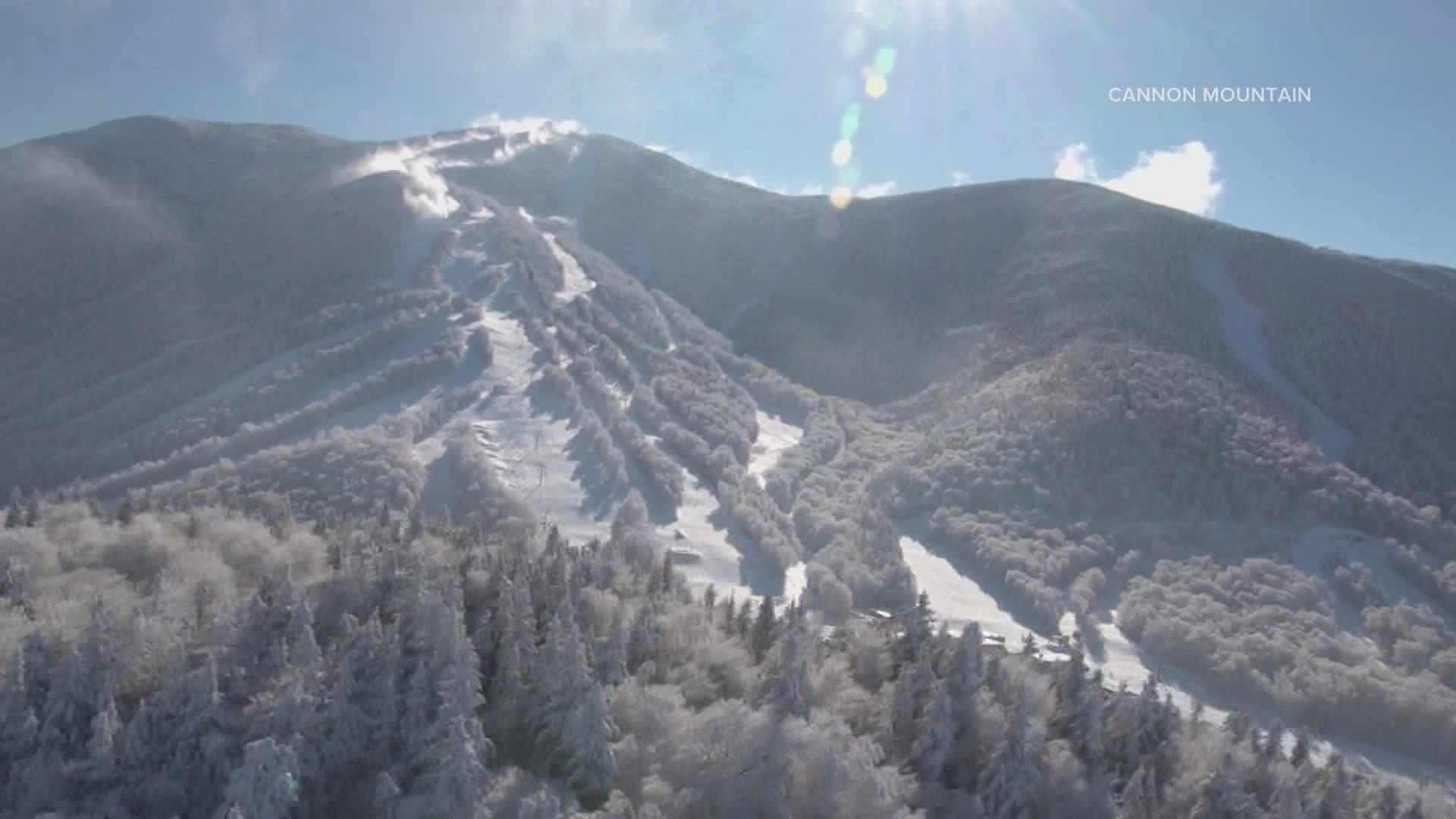 MAINE, USA — We can consider it a week of weather whiplash, with temperatures in the 40's to wind chills some 20 degrees below zero. March coming in like a lion seems like an understatement for the first couple of days of the month. However, despite what Mother Nature brings, our ski areas are determined to make the best conditions possible.

“The surface every day when you get here, is as good as we can possibly make it. We never take a day or a night off,” said Cannon Mountain’s General Manager John DeVivo.

He said by the time you get to March, you either want it snowing all the time or 40 degrees and sunny. In between those two ends of the spectrum, better known as the freeze/thaw cycle is a tough battle for mountain operations. However, DeVivo said eastern ski areas are extremely particular in the quality of snow surfaces and know how to work around the dreaded freeze/thaw cycle.

Cannon Mountain’s location in Franconia Notch provides unparalleled views of the western White Mountains. We checked in to see how the COVID ski season has treated them. Skier visitation, even with capacity limits, is within 5 percent of the same 12 week period last year and the 10-year average, and revenue is within 2 percent. They started the season 3 weeks later than normal, so on the 15-week average, they’re down a bit farther, but they expect that to even out with a season that extends into mid-April. Ticket revenue has been key.

“[It’s] been a full price winter and that’s been carrying the day from a revenue perspective. We are certainly down in food, down in retail, down in rental and repair,” DeVivo explained. There’s a lodge time limit of 30 minutes, and that’s lead to many bringing food on the mountain or tailgating back at their vehicles. While it’s in the name of safety and following COVID precautions, DeVivo said not to be shy about coming inside for a quick snack. “We couldn’t have asked this season to go better, certainly we thought it might be different. The only thing I would add is to come on inside once in a while and buy some french fries. We’d like that.”

Cannon’s unique setup as a state-run ski area on state parkland means that they must cut off winter operations at a certain date so they can prepare for summer. That date is April 18, but Mother Nature and skier demand will determine if they hit that date or decide to close on their previously set date of April 11.

Summer attractions include the Flume Gorge, Echo Lake State Park, a campground, and of course the aerial tramway, an extremely large revenue driver for Franconia Notch State Park. The tram has been closed to visitors since the ski area shut down last March. While not in use, they’ve taken this winter to do some much-needed repairs.

“Hopefully this year we can run the tram. We’ll see how it goes. Right now we’re not running it, haven’t run it, and won’t run it for the remainder of the ski season,” DeVivo said. “We’re hoping to launch the aerial tram on Memorial weekend.”

DeVivo said that the general usage of the park exploded last summer to a level they've never seen before, and they're expecting a repeat this year. Because of the anticipated swarm of visitors, all summer attraction reservations will continue to be online, including the aerial tram should it run. If you miss out on reservations to certain attractions, there are still plenty of options, including hiking trails through the Notch, aside from the Flume Gorge, in addition to the picnic areas. There are over 7,000 acres to the state park, which butts up against the White Mountain National Forest, providing endless possibilities for exploration.