Skateboarding may be new to the Olympics, but it has a decades-long history in Maine

Skateboarding will be featured in two Olympic events: street and park. Mainers involved in the sport say the local skateboarding community continues to grow. 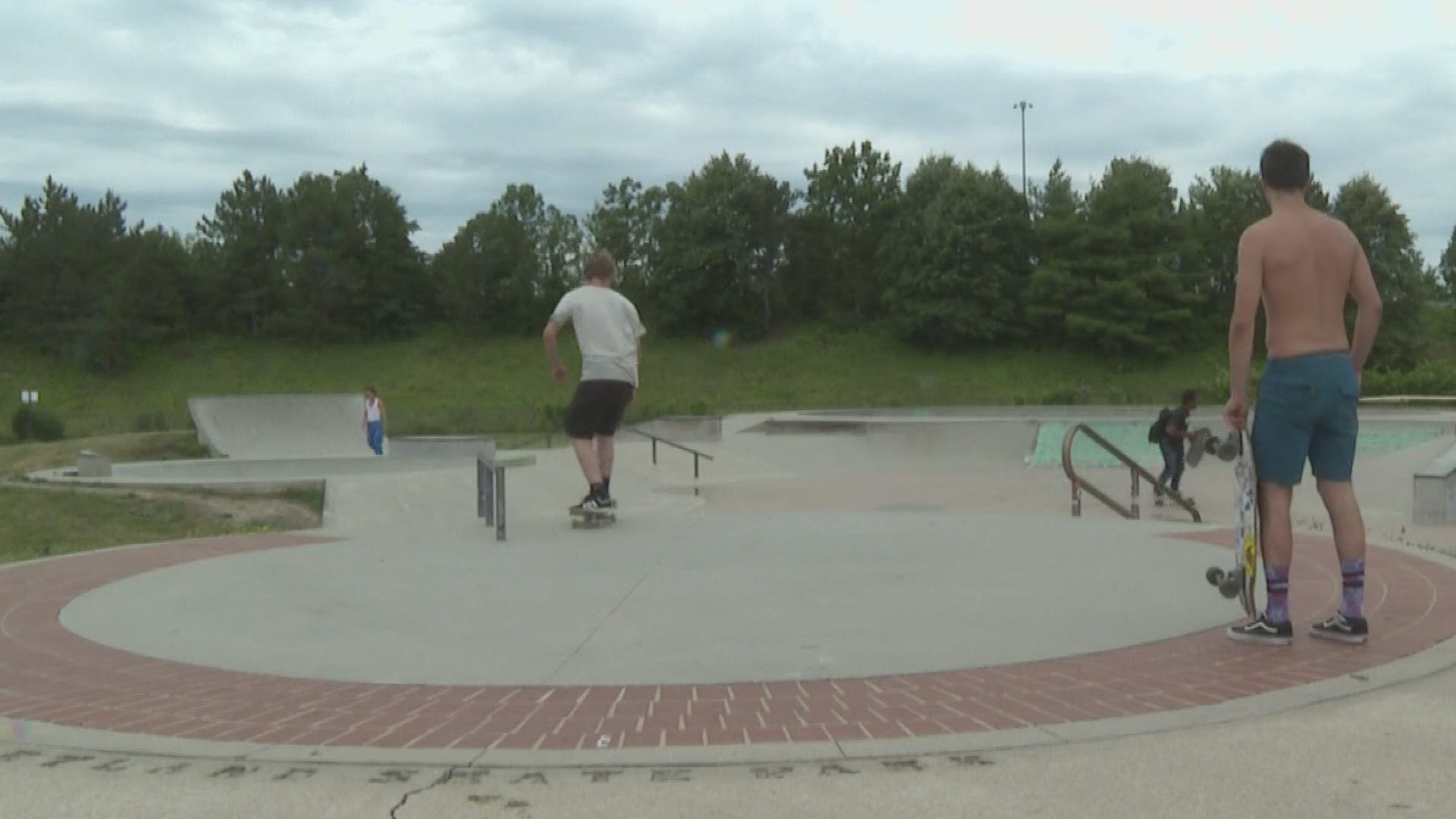 PORTLAND, Maine — When people tune into the Olympics on July 25, they'll watch a sport make its debut on the biggest stage in the world. Although skateboarding is new to the games, it's not new to Maine.

“I wasn’t expecting any skate culture to be out here," Charlie Hobart said at the Portland Skatepark.

The California native moved to Portland this summer. Hobart grew up with a surfboard in his hands as his father taught him how to ride the waves and he eventually transitioned those skills from the water to the pavement.

Now, Hobart ends his days at the skatepark with dozens of other riders of all ages.

“It gets me through my day knowing that there’s always like a group of friends out here and I can make more friends when I come out to the park," Hobart said. “The kids are super friendly and they all shred.”

Just a few miles away from the skatepark is Mocean Skateboards' new location in downtown Portland. Owner Jasper Tripp also grew up skateboarding in Portland and surfing at local beaches.

In his shop, you'll notice featured artwork on the walls and hear new music playing from the speaker. On the first Friday of every month, Tripp dedicates the store to showcase work from a local artist. The reason, he said, is because it's all part of the skating community.

“It’s not just us. There’s a whole culture around Portland that’s artists, music, and skateboarding just falls into that category," he said.

Tripp's dream as a kid was to own a skate shop. Now he hopes to spread his love of riding to future generations.

“That’s what it’s all about, to inspire the youth," he added. “It’s cool to see what skateboarding brings out in an individual.”

Marshall Green, who also works at the shop and sometimes skateboards inside, Mocean, said the Portland skateboarding scene has tripled in the last year alone.

There are few people involved in the Maine skateboarding community that has watched this growth closer than Rob Kimball.

“When I grew up, we were ostracized. We were put aside. We were skateboarders, we were punkers," he said Tuesday.“Looking through fences and skating pools in the [the 1970s] to what it is now is a pretty incredible transformation."

Unlike Hobart, Tripp, and Green, Kimball's passion for skateboarding was not really encouraged by his parents. In fact, he first heard about the sport while watching television at his childhood home in York one morning.

“I had just seen the Wonder Woman episode, ‘she has a skateboard? Oh, that looks kinda neat!'" he said.

Kimball said his love for skating really picked up when he was in boarding school as a teenager.

“My only real calming time there was when I got to be on my skateboard," he added.

After spending time building ramps and skating at Roger Williams University during college, Kimball returned home to Maine and realized there were no places to skate besides parking lots.

After building his first half-pipe at his house, Kimball said he built 250 ramps in people's yards. For years, Kimball was helping others find their love for skating and perfect certain tricks. He said the first skateboarding trick you can teach someone is how not to fall down.

The sport he loved so much eventually placed a burden on Kimball's body. A doctor told him he couldn't skateboard anymore due to a compound fracture in his heel.

So Kimball gave away all his skateboards to the kids living in the apartment complex he called home at the time. But after watching the kids ride on his boards every day, eventually, he got jealous and went out to ride with them.

“It didn’t hurt or anything and I could walk just fine. Oh well, doctors know a lot of stuff, but maybe not everything.”

From there, Kimball was back in the skateboarding world, building more ramps and for the first time, using concrete to build skate parks. In fact, he has multiple concrete parks just outside of his North Berwick home.

“I have five swimming pools that are concrete, now I’ve done the driveway over and connected them all," Kimball added.

Weird Wood Skateboards is one of Kimball's skating companies. A fitting name as there are 450 skateboards bolted and nailed in every room of the house.

Kimball has had a first-hand look at how the skateboarding scene has grown in his home state and he's doing all he can to make sure the growth continues.

A big step in that is building more parks. Green said now that there are more kids than ever before skating in Portland, the city needs to expand the current park or build a new one.

All this extra attention comes before skateboarding is broadcasted on the biggest sports stage in the world. In the Olympics, skating will be broken up into two events: street and park.

“I think it will become viewed more as a sport than as a hobby," Green said.

Those events and every Olympic event can be watched on any of the NBC Universal platforms including coverage on NEWS CENTER Maine.