The Midcoast Sternmen is part of the newly formed Pro Basketball Association which has more than 50 teams nationwide. 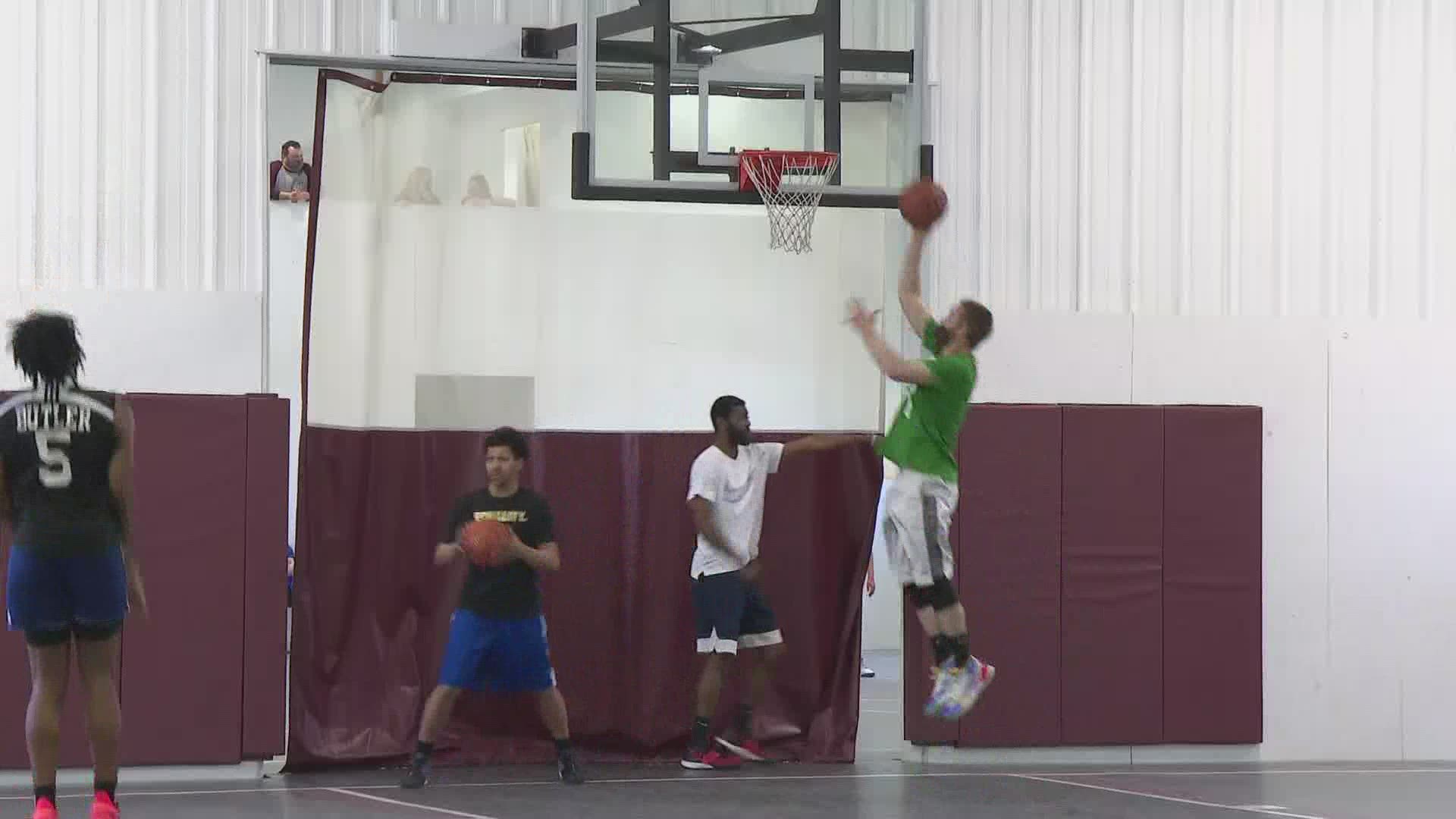 WARREN, Maine — Open tryouts for a semi-pro basketball team were held at the Midcoast Athletics Center in Warren today.

The "Midcoast Sternmen" is part of the newly formed Pro Basketball Association which has more than 50 teams nationwide.

The Sternmen are the only PBA team in New England and will play in the Northeast Division this spring and summer.

The PBA works under the NBA and NBA G-league and gives players a chance to grow as athletes.

While the players on the Sternmen may not be recruited to the NBA -- the team's owner hopes the players can go on to make some money by playing European teams.

Owner Brad Galley says, "A successful season for us is to have three or four guys from the Sternmen go on a play in Europe this fall, and the season lines up perfectly for that because we're done in August and then they start in September/October. So if we could take three-four guys from our team and have them go make some real money in Europe that would be a success."

Head coach Jim Graffam says, "This is obviously a new adventure that's coming to the Midcoast. We are very excited about the opportunity to impact this area by having professional basketball here. It is really gonna, I think, lift all of the basketball, the high school teams all the middle school teams stuff like that. So we are really excited about it."

The schedule is still being finalized but the sternmen are expected to take to the court in Rockland soon.

RELATED: Men's, Women's Final Four set: How and when to watch