The track opened in 1950 for thoroughbred racing. After harness racing was introduced in 1970, it reached its peak in the '70s and '80s. 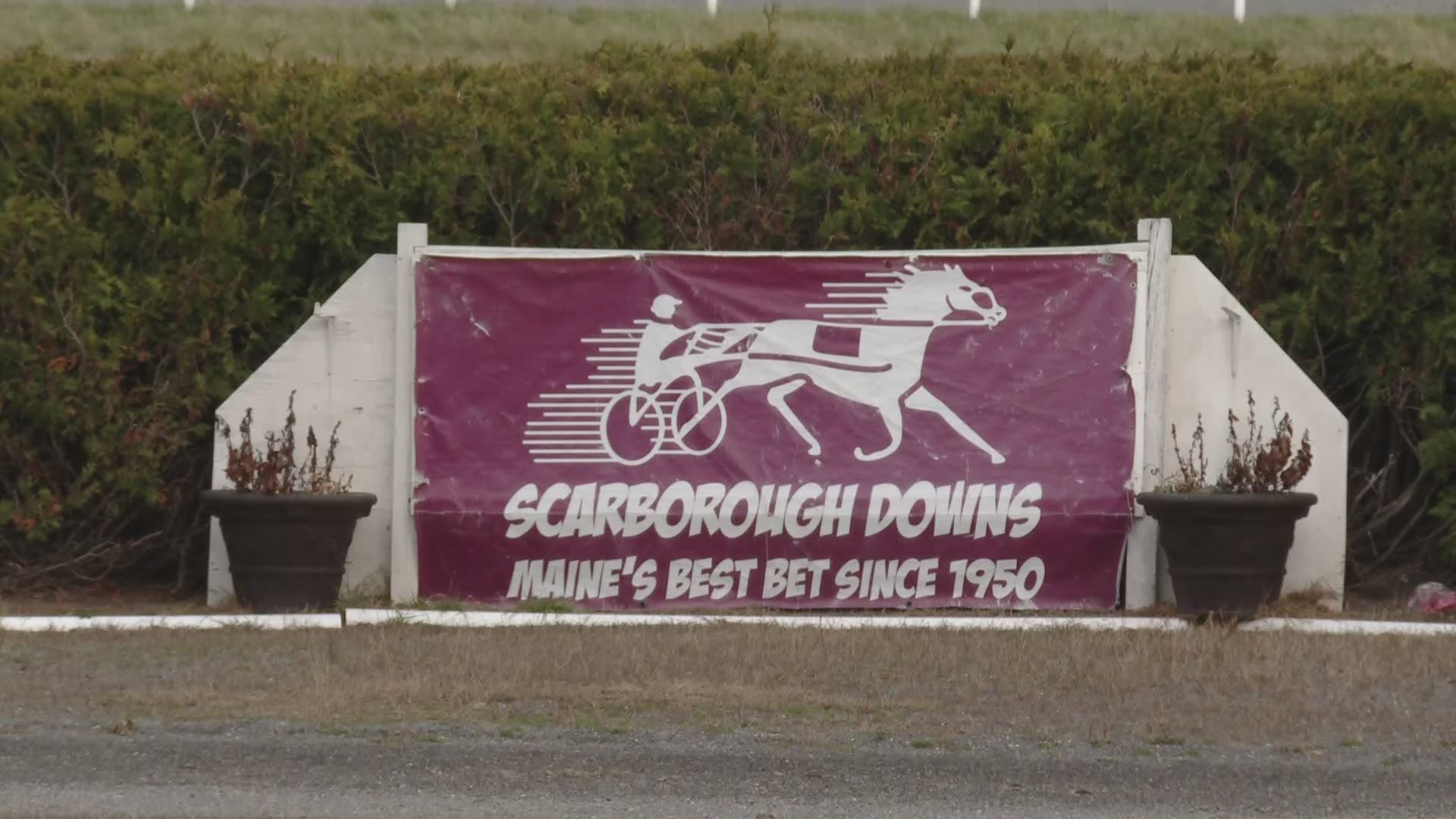 SCARBOROUGH, Maine — Scarborough Downs will halt live horse racing at the end of November, bringing an end to 70 years of racing at the track.

Mike Sweeney, the track’s publicist and race announcer, confirmed to NEWS CENTER Maine's partners at the Portland Press Herald on Thursday that the track will hold its last live harness racing event on Nov. 28.

According to the Portland Press Herald, Scarborough Downs has been suffering financial losses for nearly 15 years. Its future has been in jeopardy since the facility was sold in 2018 to a group of developers who have built around the track for the last two years.

“It’s a combination of things,” Sweeney told the Portland Press Herald. “The overriding sense within the industry is that harness racing needs something different, something that Scarborough Downs can’t offer.”

Sweeney told the Portland Press Herald the track will continue to offer simulcast betting through the rest of the year and will apply for a 2021 off-track betting license before the Maine Harness Racing Commission on Friday. Sweeney added that he's proud of what Scarborough Downs was able to achieve, given the COVID-19 safety protocols that have been in place for much of 2020.

“The racers, the trainers, and the drivers who’ve made their home here over the years, they’re sad. It’s a melancholy day for all of us,” Sweeney told NEWS CENTER Maine Friday. “But the fairs are going to be racing next summer. Bangor Raceway will be racing, I’m assuming, in the spring.

The track opened in 1950 for thoroughbred racing. After harness racing was introduced in 1970, it reached its peak in the '70s and '80s. However, the track began to fall off again when they stopped charging admission in the '90s and ended night racing in 2007.