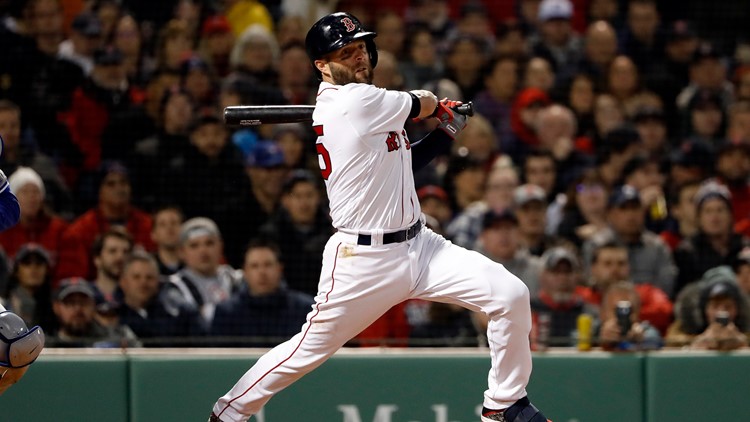 Photo by: AP
Boston Red Sox's Dustin Pedroia follows through on his RBI single against the Toronto Blue Jays during the third inning of a baseball game Thursday, April 11, 2019, at Fenway Park in Boston. (AP Photo/Winslow Townson)

The 35-year-old Pedroia started the season on the injured list with inflammation in his left knee. He was reinstated April 9 and appeared in four games with Boston, making four starts at second base and two as a designated hitter and going 2 for 20 (.100) with a walk, an RBI and a run scored.

To fill Pedroia's spot, Boston is recalling right-handed pitcher Marcus Walden from Triple-A Pawtucket ahead of Friday's game against the Tampa Bay Rays.