The Maine Mariners aren't playing, but the team's equipment manager is busy 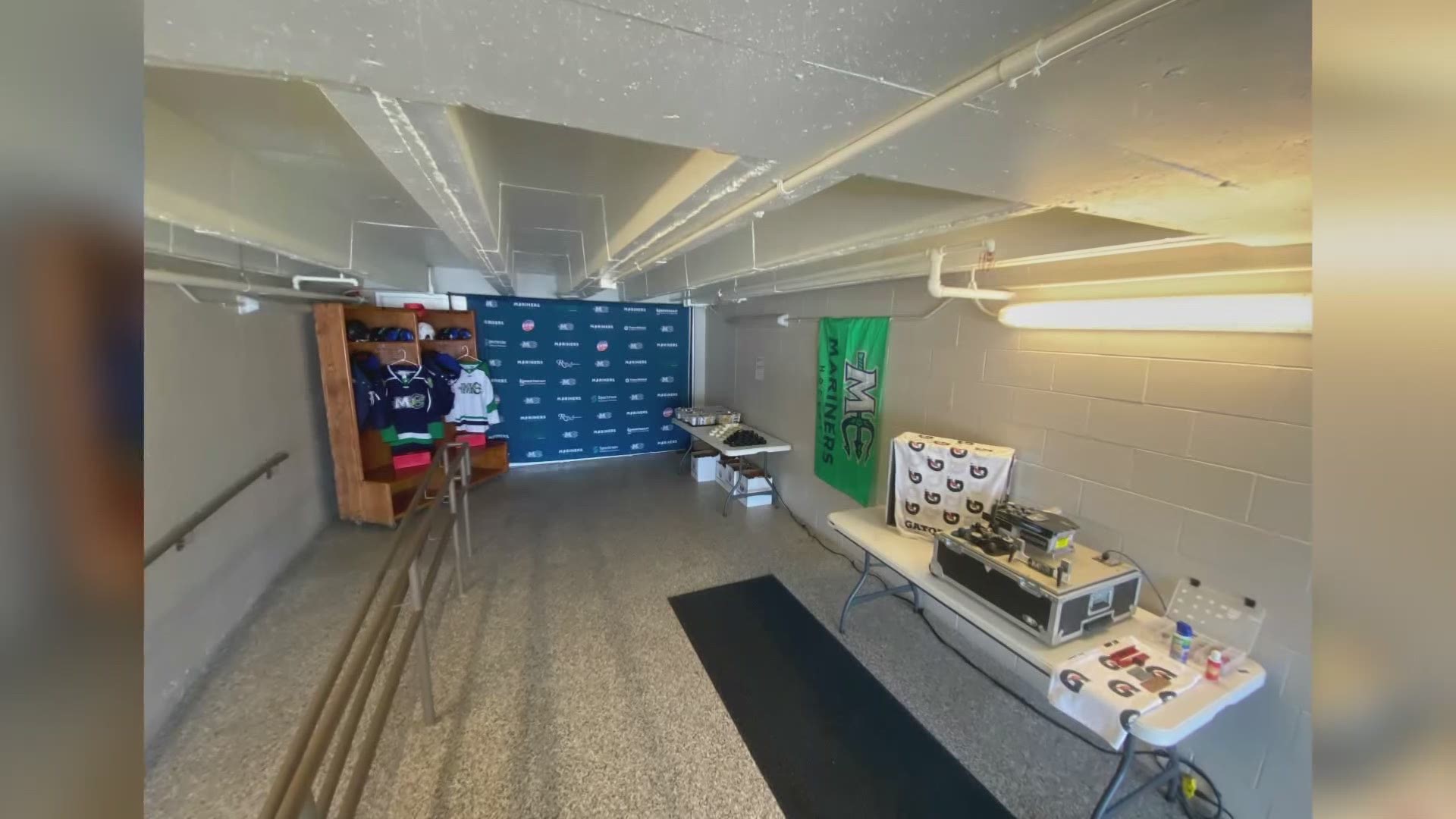 PORTLAND, Maine — Although the Maine Mariners aren't playing this season, equipment manager Jake Rogers will have his work cut out for him for the next few weeks.

Saturday was the first 'Pro Shop Saturday's' inside the Cross-Insurance Arena in Portland.  From 10 a.m. to 2 p.m. Rogers was sharpening skates, fixing gear, and repairing jerseys for members of the local hockey community.

"[The] hockey community, it's a small community and you'd do anything for one another," Rogers said.

Skate sharpening typically goes for $6 at any rink and that's what Rogers is charging when he runs the blades through the same machine that sharpens the Mariners' skates. All gear fixes will require an on-the-spot price estimate by Rogers.

But these proceeds won't be making it into his bank account. Rogers and the Mariners are donating all proceeds from this effort, as well as the proceeds from a raffle to local restaurants.

"Just trying to get people to think about hockey in Maine again," Rogers says, "and at the same time taking that money and giving it back to the local restaurants who have been struggling."

The idea of supporting restaurants came from the lack of team meals this year. Rogers said almost every day the Mariners team and staff would grab breakfast or dinner together and haven't been able to do so this season.

As a Maine native, Rogers also knows how folks in his state look out for each other when times get tough.

"At the end of the day, we just try to take care of each other, it's going to be a better world to live in," Rogers said. "So [I'm] just trying to keep that mind and do the best for everyone."

To take part in the program, you can reach out to Rogers directly, On Twitter and Instagram, his handle is @jrogers92. Due to COVID-19 guidelines, one customer is allowed in the equipment room at a time.