'We're talking about practice?' Yes, we are. After months of preparing, athletic directors are finally ready to play ball. 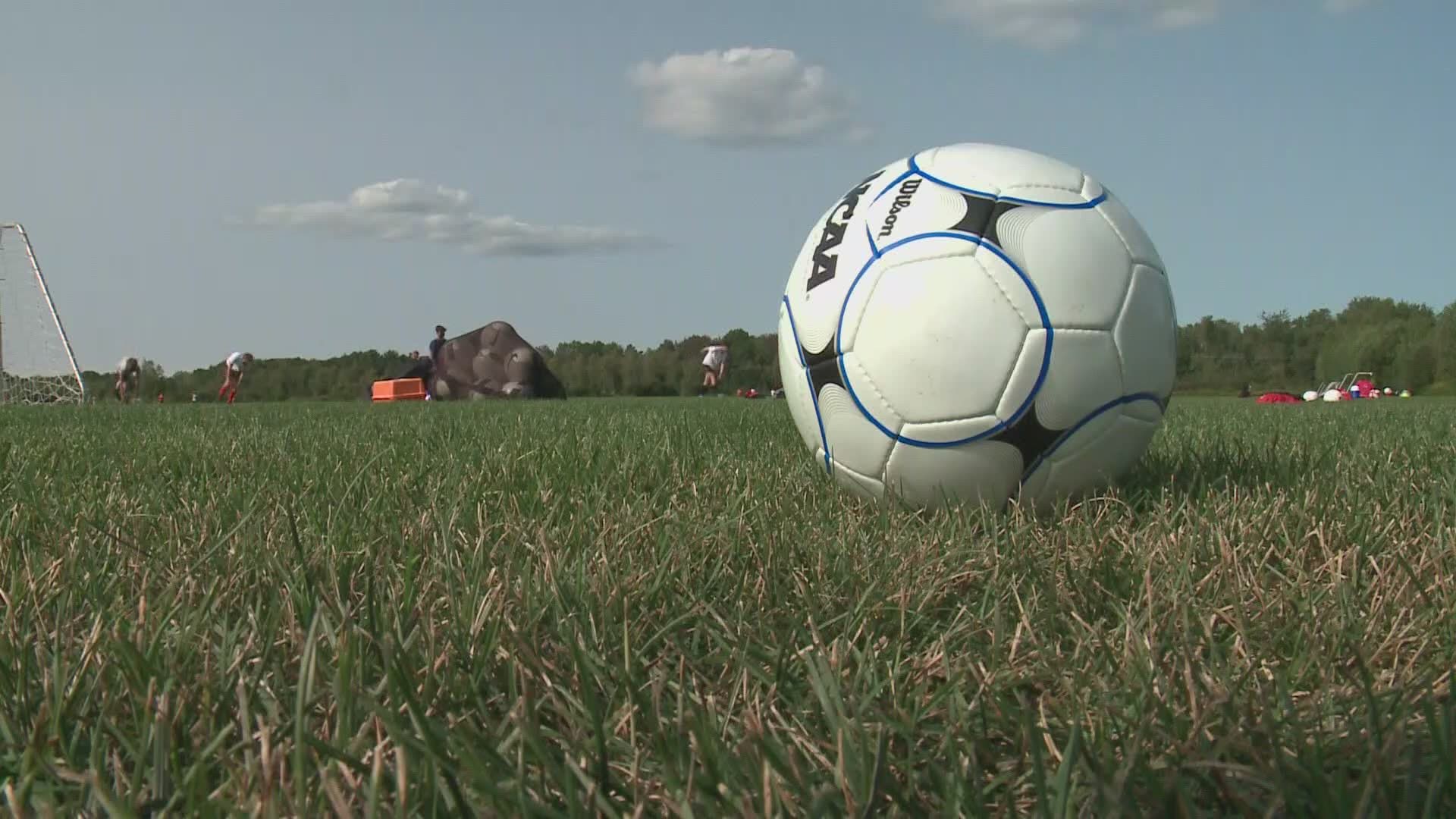 MAINE, Maine — On May 7, 2002, Allen Iverson of the Philadelphia 76ers went on a hall of fame-worthy rant during his media availability. The all-NBA point guard said the word "practice" 22 times during the press conference as Iverson was shocked when reporters asked him, not about the games, but practice.

But on Monday in Maine, practice is exactly what we're talking about (sorry A.I.).

Fifteen of Maine's 16 counties are cleared to return to the practice field for the beginning of the modified fall sports season.

A new wrinkle to this year's season is if any county is assigned a "yellow" designation by the Maine Department of Education, meaning schools must offer hybrid learning models, their sports teams cannot play. Right now, York County is the only county with that designation, so its student-athletes are sidelined for the time being.

Earlier this month updated guidelines released by the Maine Principals' Association (MPA), Superintendent's Association, and Mills Administration do not allow tackle football or indoor volleyball to be played this fall.

Individual school districts do have final approval if any sports are to be offered this season.

For those that do, cross country and golf teams will begin to prepare for statewide competition Monday. The two low-risk sports will finish their seasons with traditional state championships.

Soccer and field hockey, the moderate-risk sports, will play a regional "pod" based schedule, with no official playoffs.

The athletic director said besides mask-wearing, and sanitizing equipment, his student-athletes have more safety guidelines to follow, like taking a COVID-19 screening test.

"They answer those four questions and show our trainer a green screen with a checkmark and that lets us know they've taken the prescreening test, it's a really effective and quick tool to use," Archer added.

During another installment of the Pandemic Project Task Force, a learning community for Athletic Directors, coaches, and trainers, to meet and discuss new ideas regarding the upcoming season, addressed the new look scheduling.

Stevens is the Director of Athletics at Thornton Academy in Saco, and one of the founders of the Task Force that meets virtually every two weeks.

He is also in charge of coordinating soccer schedules for many schools in the area, despite his own school being in the yellow designation.

“So, you will see schools playing schools from other conferences under that format," Stevens said. “We’re going to defer plugging those actual dates until we know that we’ve got the green light to begin practice.”

Even though tryouts and practices will begin after school Monday, they will look a little different.

Livingston said at South Portland, the school will use multiple entrances for student-athletes to get on the field, utilize separate parking lots for the boys and girls soccer teams, require mask-wearing before the practices begin, and make sure plenty of space is in between equipment.

“I think you’ll see a lot of instruction from the coaching staff on just following proper protocols [Monday]," he added.

Like many athletic directors, Livingston was working more this summer than ever before, including working 14 straight days these past two weeks. Regardless of what the schedules look like, he's happy for competition to resume.

“As far as we’re concerned, I don’t think it matters who our opponents are, just having the opportunity to go out and play is the most important thing," Livingston added.

There are some more unique challenges for schools in Aroostook County.

“We’re all set to go and now we’re going to be breaking on Friday for three and a half weeks until after Columbus Day for the annual potato harvest," Mark White, the athletic director at Presque Isle High School, said during the Task Force meeting.

Because of the modified pod schedules, the season will be shorter which means some schools, like ones in York or Aroostook County, can still play a "full" season even if they get a later start.

Timothy Spear is the Athletic Director at Gorham High School and said during the meeting that his program is taking a positive approach to the season.

Back in Orono, Archer mentioned he is glad his kids are able to play sports for the first time since the winter season.

"They're so relieved that they're going to be able to come out on the field and not have to go what they went through last spring again," he added.

As for the plans for football, many schools are working to finalize 7 v. 7 touch or flag leagues in similar pod schedules for the fall. Livingston adds schools in the Portland area are still finalizing the logistics before anything is announced.

Although this season will look different, student-athletes around Maine will have some sort of chance to play and compete. And it all starts with the first day of practice on Monday.