Powered paragliding is rising in popularity possibly due to YouTubers who are making the sport more visible. 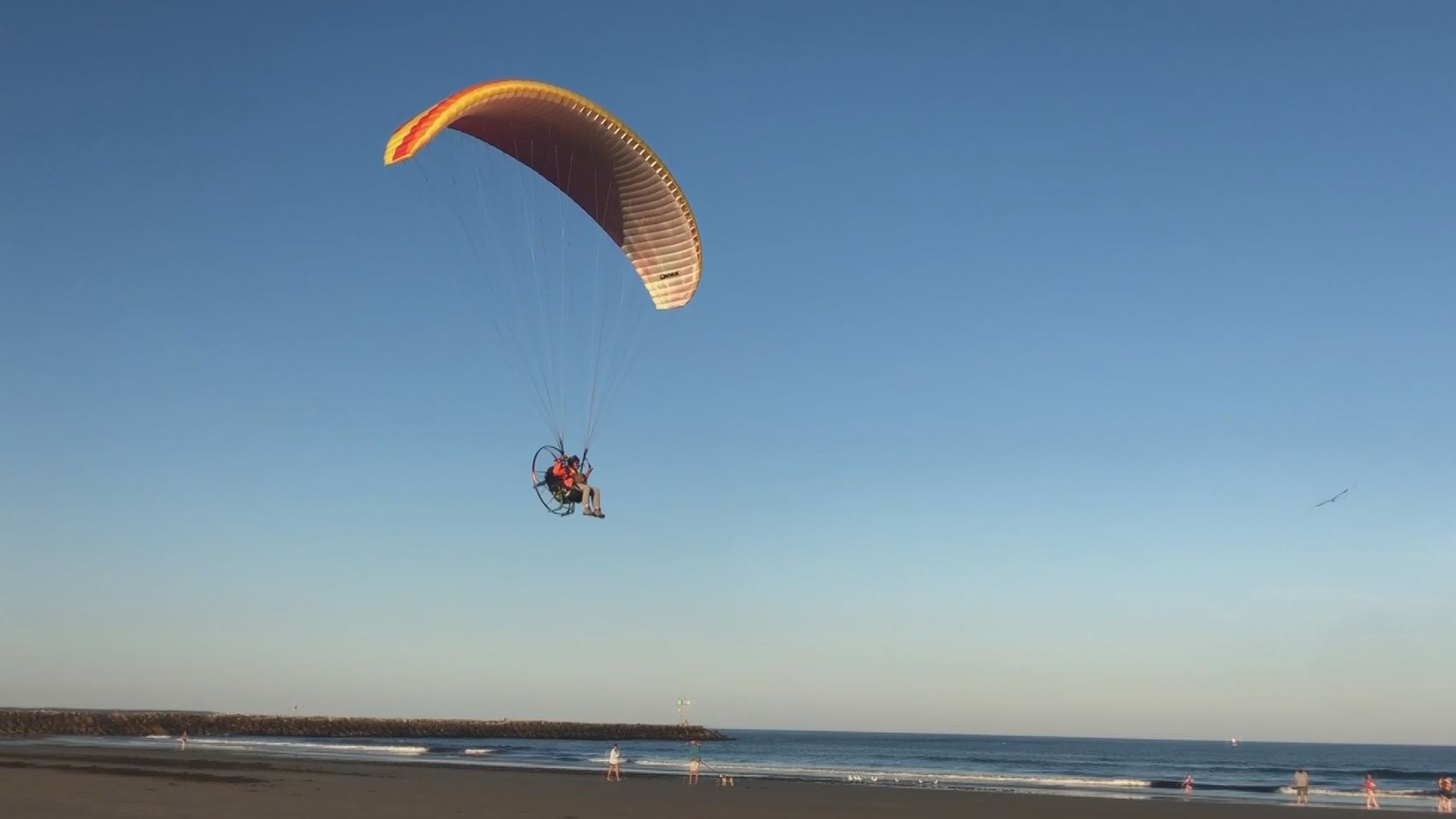 SANFORD, Maine — Beachgoers on the coast of Maine this summer may have noticed the sight of something a little unusual, pilots strapped to motors soaring over the beach.

Powered paragliding is a sport that is soaring in popularity, according to instructor and founder of School of Personal Flight Dave McNulty.
He has been flying for ten years and started his school in 2015. For the first time, he has a waiting list of 12 people deep. He has even taken on another instructor to help.

McNulty says a handful of YouTubers are like ambassadors for the sport and are helping drum up interest.

That is the case for first-time pilot Juan Jose. The 37-year-old drives from Haverhill, Mass. to fly and on a warm summer's night in August Jose, prepped by his instructors, is ready for his first flight.

"The first time I saw it it was a youtube video," Jose admits the video piqued his interest and then he found McNulty's school.

Pilots strap a lightweight motor to their backs steadied in a frame and overhead flies what the untrained eye might think is a parachute but it is really a wing. Pilots carry about three to five gallons of fuel on their backs and can fly around 90 miles at average speeds of 25 mph. Landing is the easy part McNulty tells me, take off is the trickier of the two.

It sounds simple even sensible but seeing a man strapped to a motor in the air is anything but.

"How I teach I explain that yes it is a dangerous sport but here are a few things that you can do to help yourself from becoming a number," McNulty explains that safety is paramount in his training and his flying.

The sport is time-intensive and expensive. The gear alone costs around $12,000. Still, the four pilots flying at the Sanford Regional Airport on this summer's eve are hooked.

"We aren' t just a bunch of crazies with butt fans," McNulty explains. "We're actually sensible human beings who are trying to stay safe while still having fun."
A birds-eye view and adrenaline rush are some of the reasons people are attracted to the sport but Dave puts it best.
"It's fun!"

After lots of ground practice, raising his wing, and after replacing a faulty spark plug, Jose takes his very first flight and his gears maiden voyage.

I catch up with him still out of breath just seconds after he lands."It was great. My first flight couldn't have gone any better."

Jose says this only the beginning for him.

"It feels free you know, you can see everything...You just have to be up there to see it."