Players, parents hope the State hears their plea to 'let them play'

Players and parents hope the rally Monday will make a difference—and that someday soon they can get back onto the field, doing what they love. 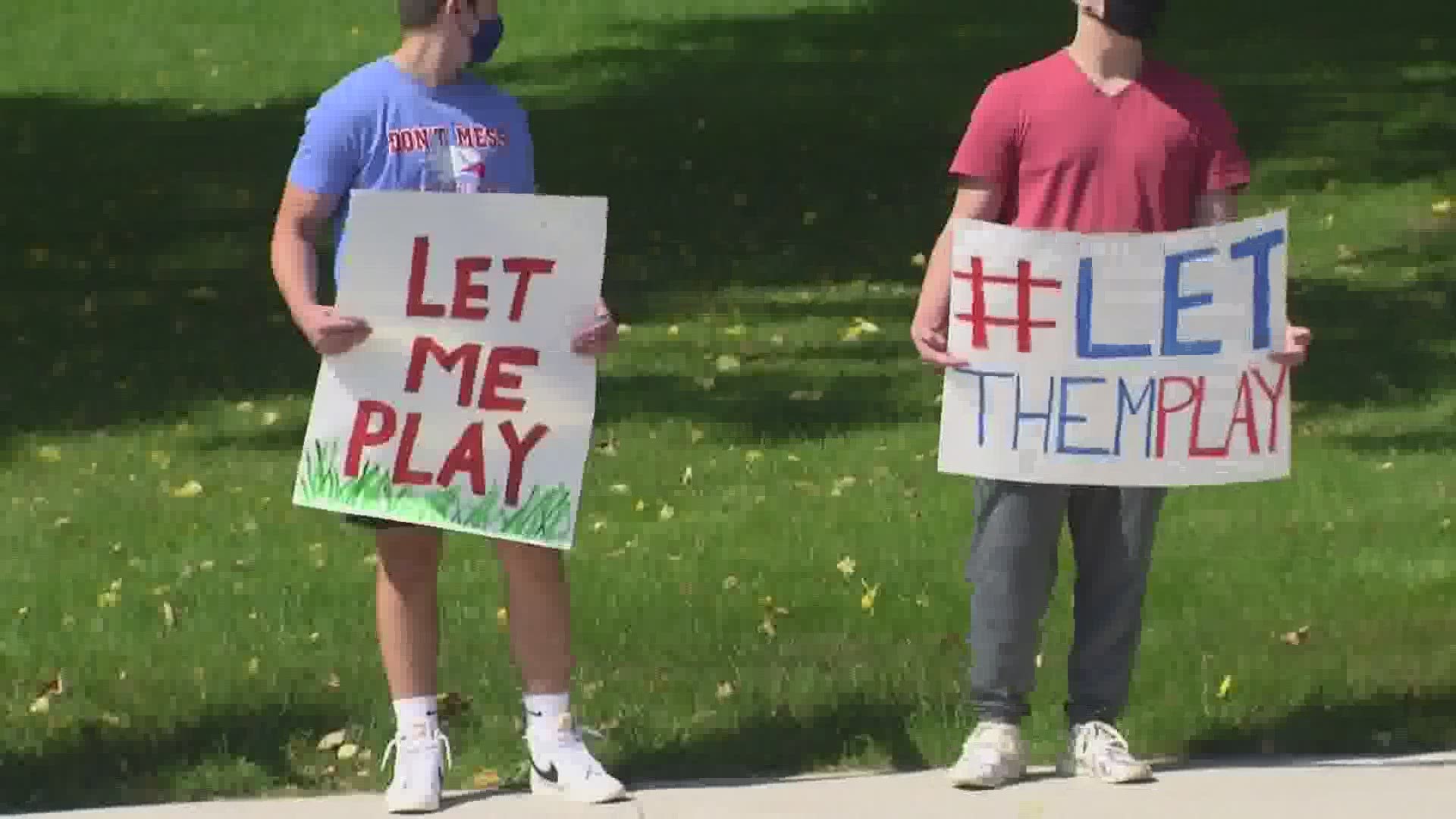 AUGUSTA, Maine — Student-athletes should be preparing for the start of their fall sports season. Instead—they and their parents are rallying at the State House in Augusta.

Their message is clear: they want to play.

“Let them play” rally organizer Jennifer LeBlanc said, "We're hoping that our leadership in Augusta gets our message.”

The rally comes just one day before the original start date of the fall sports season. Teams were expected to begin practicing Tuesday, September 8, before the Maine Principles Association (MPA) opted to delay the start of the season until September 14.

The MPA decided to postpone the season after the State sent a letter to the association, raising concerns over their guidance and urging a delay to the season so the concerns could be properly addressed.

"For a lot of my teammates, and for me, it's my life," Brewer High School Sophomore Cameron Hughes said. "I dedicate almost all of my time to football. Not having it would just be a killer and hurt a lot to work so hard and just not have a season. Especially for my seniors."

Francesca Caccamo plays field hockey. She says she and her teammates have been practicing all summer and have been taking precautions.

"The fact the decision keeps changing and getting pushed back it's really frustrating as an athlete,” Francesca said. “We've been social distancing and when we get to practice, we all wear masks until we are spread out. We set out bags six feet apart."

Right now, the state's latest community sports guidelines, which were issued last week, recommends only golf and cross country should be allowed to play statewide.

More high-risk sports like football and volleyball should only be played inter-squad, meaning teams from different schools shouldn't be playing each other.

"We've been practicing and working our butts off and we don't even know if we are going to have a season,” Ezra said. "It has a lot to do with mental health. Some people this is all they look forward to. It's the only reason they go to school. For some people, this might be the only chance to go to college."

Players and parents hope the rally Monday will make a difference—and that their voices will be heard. Most importantly, that someday soon they can get back onto the field, doing what they love.