A record number of any-deer permits were awarded this hunting season. State officials and hunters alike have seen an increase in youths stalking the woods this year 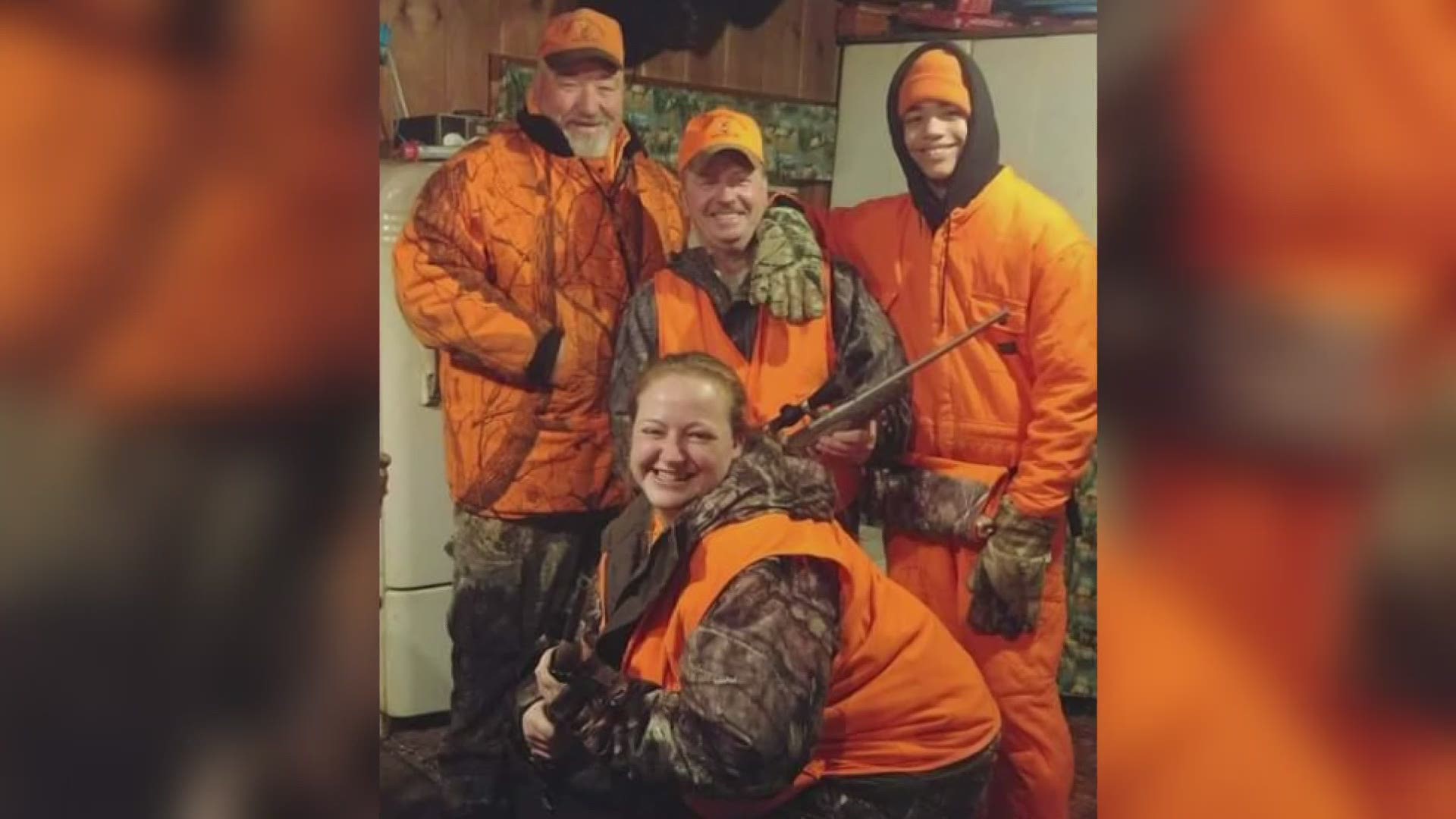 MORRILL, Maine — It's pretty easy to tell the Whitney family is all about hunting. The family has camps in Morrill and Ashland designed to provide easy access to Maine's woods in hopes of tagging a doe or buck.

The tradition of hunting in the Whitney family started generations ago and fate was on their side before this season even started.

“I was pretty young myself, my father started taking me out when I was ten years old," Aunt Kathleen said. “It’s family time, memories, you know physical activity out in the wild and it’s just amazing.”

“When I was finally drawn for a moose permit it really meant a lot for me to try to get this done, get this grand slam done, for my family," 15-year-old Jarad said.

For the first time in decades, the Whitney's had a moose permit. Jarad took advantage of the opportunity and then some.

The hunting grand slam is shooting a bear, deer, turkey, and moose in the same season in Maine. Like grand slams in other sports, it's hard to come by. Jarad's great-grandfather and grandfather never achieved the slam in all their years in the woods.

He may be young, but Jarad has been in love with hunting for nearly a decade.

In his final season labeled as a youth hunter, Jarad spent no time getting the bear. He said he checked that animal off the list on the first morning of the first day of bear season.

The moose and the deer were tagged and the pictures were taken and like any athlete, the thought of completing the grand slam was on Jarad's mind. And like any good sports movie, it came down to the final moment.

“It was really nerve-wracking because I actually had an opportunity at the turkeys earlier that morning, but I messed it up because they spooked when I was going through the pasture," he said.

On the final day of turkey season, the youth hunter needed to fire one more shot for his chance of the slam. Luckily, fate was with the Whitneys all along this season because later that day, Jarad finished the job.

While it was a great year for the young fella, Kathleen is still waiting to tag her first deer. She has two permits and is hopeful that when the family goes to Ashland next week, she'll finish the season strong.

“(I need the) change of territory, change of scene, maybe the rut will be different up there," she said smiling.

As the firearms season comes to a close on Nov. 28, hunters and state officials have time to look back on the season as a whole.

“We’re on track to be ahead of last year," Department of Inland Fisheries & Wildlife Communications Director Mark Latti said about the number of deer tagged. "Which makes sense because we’re seeing more people outside, we’re selling more licenses, and people are having success.”

More than 100,000 any-deer permits were awarded this year and many of the hunters who took advantage were youths.

“The department’s done a lot of work trying to get people to take out young hunters, to mentor them, to introduce them to the sport," Latti said.

Mentoring hunters is exactly what Daniel Bell does. Bell is an administrator of the 'Maine Deer Hunters' Facebook Page. On the page, hunters show off their gear, offer advice, and of course, show off any harvests.

“It’s been phenomenal so far this year," Bell said. “The focus has been on education, ethics, it’s just been a great thing to see.”

Although Jarad Whitney had a successful season as a youth, he said he wants more kids his age to understand the tradition of hunting and spend more time in the wilderness like he was taught from a young age.

Bell added the future of the sport is in great hands if the younger generation is ready for the task.

“It’s up to them. If they’re not going to keep that knowledge then we’re going to lose our tradition.”