A salmon conservation groups says it has intercepted farmed salmon that it believes escaped from aquaculture operations close to the Canadian-Maine border. 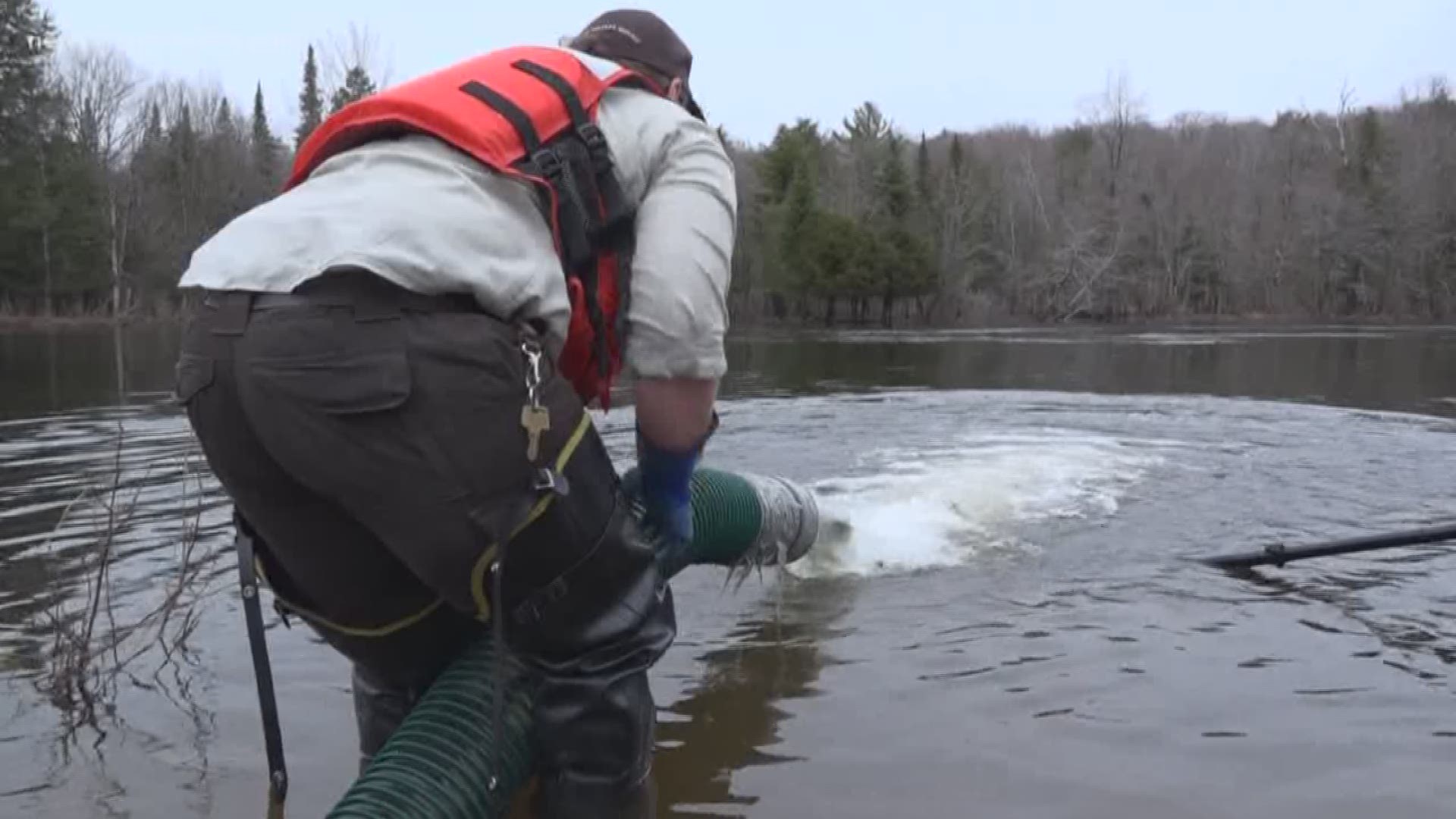 ST. ANDREWS, NB — A salmon conservation group says its researchers have intercepted more than 50 salmon it believes escaped from aquaculture operations near a river close to the border of Canada and Maine.

The Atlantic Salmon Federation says the fish were found attempting to enter the Magaguadavic River through a fishway at St. George, New Brunswick. The group says it's concerned about the possibility of escaped farmed salmon getting into rivers in New Brunswick and nearby Maine.

The group says the collection of 53 escaped salmon is the most since 2013, when 91 were captured in a live trap at the top of the fish ladder. The fish are euthanized and eventually sent to Canada's government for analysis.

The salmon federation says spawning between farmed and wild salmon is dangerous for fish populations.