Jake Hiles reeled in the new Virginia state record Bluefin over the weekend. 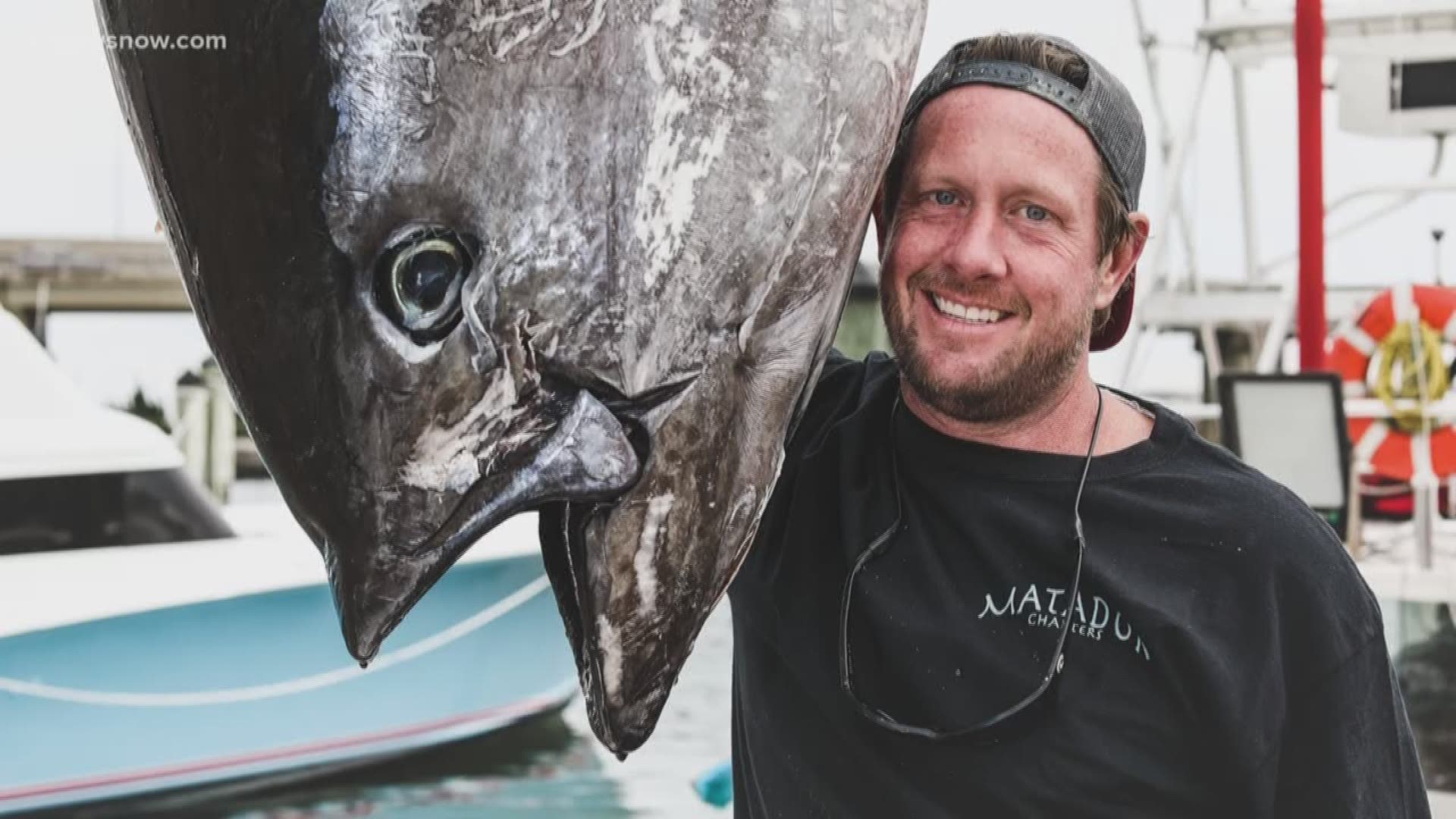 It all started at Rudee Inlet Saturday morning. That night, the fisherman and his buddy Jeff Landis would be 80 miles southeast, off the coast of North Carolina.

“In an area called the Tuna Hole,” said Hiles.

The plan was to catch big tuna, but what they didn’t know was that in less than 24 hours, hundreds of people would be meeting them back on the docks in Virginia Beach to witness history.

“Setting this record was my goal for the winter,” said Hiles.

After wrestling several big fish that night, Hiles was exhausted and had nothing to show for it. He decided to try and get some sleep.

After an exhausting hour-long fight, Hiles had reeled in a new Virginia state record Bluefin tuna. The fish weighed in at 708 pounds,  the biggest tuna ever caught recreationally in Virginia.

“Took almost two hours to get it into the boat,” said Hiles.

Because the fish was caught recreationally and not commercially, they weren’t able to sell it. So Hiles posted an open invite to Facebook, asking people to meet them at Rudee Inlet for free sushi-grade tuna.

“There were probably 300 or 400 people there,” said Hiles. “And within one hour the entire fish was gone.”

It was a record-breaking weekend only made sweeter by something personal for Hiles.

The previous record-holder was his friend Chase Robinson, a young fisherman who passed away in 2015.

“While records were meant to be broken, I always thought Chase would want one of his friends to break his record,” he said.