Before Salsbury Cove postman Jeremy Averill began his shift Tuesday, he paddled more than two miles on his surfboard from his home in Bar Harbor 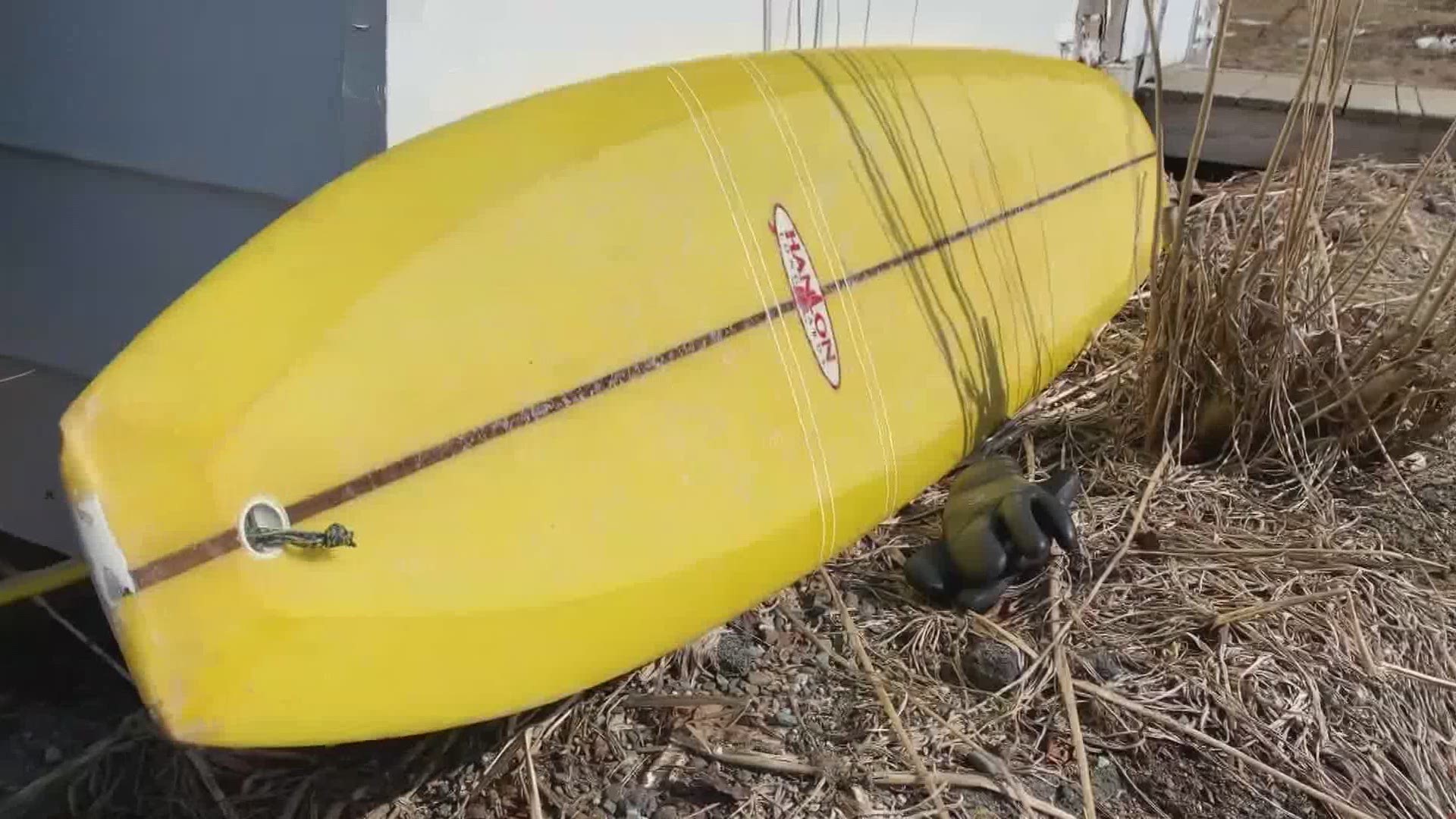 MOUNT DESERT, Maine — It was just after 11 a.m. on Tuesday when Salsbury Cove postman Jeremy Averill clocked in for work.

The help window located inside the village's small post office doesn't open until 12:30 in the afternoon but Averill needs to plan ahead because his commute to work isn't always reliable.

But on Tuesday, Averill arrived with plenty of time to change from his wetsuit and put on his postal uniform, thanks to the calm waters.

Whenever he can, Jeremy Averill gets on his long surfboard and paddles to the post office. He's been taking on this adventure since February.

“Today was one of the warmer days I’ve actually done it," he said.

The New Hampshire native grew up visiting Bar Harbor and he now lives in the family's home with his wife and kids.

“I had never been out on the water here. I’ve been surfing for a number of years, so I know how to surf," Averill said.

He moved his family up to Mount Dessert Island last August. Averill then quickly landed the job as the postman in Salsbury Cove. In the small village, Averill said the post office is a community spot for residents.

After riding his bike the two miles or so from his home near Hadley Point in Bar Harbor, Averill had enough of the two wheels and spokes.

“I was sort of feeling claustrophobic and I was like oh I need to do something. I’m like, I could paddle my surfboard to work, so I got my wetsuit and started paddling to work.”

He does it every day he can.

As you'd expect, folks were impressed when they saw Averill walk his surfboard to the post office for the first time.

“A few of the residents came out and they’re like, ‘did you paddle over here?' They were sort of amazed," he said.

"They just thought I was crazy because they’ve never seen anyone in the cold-water paddle here.”

Although many are impressed with the more than two-mile journey, Averill is not. He said many cold-weather surfers paddle around in harsher conditions.

His 45-minute or so journey is a great chest and shoulder exercise according to the paddle expert. Averill said it was tough to find his way the first couple of times as Maine's rugged coastline makes it tricky to follow key makers.

With the great view to watch dad, Averill added his son wants to go with him one day if he gets a warmer wetsuit.

One paddle workout is enough for Averill Tuesday. Most days he calls his wife or a friend for a ride home.