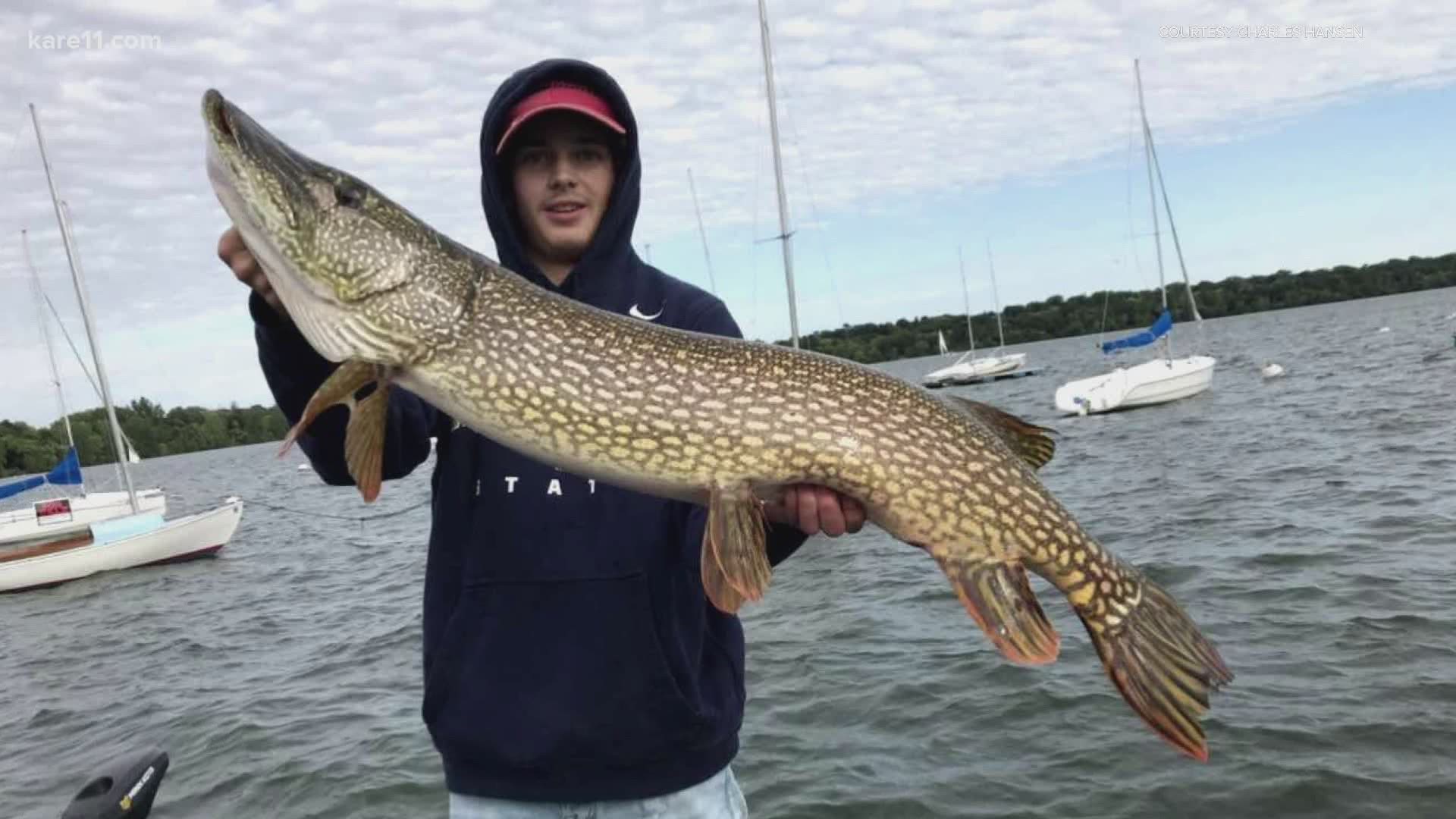 MINNEAPOLIS — Some swimmers will be thinking twice before dipping a toe in Lake Harriet, after seeing pictures of a huge, toothy fish reeled in recently by a teen angler.

Charles Hansen, a neighbor of KARE 11 meteorologist Belinda Jensen, shared pics of this gargantuan northern pike, which he measured at 41 inches long with a 18-inch girth.

In a text message Charles said he was on the water with his friend Parker Brown Tuesday night when the fish hit just before 5:30 p.m. It took about 10 minutes to get the monster to the boat, where Parker was waiting with a net.

Charles put a tape measure to the northern, took pictures quickly and released it back into Lake Harriet. It "swam off perfectly," he said, meaning someone else may experience the thrill of landing a true trophy fish.

The website Lake-Link Minnesota says the largest registered northern pike ever caught in Lake Harriet measured 38.2 inches, meaning Charles may now be an unofficial record holder. The Minnesota Department of Natural Resources (DNR) says the agency doesn't keep official records for individual lakes, and while the pike Hansen reeled in was huge, it is not the state record. That was set by someone who caught a northern pike that was 45 1/4 inches long.

Credit: Charles Hansen
Charles Hansen says he's caught muskies bigger than the pike he reeled in Tuesday, but not by much.

Charles says he previously caught a 38-inch northern pike on the Canadian side of Lake of the Woods, and has landed Muskies bigger than the fish he caught Tuesday night. Still, he considers it "a pure trophy northern pike."

Hansen is going to be a senior at Benilde St. Margaret's High School this fall.