The stretch of cold weather has allowed Lost Valley ski area in Auburn to begin its snow making for the season. 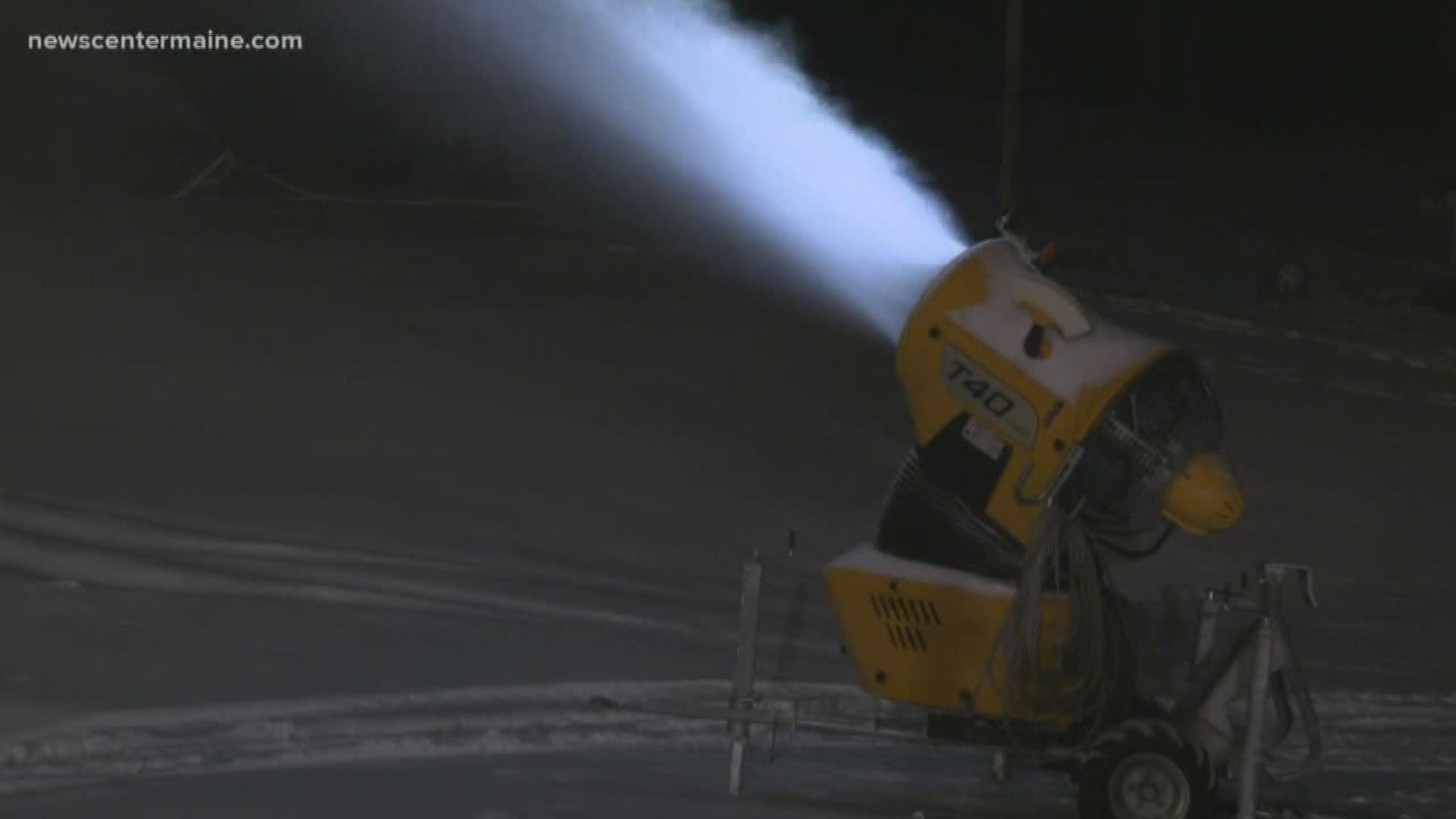 AUBURN, Maine — This week's cold weather has proved to be good news for some. Lost Valley ski area in Auburn has used the opportunity to begin snow making for the season.

Lost Valley hopes to open for the season on December 13, however Herrick says, if cold weather continues, and if there were to be a large snow storm, the mountain could open earlier.

"When I see cold weather, or even snow in the forecast, we all do a little jig," said Herrick.

The cold temperatures may be ideal for snow making, but those actually monitoring and operating the snow guns have to spend hours outside in frigid temperatures.

"It's not a glorious job, or a cushy job," said Herrick.

Just minutes after NEWS CENTER Maine spoke with Herrick, that line played true. His colleague Smith left the lodge to make yet another trip across the mountain to check on the 12 snow guns currently in use.

"I think the guys kind of attracted to it kind of love those challenges, but yeah... there's a lot of work involved," said Smith.

Smith will be working with the rest of the mountain crew to get the slopes operational for their target opening date. After that, snow making doesn't stop. His crew will works through the season to keep the trails at Lost Valley in the best shape possible.