Ski areas gear up for an April snowstorm

Mountains like Saddleback, Sunday River and Sugarloaf could see anywhere from 4"-8" of snow just days before the end of the season 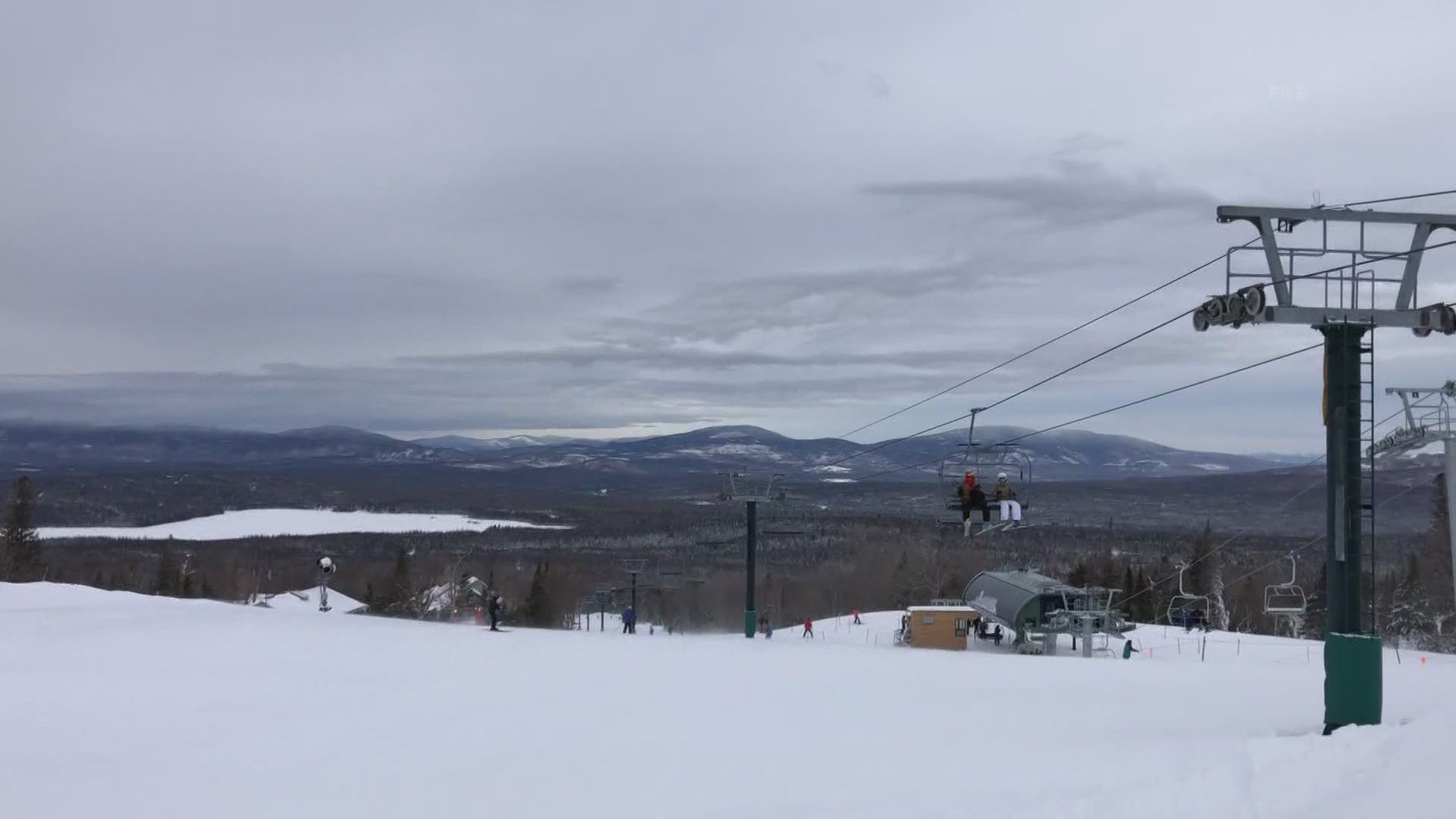 MAINE, USA — With just days left in the ski season at some of Maine's most popular ski areas, an unexpected helping of snow is expected to fall in the state.

Mountains like Saddleback, Sunday River, and Sugarloaf are expected to see somewhere between 4" to 8" inches of snow Friday.

"We're probably a little different in most in that we like snow any time of year," said Ethan Austin, director of marketing at Sugarloaf.

"Any snowstorm is a great time at a ski area, but April snow is always super fun because it's not expected," said Sunday River director of communications Karolyn Castaldo.

The snow will be one last hurrah for skiers with only a few days to spare before mountains close for the season. Saddleback ends its season on Saturday, April 17, while Sugarloaf and Sunday River are expected to end their seasons the following weekend.

The snow is coming at an ideal time, too, as Sugarloaf and Sunday River will be open through Maine's school vacation week.

"It's kind of a nice treat to be able to offer daily skiing especially during the Maine April break this year," Castaldo said.

"With Mother Nature kicking in, it's a great way to end the season," said Saddleback general manager Andy Shepard.

Saddleback is just winding down its first ski season since reopening this year. Shepard says that businesses this year exceeded expectations, including more guests than expected, and positive feedback from mountain goers and local businesses.

"We actually exceeded our expectations for this year, in just about every way," said Shepard.

Officials with Sugarloaf and Sunday both say it's been a positive year at the mountain despite limitations amid the pandemic. Both are now looking towards the offseason, which won't provide much of a break.

"Our golf course is going to be open this summer. We're going to reintroduce a lot of the activities that we weren't able to run last summer," Austin said.

Maine's ski resorts were greatly impacted by the pandemic in the offseason, with many unable to host large events like weddings.

Saddleback will be keeping its brew pup open year-round as well as outdoor programming to encourage all-season visits to the Rangeley area.

But before any of those activities can happen, there's a helping of fresh April powder that needs to be groomed.