It takes a small village to put on a water ski show. In Sanford, they've been doing impressive free shows every summer for more than three decades. 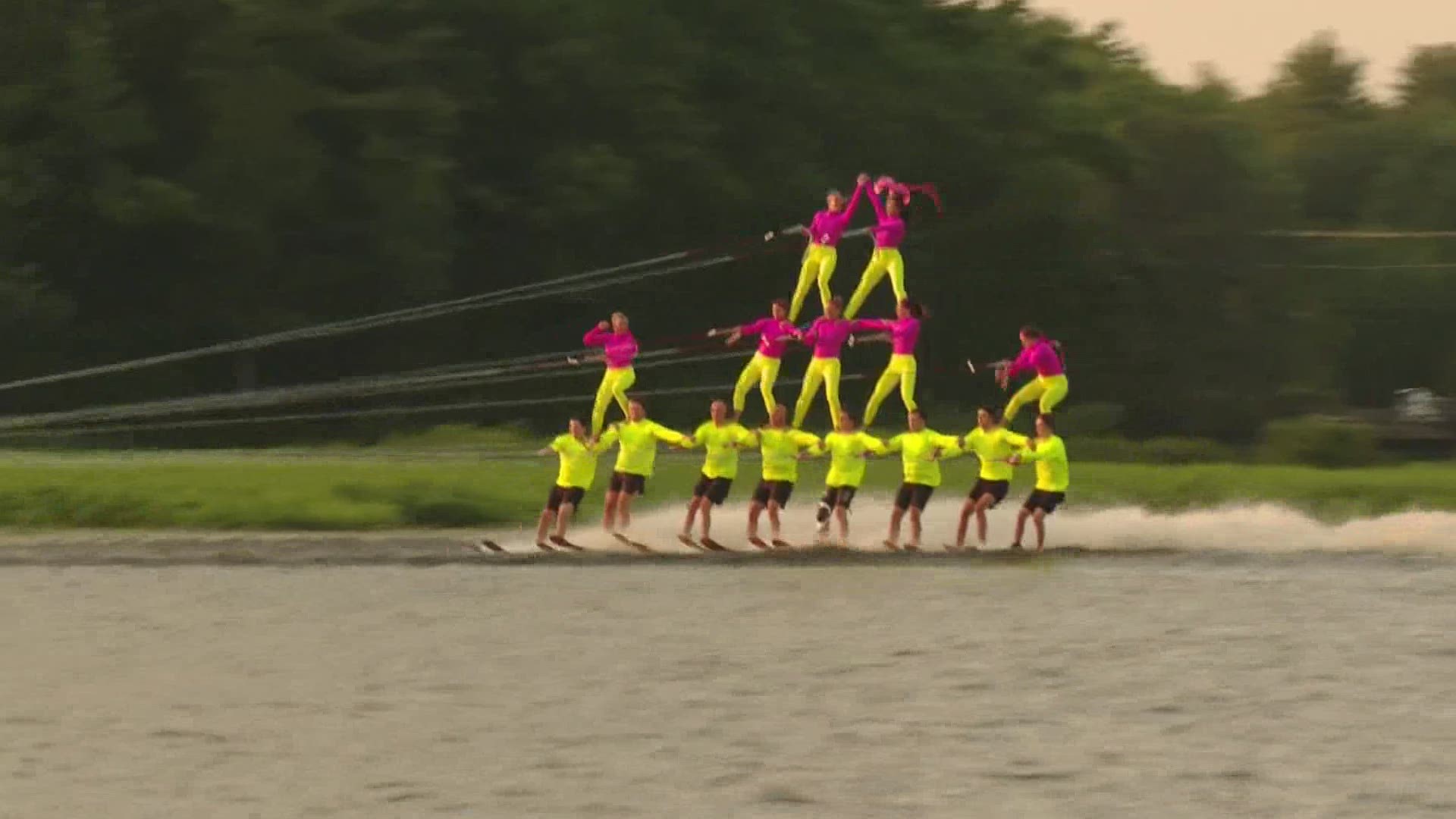 SANFORD, Maine — On summer evenings in July, Number One Pond in Sanford is abuzz as more than 40 water skiers, from 6 to 60 years old, glide across the water.

For 33 years the Maine Attraction Water Ski Team has been putting on world-class shows, delighting spectators that line the edge of the pond with four-tiered pyramids and 20-foot jumps.

At the helm of the more than 75 member team from announcers, boat drivers, and rope organizers, is Katie Gray. Gray comes up with a theme every year, choreographs the dancing onshore, and writes the script. She grew up with skis on her feet being dragged behind a boat and learned the ropes of water ski shows from her parents, Mark and Lori Hegarty.

"You have to have a love for the sport to do it as long as we have," Mark said.

The Hegartys were professional water skiers for SeaWorld and brought show skiing to the Sanford area though Mark is quick to acknowledge that there was already a well-established water skiers club on Square Pond in Acton.

Mark now drives one of the shows four boats while wife Lori still dances, twirls on skis, and tackles the jump. This year Lori is doing it on a new hip. She said it's all about the crowds.

"They can come and enjoy, for practically nothing maybe a donation if they're willing and yet (they) don't have to travel to Florida to get to see a spectacular performance," Lori said.

The team is a non-profit and they do pass donation buckets at their shows. Gray said there is a lot to pay for from the skis, equipment, costumes, gas, and upkeep of the boats.

Number One Pond is an old, shallow millpond. Decades ago, logs once sailed down its waters, some sunk. Once in a while, one of the team's boats will find one.

Many of the skiers have been on the water since they were young, but the team welcomes newer skiers to the sport as well. The team is a serious commitment with members started in the gym in January and hitting the lake three nights a week in June and July.

You can catch the last Maine Attraction Water Ski Show Team Thursday, July 29 at 6 p.m. at Number One Pond in Sanford.

Things don't always go as planned but Gray reminds her team to shake off the wipeouts.

"The biggest thing is that when we think we've had a bad show the audience has no idea. I try to remind the team at the beginning of the show, 'if you fall it's okay. The show goes on. They're still amazed that you're out there and doing the things that you do,'" Gray said. 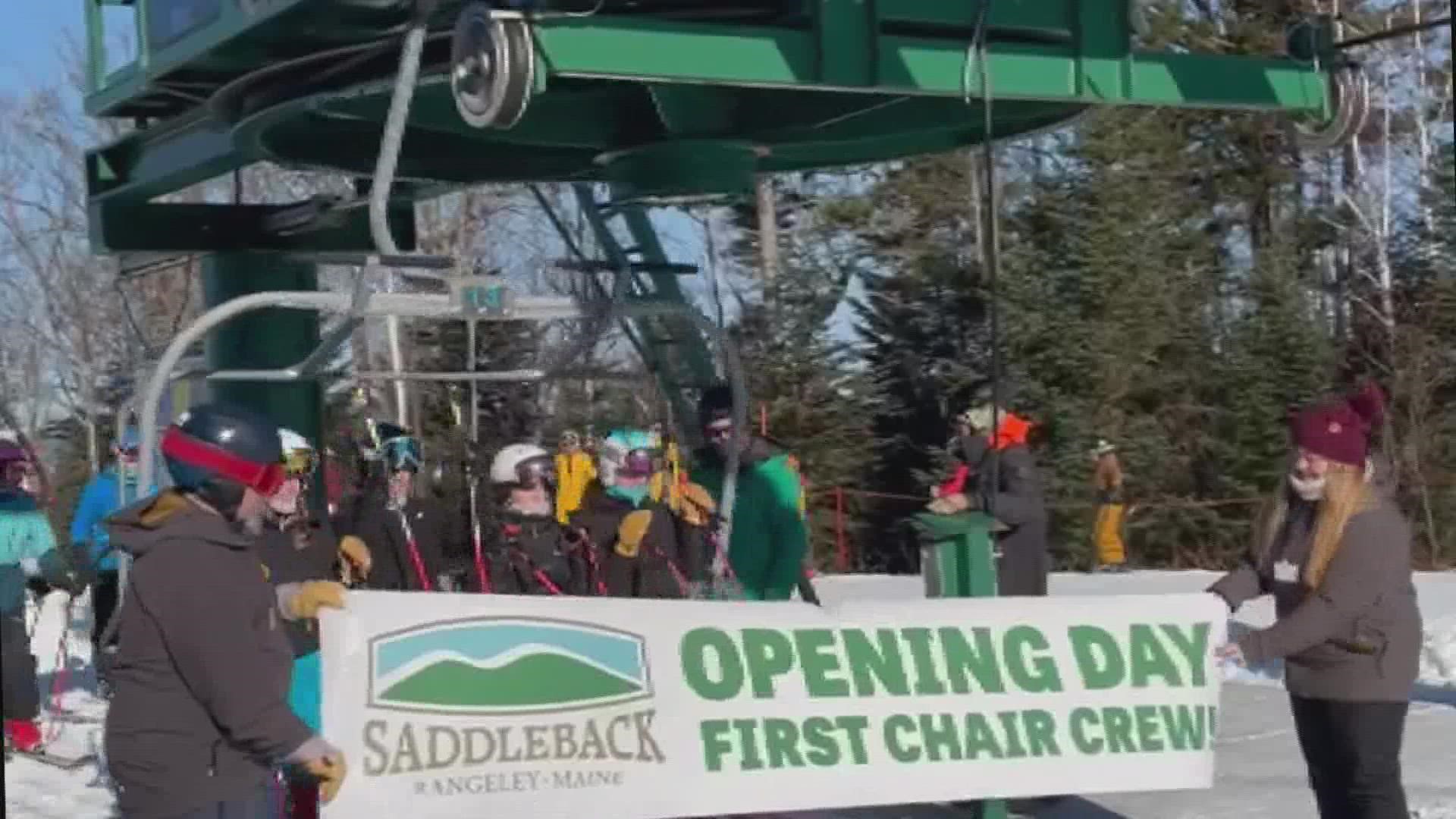