The ski area has been closed for five years and was purchased by Arctaris Impact Fund. 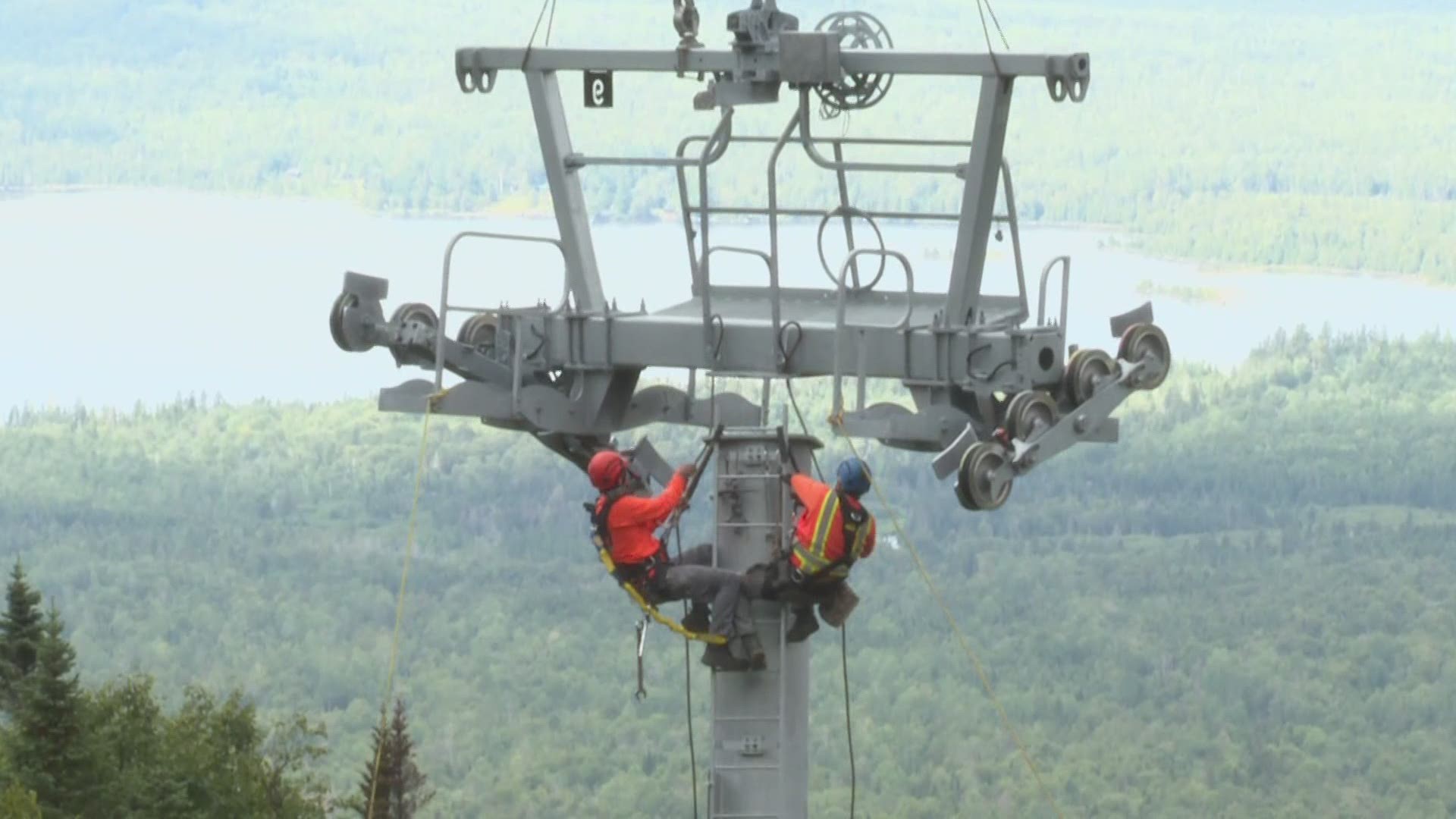 RANGELEY, Maine — It's been five long years for those in the Rangeley community. Five years without a ski season at the area's staple, Saddleback Mountain. But after turbulent years, and false promises from investors, there's hope in this corner of Western Maine.

"It's more than just getting a mountain open again. It's really giving the Saddleback family their home back," Saddleback Mountain General Manager Andy Shepard said.

Shepard has been the one tasked with leading Saddleback into the future since the mountain was purchased by Arctaris Impact Fund out of Boston.

"It's a lot more than a ski mountain, this is really an effort to revitalize an entire region," Jonathan Tower, managing partner with Arctaris Impact Fund, said.

Arctaris finalized its deal with the Berry family, who previously owned Saddleback Mountain, earlier this year. Over the next seven years, the investment into the mountain is expected to be close to $38 million.

"This is western Maine," Shepard said. "They want you to prove that you're for real."

And part of proving the reality of a 2020 ski season to the Rangeley community is visual proof of progress. That came when the ski area installed a new, high-speed detachable quad chairlift.

"When they see these towers going in, all of a sudden this isn't just something that we're working on," Shepard said. "When the towers are here, we have a lift."

To install the new towers, helicopters were used to fly the poles through the air over the mountain, then lowered into place where the lift will run. A helicopter also flies in the mechanism to go on top of the pole, which propels the chair up and down the mountain.

Such incredible precision to get these lift towers installed. Saddleback Mountain hasn't welcomed skiers in five seasons. But that all changes this year. This morning, hear about how the mountain is moving forward in part 1 of a 3 part series #SavingSaddleback @newscentermaine pic.twitter.com/yQJY0oyOsk

Over the course of a few hours, the lift towers were seamlessly installed as a few dozen locals watched in awe from the base.

"Really even more than the metal and the helicopters, it's the people who've shown up to watch this amazing event. Really brings a lot of meaning and depth to the work that we do," Tower said.

Saddleback Mountain is preparing to reopen on December 15, 2020. Before that happens, much more work will take place on the mountain, including the completion of a full rehabilitation of the ski lodge.

Shepard says that if there isn't enough snow on the ground to open by December 15, he still plans to open the lodge and begin welcoming the Saddleback family home.