After a years-long battle with ALS, the longtime outdoors advocate passed away Friday night at age 72 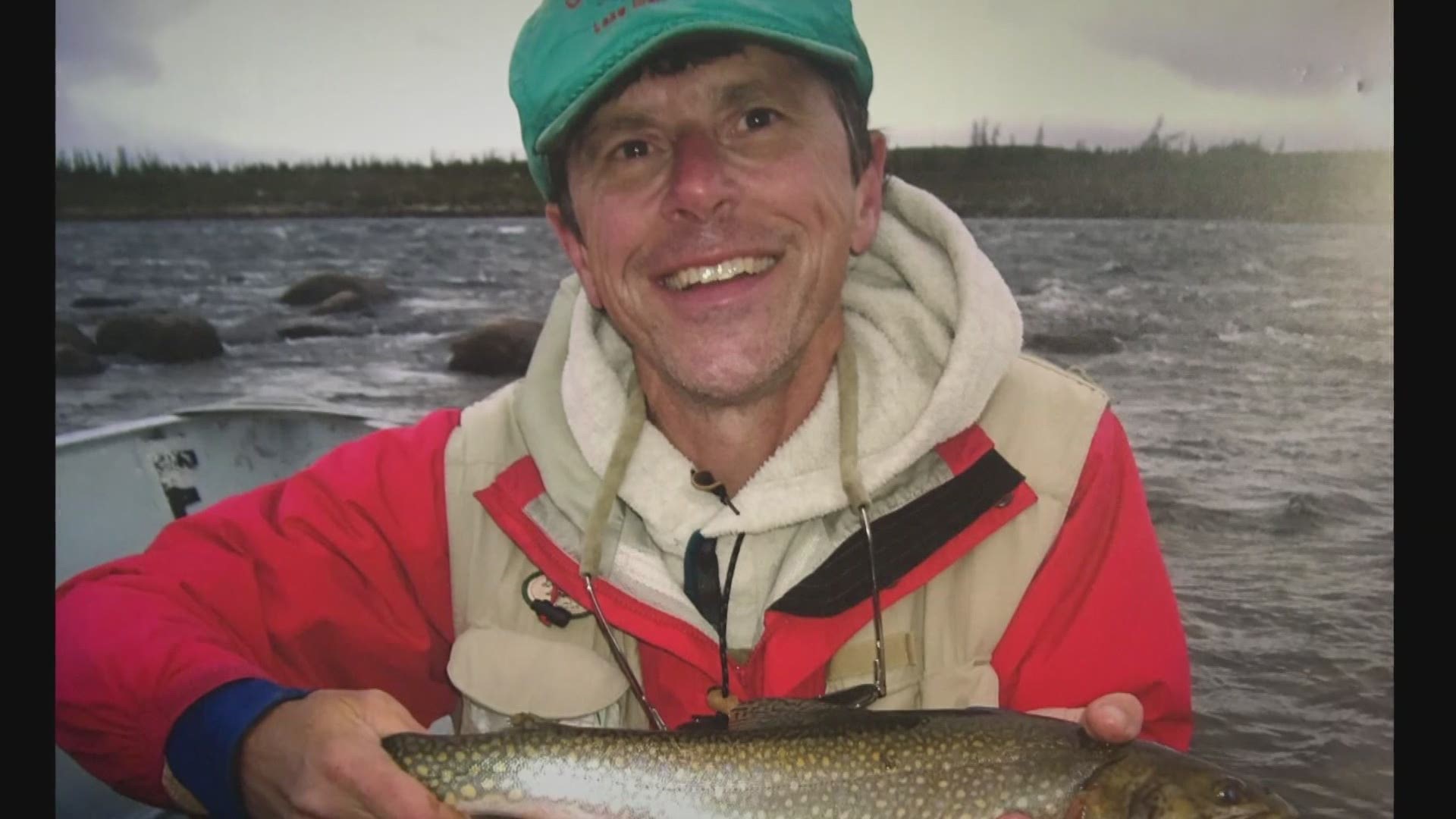 MAINE, Maine — For many, Maine and the outdoors are synonymous.

From Bar Harbor to the mountains, locals and tourists come to the state to explore the thousands of miles of trails, state parks, and beaches.

For decades, one of Maine's most influential outdoors advocates fought to protect land for wildlife conservation. George Smith worked tirelessly to preserve traditional outdoor practices as well as embracing new ones.

Smith was the director of the Sportsman's Alliance of Maine (SAM) for almost two decades. He died Friday night after a years-long battle with ALS at age 72.

“As much as we’ve lost a real leader in the outdoor community, I lost a friend too and I think a lot of people have lost a good friend," David Traham, the current executive director of SAM, said Saturday. “He had a passion that came from a personal place.”

Smith fell in love with the outdoors from a young age. In a 2018 interview with NEWS CENTER Maine, Smith talked about hunting with his father and his passion for writing, specifically, writing about his outdoor adventures.

“He was good at writing about it, he was a terrific and prolific writer," Traham added.

Bill Green interviewed Smith for that piece three years ago and reflected on his legacy Saturday.

"[Smith] always had his wits about him, he always had his cards together and he always knew what he was doing," Green said. "He left his mark. Maine is a better place because George Smith was here, and it was a pleasure getting to know him well towards the end of our lives."

Smith left his mark in more ways than one. The Maine Outdoor Heritage Fund and Land For Maine's Future Program are the cornerstone's to the state's land conservation effort. Both efforts were pushed forward by Smith.

In his time overseeing SAM, Green said Smith built the organization into a political power in the state. For years, Smith was one of the most influential lobbyists at the State House in Augusta.

Like all politicians or folks associated with the state's capital, Smith and his advocacy for the outdoors were watched closely by NEWS CENTER Maine's Don Carrigan.

“He was a political mover and shaker in a variety of ways, a lobbyist for outdoors groups and causes," Carrigan said.

Smith did enough moving and shaking over the year's to gain serious influence in not just Maine's outdoors scene, but in the state's political climate as well.

"Every legislator wanted that endorsement and therefore they listened to [Smith]," Green added.

Green said Smith's political background originated from his time at the University of Maine at Orono where he was the head of the Young Republicans.

Although he was somewhat removed from the Maine Legislature, Green added some bills, or some of the wording in bills, pertaining to the outdoors were written by Smith but sponsored by a lawmaker.

Before taking over his post at SAM, Traham knew Smith from his time as a state legislator.

“He was a great outdoorsman, but he could come into a room and people of all political persuasions and he could get them talking about why wildlife was important," Traham said.

That statement was proven to be true after news of Smith's passing became public. Maine's Democratic Governor Janet Mills released a statement reading in part:

“George loved Maine. And Maine loved George. I am deeply saddened by his passing. An avid sportsman, a prolific writer, and a good-natured friend to all, George Smith was the very embodiment of the character of Maine: strong but kind, independent but compassionate, wise but humble."

“George Smith’s life was defined by his love for the Maine outdoors and his dedication to preserving this integral part of our heritage. The courage he showed as he dealt with the devastating impacts of ALS only furthered my admiration for him," Collins said.

"I loved George Smith. He was tough, smart, and deeply determined to protect the boundless beauty of Maine. Nature speaks a language of its own – one that George spoke fluently, with joy in his heart."

Besides advocating for Maine's wildlife and wilderness, writing about his adventures in the forms of columns or books, hosting a television show, Smith also had the best interest for all of those enjoying Maine's outdoors.

“He was way ahead, I think, of a lot of the traditional outdoors crowd in embracing the new outdoors. Hiking, white water, land conservation," Carrigan said.

Carrigan added he remembers Smith's smile and his positive and uplifting attitude.

“People out to thank George Smith for all those years of work and dedication to keeping Maine there for the rest of us," Carrigan said.

While we could see land or programs named after Smith in the near future, Traham said his legacy won't be hard to forget.

“His legacy is all around us whether we have signs on the roadside or an area named after him. His legacy is going on go on through the Maine Outdoor Heritage Fund and all the money invested in conservation because of his work.”

Gone now, but George Smith's dedication to Maine's outdoors will be enjoyed for lifetimes.