Wildlife biologists at the Maine Department of Inland Fisheries and Wildlife are recommending 110,000 Any Deer permits be given out this season 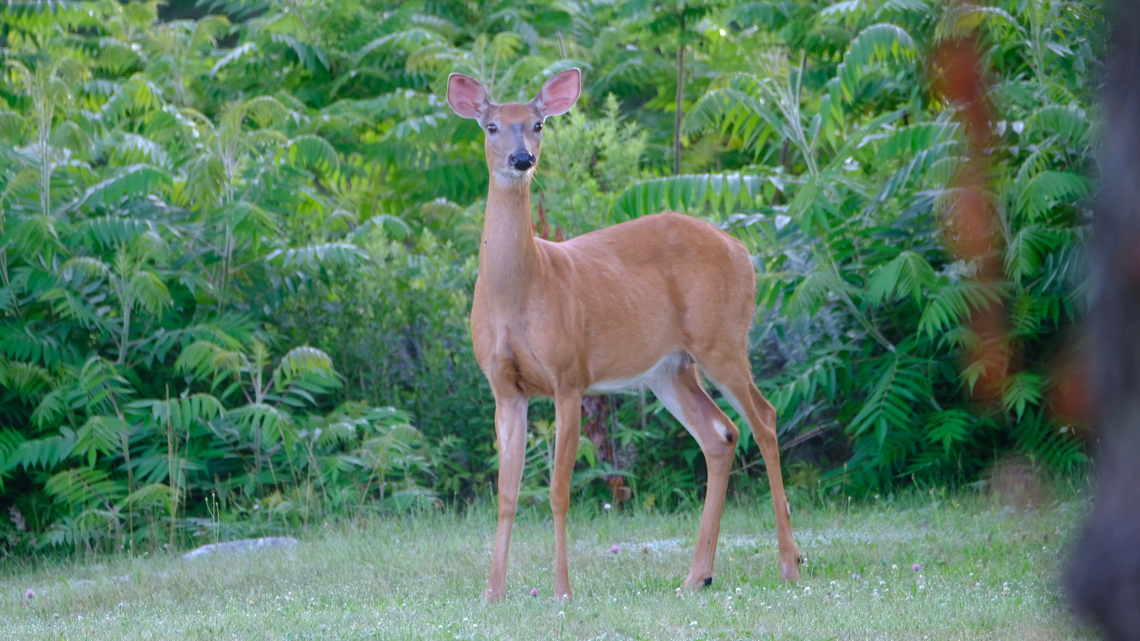 MAINE, USA — Most Mainers look forward to summer all year long. Imagining the sun and the beach during the long, cold winter nights are not uncommon.

But, there is a population of people who wouldn't mind if we just skipped the summer altogether. Those people, of course, are hunters.

The hunting season in Maine is a special time of year in communities all over the state. As we approach September and the start of deer season, hunters are beginning to realize the number of permits that could be up for grabs.

Nathan Bieber is a Wildlife Biologist with the Department of Inland Fisheries and Wildlife (MDIFW). Specializing in deer, Bieber's busy season is before the actual hunting begins.

In the winter, he looks at the weather and other factors to determine the size of the deer population and how many hunting permits can be issued in the fall.

“Using all these different metrics. we determine where we think the heard is at and where we want to push it by issuing permits," he added.

2018 was a record-setting year for deer permits. 84,000 Any Deer permits were awarded. Last year, the numbers returned to normal with 60,000 permits granted.

But this year will be much different.

Daniel Bell has been hunting all his life.

On Tuesday, he spent some of his afternoons watching his grandaughter load up her bow and aim at a practice target at his Glenburn home. Practicing for now, but soon, that fake practice target will become a doe.

“We’ve had mild winters the last couple of years and that has led to the herd that we have now," Bell said. "We want to see everyone come home safe, we want to make sure everyone has fun and makes those memories. It’s going to be fun to watch.”

A fun season with a huge increase in the number of permits allocated for Mainers. Bieber says the MDIFW is recommending around 110,000 permits be granted this season.

“That gives you a real good idea of the health of the herd right now," Bell added.

Bell is an Administrator of the Maine Deer Hunters page on Facebook. The group has more than 40,000 members and pictures from hunts, gear, and good stories are shared daily.

As the season approaches, local hunting and gun shops are getting ready. Whitney's Outfitters in Lincoln is one of them.

Owner Dave Lorenz said hunters will start coming by more and more when August winds down.

“The excitements there, a lot of permits, a lot more permits than normal, so it didn’t go unnoticed, they’re ready," Lorenz said.

At Whitney's you can buy a new rifle, ammo, gear, or whatever you need for the hunt.

To find out more information about the deer hunting permits and where to apply, click below: