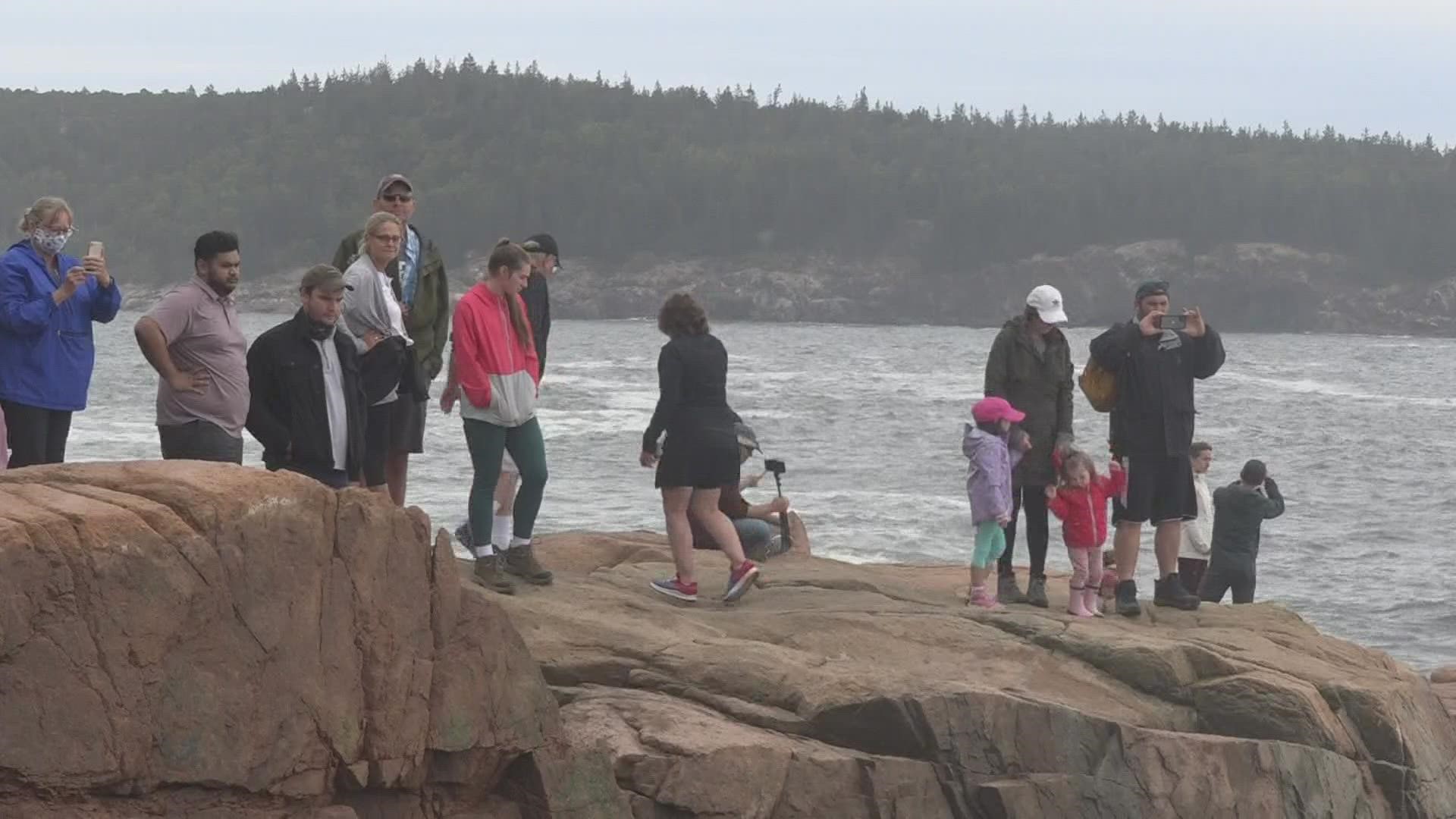 Congresswoman Chellie Pingree is part of the group walking Acadia National Park with park scientists for three days. Representatives from California, Illinois, New Hampshire, and Pingree from Maine are all seeing how extreme weather events and warming temperatures are creating problems in the park.

Acadia scientists pointed out that one out of every six plants in the park has disappeared.

Learned about the sea level rise impacts to this iconic location. We must #ActOnClimate to protect our coasts. pic.twitter.com/BGRItBupdl

"We historically used to manage parks to keep them the same as they were in the past, but with climate change and other environmental changes that are happening, we can't do that anymore," said Miller-Rushing.

Scientist Chris Nadeau started the day at Schoodic Institute on Thursday talking about how representatives can engage and support organizations and the national park service, who are working hard to tackle climate change at national parks.

"A really common approach and something that the park is interested in doing is trying to conserve climate change refugees so, these are these places that are likely to remain suitable for trees and other species in the future and if we can help prevent those places from being degraded then we might be able to save some of those species here in the park," Nadeau said.

I’m here in @AcadiaNPS with fellow @SEEC members @RepMikeQuigley, @RepAnnieKuster, + @RepBarragan. ⁰
Over the next 2 days, we’ll meet with @natlparkservice officials to observe how climate change is already impacting this beautiful park. Congress must #ActOnClimate! pic.twitter.com/tgwyhkWsAG

"We need to know what the national park service needs, the resources it needs, the plans they have for the future, and how we can help them," said Mike Quigly, a representative from Illinois.

"I really hope we can take some of these things that we are learning back to congress to think about how we are budgeting for our national parks, but also some of them are ideas that we can use on a bigger scale as we deal with climate change across the country," said congresswoman Chellie Pingree.

Political leaders who attended the tour want to make sure our natural wonders are protected for many generations to come.

"Out of our 10 most common tree species in the park, 9 are expected to decline in abundance or disappear entirely over the next 80 years because of the warming temperatures," said Miller-Rushing.

Pingree said the pandemic put a new focus on why our national parks matter.

"I think it's really important during this time when I think people are more and more interested in visiting our national parks, we are having record turn out as people want to be in the outdoors and be there with their family. We have to make those investments that support the infrastructure that handles the crowds of the future and are preparing the parks to deal with the issues of climate change," Pingree said.

On Friday, representatives will conclude the tour with a bird migration walk and by learning ways to teach the younger generations about climate change.

One of the climate change impacts here is that native plants and trees are struggling to adapt. Previously, trees could drop seeds and grow up at the same pace they died but now they die and invasive species take over before they can catch up. pic.twitter.com/c1LiAKlPVX