Cheap gas prices, the closed border, and a desire to explore while practicing social distancing are the reasons why the Maine moose hunt may be busier than normal 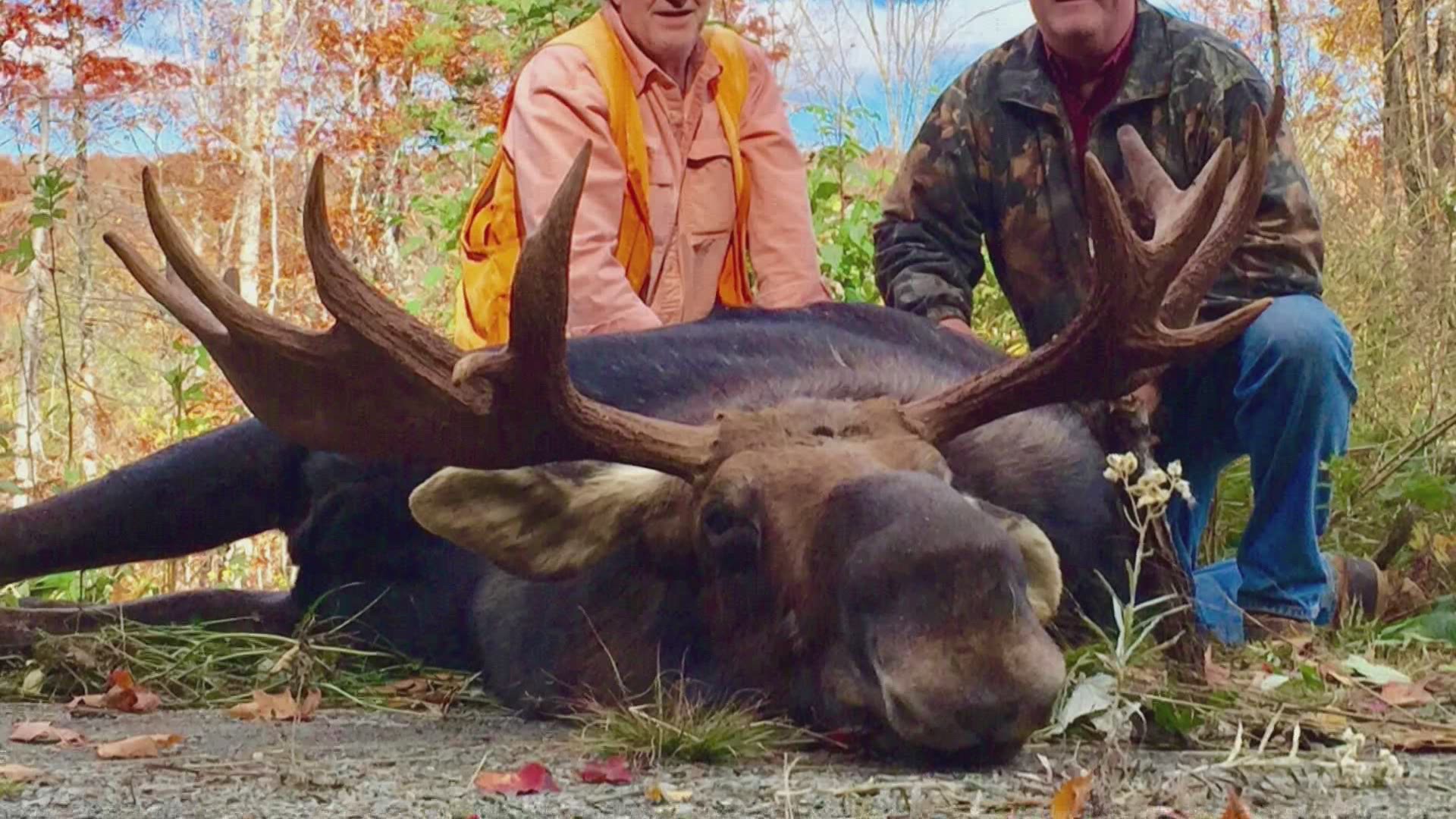 ASHLAND, Maine — Over the next several days there will be lines expected to enter the North Maine Woods in and at its checkpoints.

That's because it's the start of partridge season and then Monday, the moose hunt officially begins.

It's expected to be a busier hunting season than usual and due to the dry conditions – authorities have a warning for hunters.

"This time of year is a magical time in the woods," said James Thorne.

Thorne has participated in the hunt – either with his own permit or to tag along – for the last 20 years. Running for a legislative seat now, he's sitting this year out.

But with the drought, he's warning others about one thing.

When a logging truck or another vehicle passes it can create a cloud of dust which can then cause, "zero visibility, and that's what makes it dangerous."

"I've been on a few moose hunts," said Albro Cowperthwaite, who echoed that warning.

"People think I know where to find a moose in the North Maine woods."

He's the Executive Director for North Maine Woods, a position he's held as long as the moose hunt has been running – 40 years.

"We're going to be crowded," he said.

In addition to the dust, he says hunters and other visitors should be aware this year will be unusually busy.

"We've got cheap gas prices and in past years that's kept people from driving into the Maine woods. We've got a lot of people in the United States who usually hunt in Canada and they can't go to Canada this year so more of them are going to be showing up in Northern Maine," he explained.

And by the way, partridge season starts Saturday, ahead of the moose hunt Monday.

"And word is out that there are a lot of partridges this year," Cowperthwaite said.

He said it's expected to be a banner year for hunting, a year that will mark Maine's first moose hunt in a pandemic.

"There's no better place to self distance than in the Maine woods compared to downtown Portland," he said.

One thing's for sure, for Jim Thorne, that's what the experience has always been about.

"The success of shooting a moose is a small part of it in actuality it's the experience and being out there and sharing with others and being outdoors that really is the reward in itself," he said.

A mask will be required when talking with north woods staff at checkpoints.