The COVID-19 pandemic hit the aquaculture sector like most in the state. But federal aid and new salmon farm projects are helping grow the industry 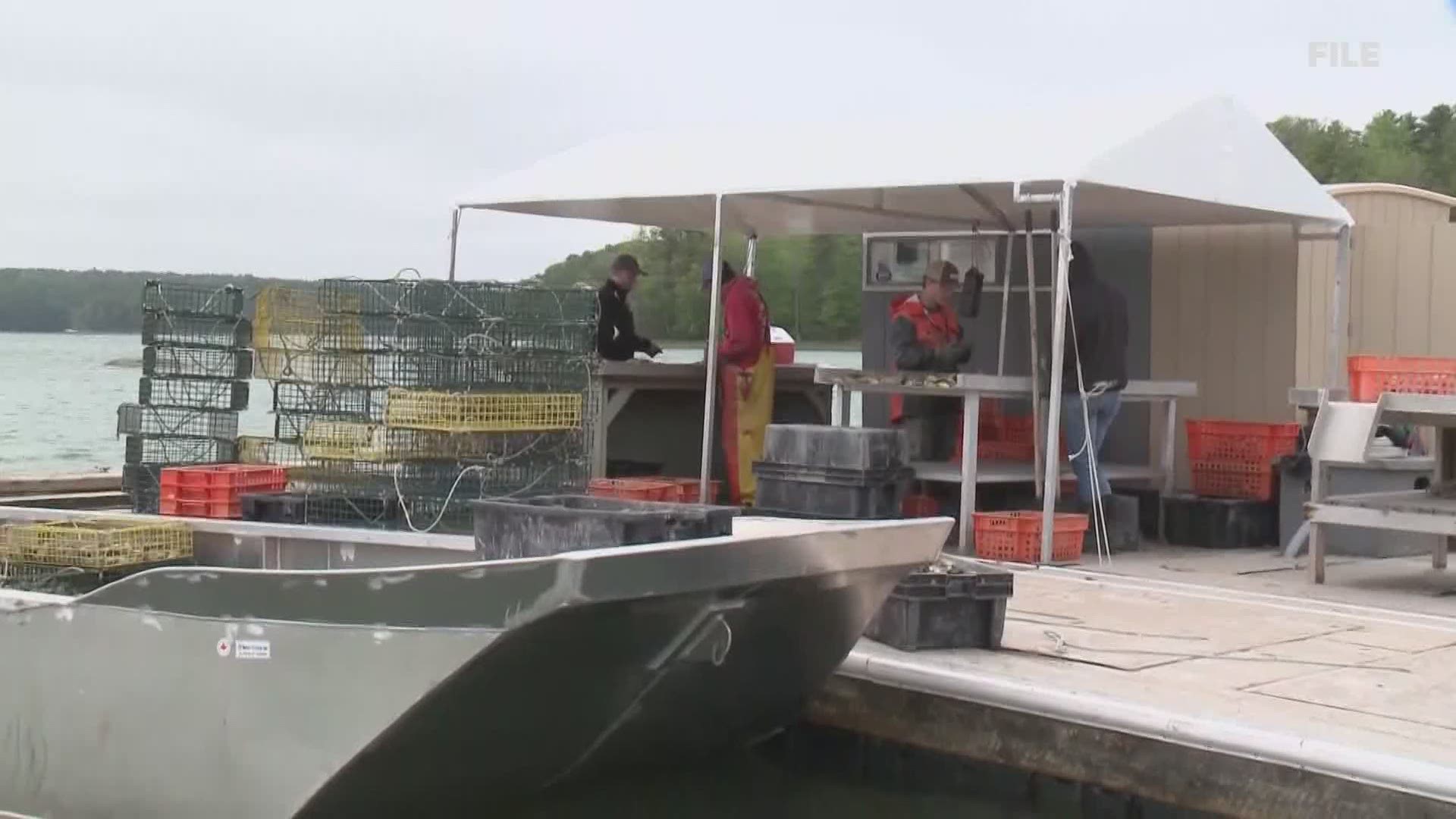 MAINE, USA — For generations, Maine's fishermen, lobstermen, and other aquaculture industry workers have transformed the state into a premier seafood destination and distributor.

During the early stages of the coronavirus pandemic, things were bleak in all business sectors, including aquaculture.

“One of the things that a lot of people don’t realize about seafood is that most of it is consumed in restaurants," Maine Aquaculture Association Executive Director Sebastian Belle said.

“(The pandemic) hit us right when we were going into harvest season, so, COVID had an enormous impact for our sector.”

Belle added many farmers in the industry were beginning to sell directly to the consumer before the pandemic and when the restaurants closed down, it was an opportunity to do more of that.

“(It helped farmers) find ways to sell directly to consumers as opposed to selling to restaurants which have been their traditional markets," he added.

The Maine Aquaculture Association was awarded $64,885 in aid from the United States Department of Agriculture Rural Development.

Belle said the grant will be used to help train younger farmers who have been in the industry for five or ten years.

“It’s a way for young people to continue to make a living on the water, continuing that family tradition just using new tools," he added.

Looking ahead, Belle mentioned he wants to see the industry grow, but at a pace good for Maine. Being able to serve millions of consumers with fresh, not frozen, seafood positions Maine better than other east coast states he added.

“Maine really is positioned better than any other state on the east coast to be able to grow this sector in a reasonable and thoughtful way."

Some new salmon farm projects are also helping the industry grow. In Bucksport, Whole Oceans bought the land of the old Verso Paper Mill. The company hopes to bring hundreds of primary and second jobs to the area.

In Belfast, Nordic Aquafarms is trying to do the same with a proposed $500 million facility.

“This is a, you know, large development for a place like Belfast and we have to be respectful that there are a lot of details to understand and look at and work through," Erik Heim, the Founder and President of Operations in North America, said.

The plant is still in the proposal stage as several permits still need to be approved by the state and the company needs to settle court cases in Waldo Superior Court before it can break ground.

“We are long term in our thinking, so if things take time, we spend our time and resources on other projects while things are being clarified here in Maine," Heim said.

“Our focus is moving forward in Maine when Maine is ready.”

Heim added several people in the Belfast area are supporting the project, but Amy Grant and Upstream Watch, are not.

The advocacy group was founded to preserve rivers along the midcoast. Grant said the group is not opposed to Nordic, or Aquaculture, it is just opposed to the proposed site in town.

She mentioned the current plans are missing critical data, including where millions of gallons of discharge will lead.

“Computer models are fine but you have to also gather the data to verify, confirm or not confirm your model," Grant said.

Grant added the current status of the discharge was approved and only after the facility construction begins, Nordic will have to provide data of safe water discharge.

RELATED: Mussels on the grill: a quick and easy preparation

“(What if) it’s determined that they’re going to be polluting the bay, what then?”

The permit, application, and approval process may take years before all is said and done. Heim added Nordic is a global company and will turn its attention to Maine when it's ready.

Grant said Nordic will be in it to win it, but so will Upstream Watch.