With more Mainers hitting the ATV trails like never before rental locations, like 201 PowerSports, are having its best summer yet 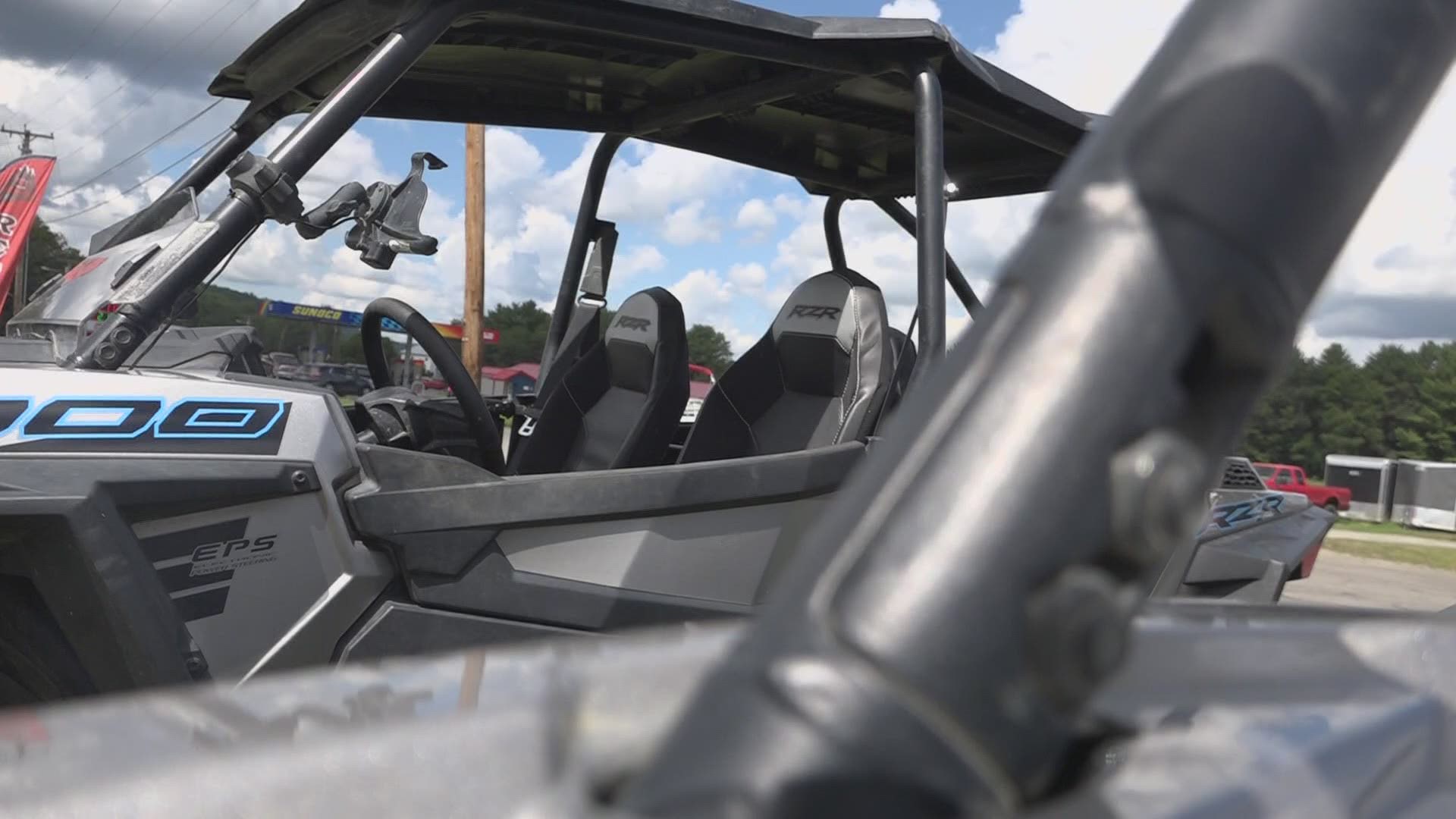 BINGHAM, Maine — During the summer, it's not a shock that many Mainers spent Sunday afternoon on the thousands of miles of ATV trails in the state.

But this summer didn't start normally.

201 PowerSports in Bingham is in a prime location if your business is ATVs and Snowmobiles. Located in the heart of riding country, the store was having a great snow season and looking forward to the summer.

But as the snow melted, the coronavirus spread throughout the state leaving the future unclear and creating, well, stress for every small business owner in Maine.

“We were super stressed in the beginning," Mallory Newtown said. She and her husband Scott own 201 PowerSports.

“We didn’t really know how the season was going to play out, we didn’t know if we were going to rent enough to cover our lease, it was either we’re going to make it or we’re not.”

Like all non-essential stores and shops, 201 closed for a few weeks. Luckily, it has a service repair shop that was able to reopen, the rental and retail side of things opening shortly after.

“It’s been emotionally exhausting in one sense," Scott said about this summer.

But those stressful feelings turned into excitement because when the weather got nicer, more Mainers explored the outdoors, and explored local ATV trails.

“Yeah it’s definitely been the busiest summer," Scott said. “We turn people away every day for rentals, it’s a constant problem, you can’t have enough vehicles this season.”

RELATED: Growing ATV popularity forced a Task Force to propose objectives and recommendations for the future of vehicle registration and trail maintenance

The Newton's add a reason for the increase in riders around the state is because of the safe nature of the sport.

Not safe as in no potential injuries, safe as in a minimal risk of contracting COVID-19.

“It’s pretty safe, you’re in the middle of nowhere, you just bring your family and you go on an adventure it doesn’t get much better than that," Mallory added.

During this past snowmobile season, the store saw a lot of out of state visitors exploring Maine's beautiful and natural trails. This summer, more local residents are checking out what the trails look like when the snow is melted.

“I gotta believe we’re somewhere in the neighborhood of 35-40% of our customers are Maine residents, that are staying local and shopping local," Scott said.

“It’s really scary to travel to other places right now because you just don’t know," Mallory added. "It’s the rave and it’s something fun and exciting to do.”

More riders also mean more money pumped into the local economy as ATVs need gas, and those riders need the fuel of their own, stopping at local restaurants for lunch or dinner.

After spending the spring worrying, the summer turned out to be better than expected for the power sports industry. In fact, 201 PowerSports is already taking reservations for snowmobile rentals for the upcoming winter.

It may be August, but that first snowfall is coming sooner than you think.