Dozens of rare whales return to waters off Massachusetts

With only 360 right whales still in existence, 89 were spotted on Cape Cod Bay earlier this month, including three pairs of mothers and babies 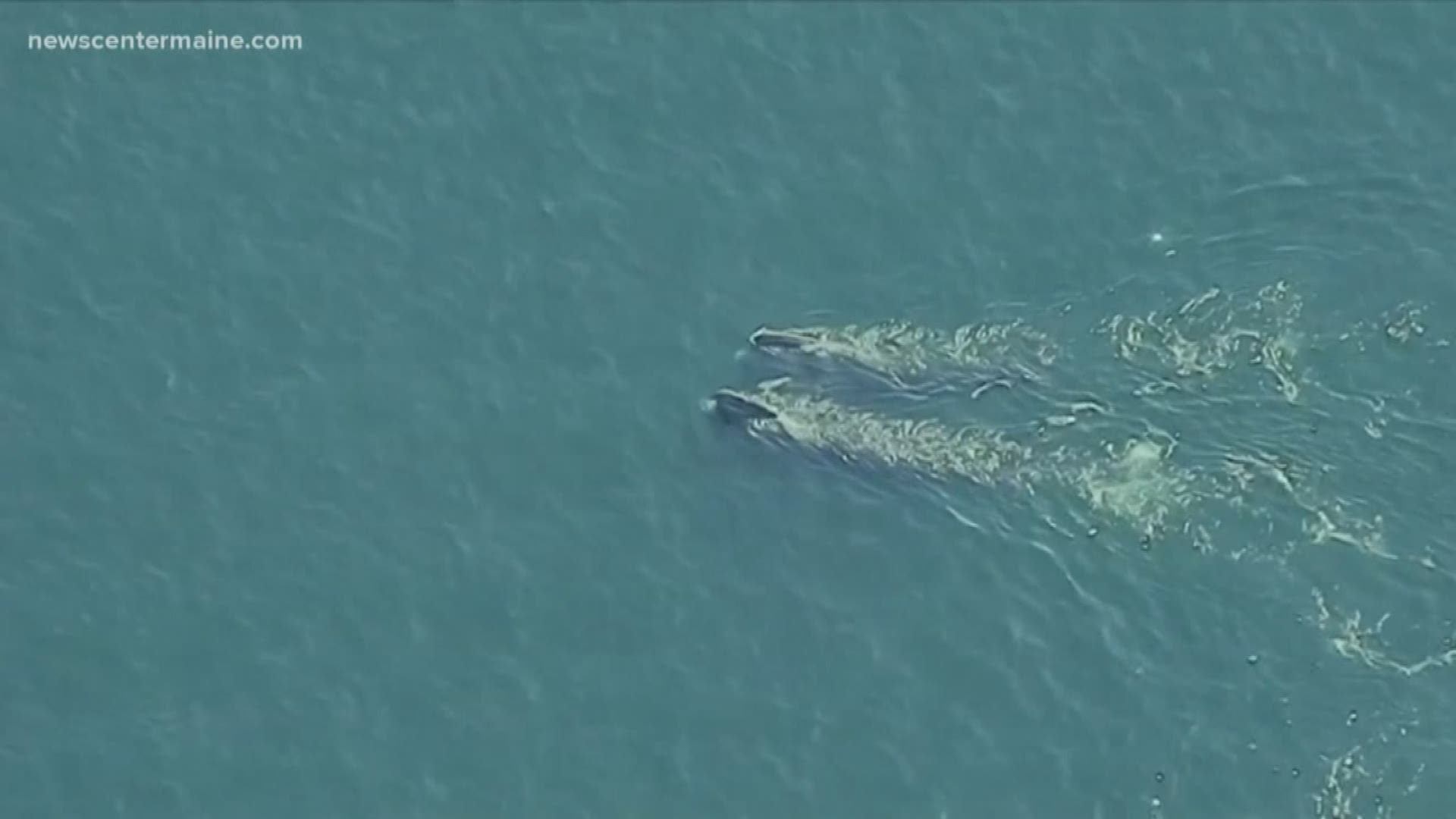 BOURNE, Mass. — Dozens of rare whales have returned to the waters off Massachusetts for the spring.

The whales are North Atlantic right whales and they have been sighted in Cape Cod Bay this month.

The National Oceanic and Atmospheric Administration said 89 right whales were spotted in the bay on March 21, including three pairs of mothers and babies.

The whales number only about 360 and they are vulnerable to ship strikes and entanglement in fishing gear.

Conservation groups are currently suing the federal government, arguing it has taken too long to act on proposals to expand protections for the whales.

In July, the International Union for Conservation of Nature moved the North Atlantic right whale from "endangered" to "critically endangered" on its Red List of jeopardized species.

The IUCN said the total population of right whales declined by about 15 percent from 2011 to 2018.

The North Atlantic right whale has been listed as endangered under the Endangered Species Act since 1970.