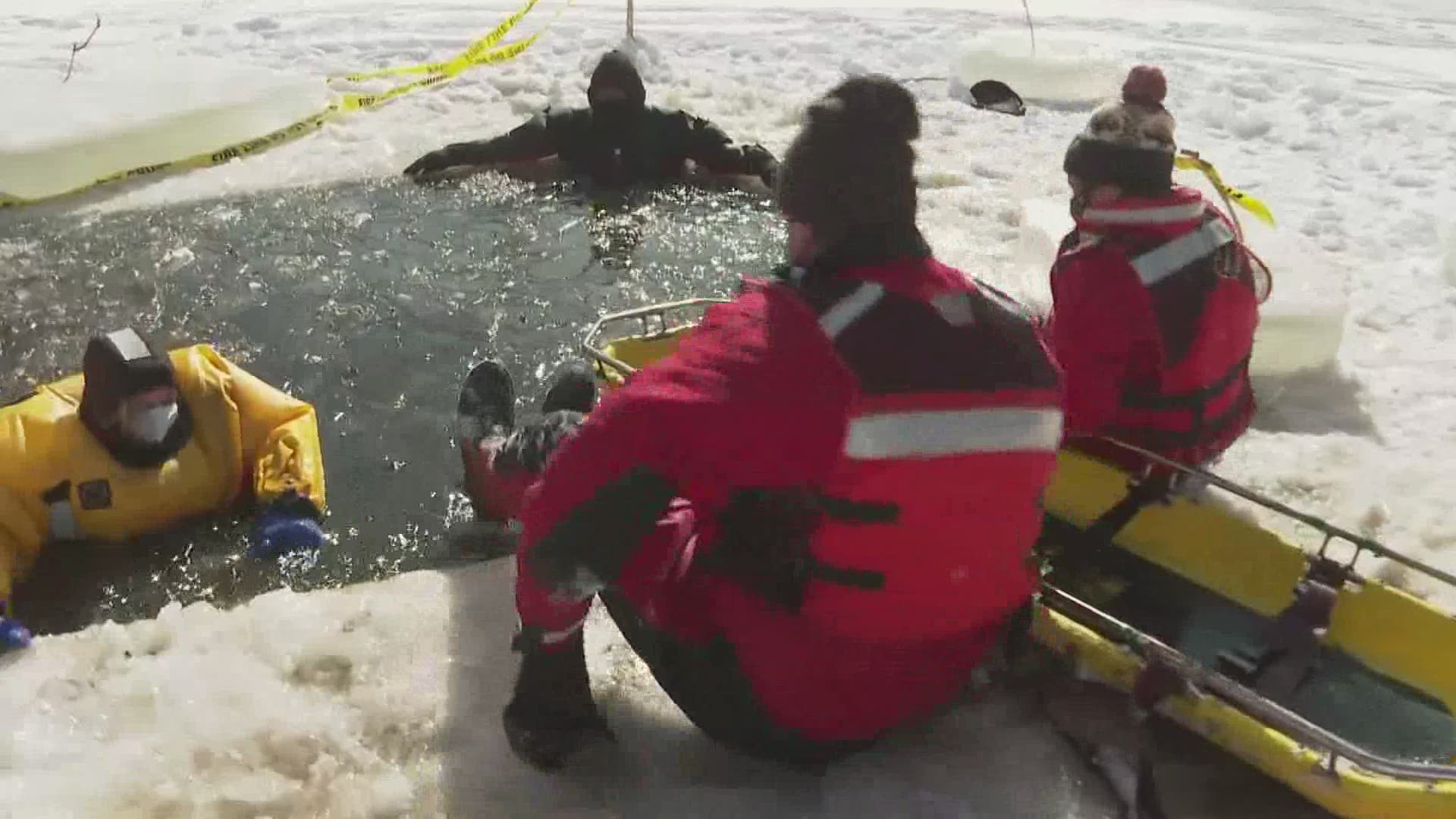 CAPE ELIZABETH, Maine — The Cape Elizabeth Fire & Rescue Water Extrication Team trains about once a year to ensure they're prepared to safely rescue someone who has fallen through the ice. They also practice self-rescue techniques.

Officials say a person in cold water must be rescued quickly, especially since they likely are not dressed for the temperature.

Joseph Mokry, a member of the team, told NEWS CENTER Maine that the first thing to remember if you fall through the ice is not to panic. Then, "stretch out on the surface as if you're in the swimming pool so that you get your arms all the way forward like this, rather than push down on your hands," he said.

Officials also recommend that people who spend time out on the ice carry ice picks to help grab the ice better.

Mokry added that if you fall in cold water and can't rescue yourself, don't hesitate to call for help. That's what rescue teams are trained to do.

He said the team is aware of at least 10 rescues so far this winter.

He said to do a "scene survey" before heading out onto the ice. If there's water on top of the ice, avoid that area, and also avoid areas where vegetation is visible because those areas will likely warm up during the day.

One more thing to keep in mind: if your pet falls through the ice, don't go in after it. Instead, try to call it and calm it down because if the ice can't hold your pet, it likely can't hold you either.