Be on the lookout for this potentially destructive insect 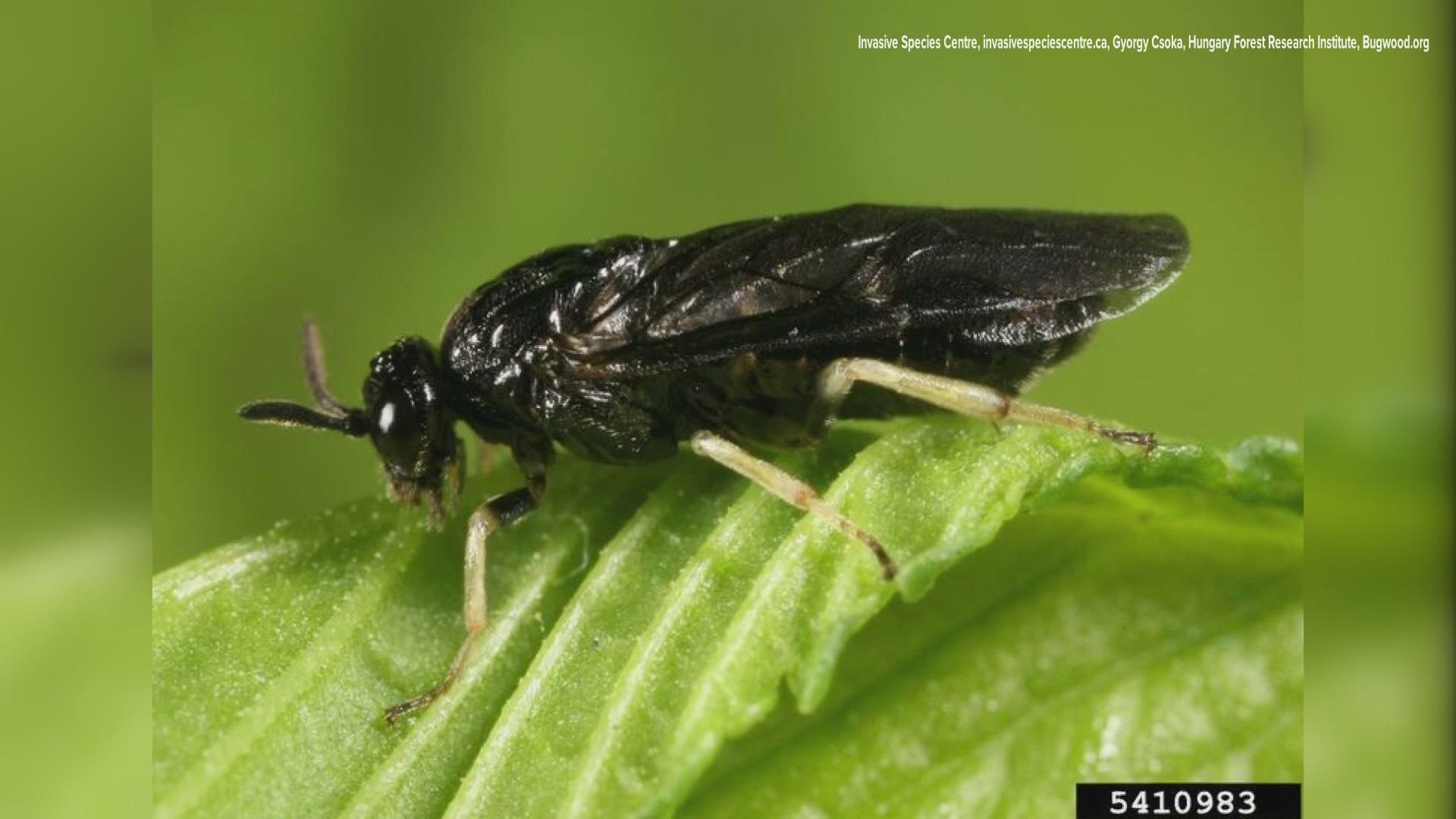 So far, the insect has not been found in Maine. It's not known if the sawfly poses a large threat to the state.

“Usually, most of the time when these invasive or exotic [insects] are transplanted, not a lot is known about them because they’re not really worth studying," said Michael Parisio, who is a forest entomologist with the Maine Forest Service. "Normally, there are more important things. There are native pests typically in those areas. This particular insect has been transplanted to parts of eastern Europe where I understand it does do some pretty significant defoliation damage.”

RELATED: 'Really devastated by this' | Some Maine communities hit hard by browntail moth

Parisio said the elm zigzag sawfly is native to Asia and was spotted in Quebec, Canada for the first time in 2020. In the U.S., the insect was also recently confirmed in Virginia, Parisio added.

"For the time being, it's a potential new pest to elm [trees]," he said.

Traps in Augusta were deployed on June 21, according to Parisio. They were first checked on July 6 and came back empty. The second batch of traps is out now and will be looked at on July 20.

RELATED: Bangor officials have a plan to stop the spread of browntail moths

The Maine Forest Service asks anyone who notices any strange elm tree leaves to call 207-287-2791. There is also a tree ailment form folks can fill out. It can be found here.