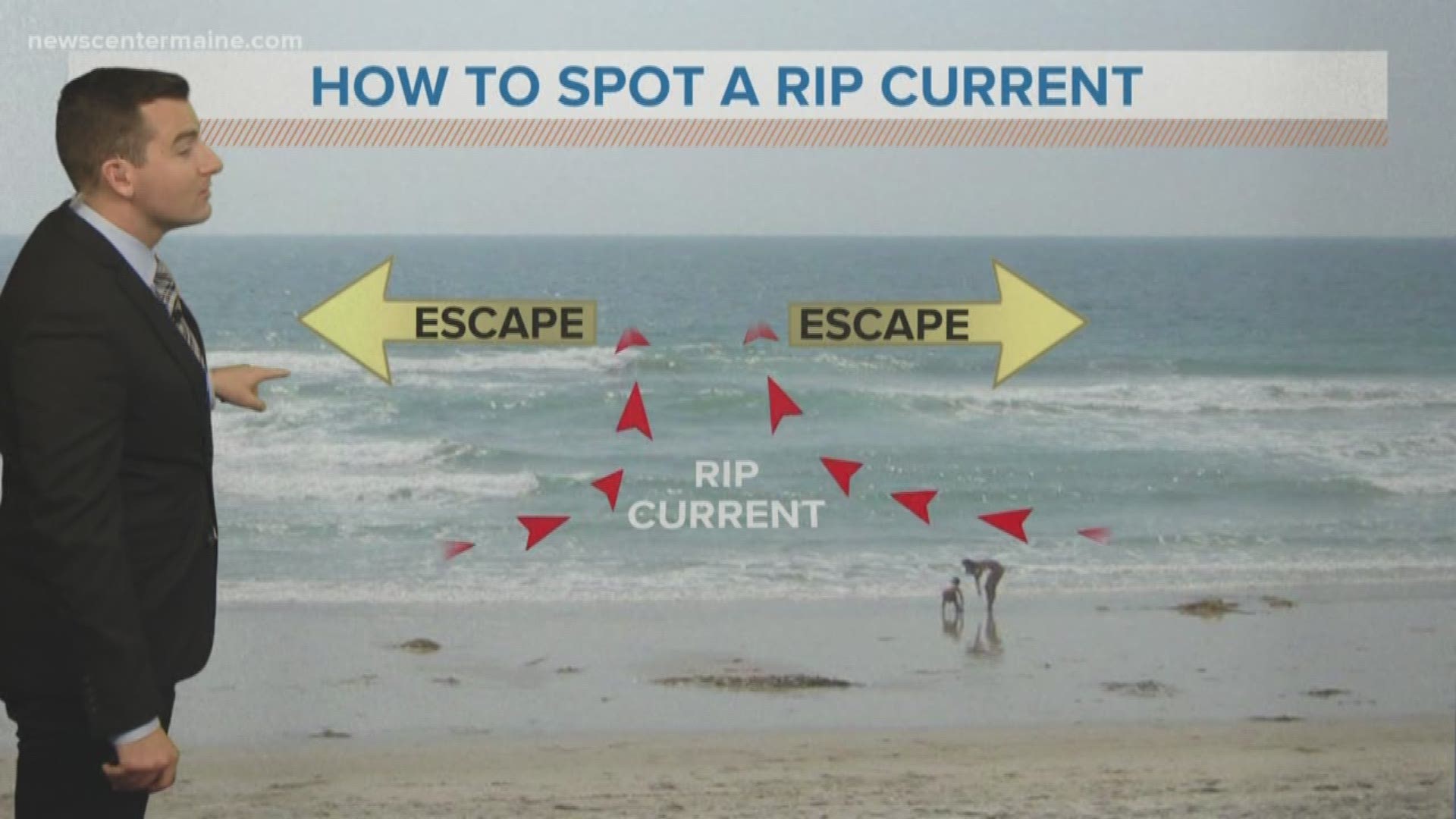 SCARBOROUGH, Maine — EDITOR"S NOTE: In the above video for 2019, NEWS CENTER Maine's Ryan Breton demonstrates how to break the grip of a rip current.

Lifeguards are urging swimmers to use caution this holiday weekend following a spate of rip current rescues in New England.

"So this year we have had a lot of rip currents early in the season," head lifeguard at Scarborough Beach State Park, Dave Currier said. "We've had several rescues over the month of June and into the month of July."

When asked if there have been more rescues than normal, Currier said yes, "for this time of year, we also have warm water so we're having more people go into the water." He added.

Currier said he recommends checking in with a lifeguard when visiting the beach. In Scarborough, there's also a 'weather station' where you can see what the water is like.

Lifeguards at New Hampshire’s Hampton Beach said they made 83 rescues on Thursday.

According to the Maine Emergency Management Website, they suggest the following:

IF CAUGHT IN A RIP CURRENT

The National Weather Service warned of rip currents Thursday, but they can happen anytime. Pat Murphy, chief of the New Hampshire State Beach Patrol, reminds people that the key is not to panic and not to try to swim against a rip current. Instead, people are encouraged to swim parallel to the shore to escape the rip current.

RELATED: Summer Wines for the 4th of July