One family has had the 'Bruins' Maine license plate since 1971

Would you like to have 'Bruins' written on your license plate? Well, you can't! A father and daughter have kept it in their family for almost half a century. 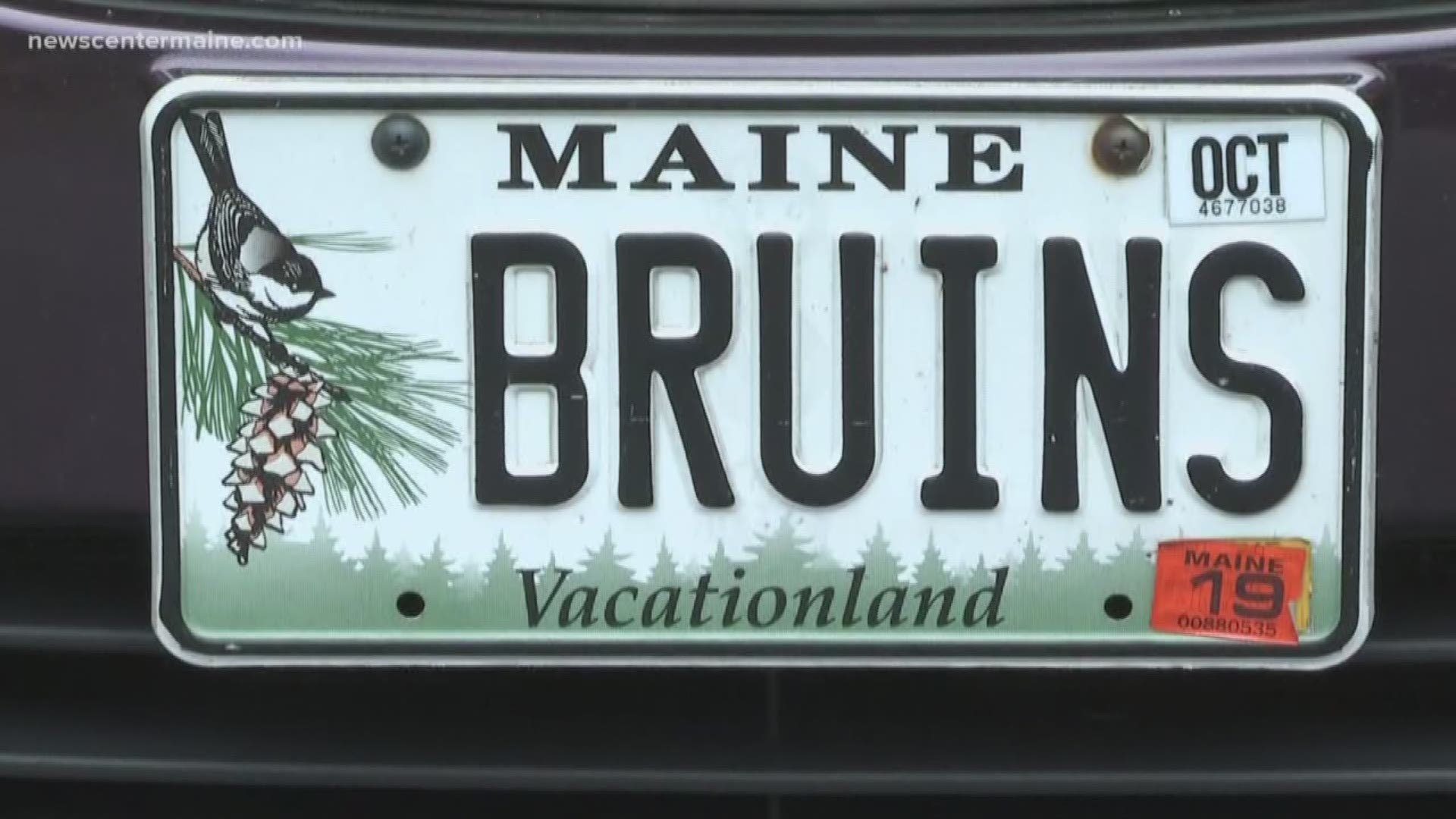 SACO, Maine — When Jenn Andersen gets behind the wheel, she gets a lot of attention.

It's all because of the license plate on her car that reads 'Bruins'. It's a piece of metal with a long history that begins with Jenn's father.

Stan Small put in his license plate request to the Secretary of State in 1971, and shortly after, his Bruins plates arrived in the mail. For 45 years, the Bruins mega-fan renewed the plate and drove proudly around the Scarborough area. He kept the old versions in his house, even getting a few signed by a hockey legend.

"If you've ever met Bobby Orr, you know how kind and humble a man he still is," says Small. "He went ahead and signed them, and I thanked him for the opportunity to meet him and went on my way."

RELATED: How to watch the Bruins in the 2019 Stanley Cup Final

Small represented the team until it came time to retire in Florida in 2015. But his Bruins plates would not disappear from the Maine roads, or from his family.

"I was right at DMV and it was quick," says Andersen. "I didn't want anyone to take it. The minute he got rid of it, I wanted to make sure I had it."

Andersen became a huge fan, thanks to her Dad. Driving around with is plates is her way of honoring him and the team they both love.

The tradition may not last forever.

"My niece is down in Florida and I don't have any children, so I don't know what would happen to it," says Andersen. "For now, I'm just going to hang on to it."

Andersen will be cruising around southern Maine, making sure her Dad's Maine legacy lives on.

"It's not going anywhere as long as I'm in Maine."