After suffering a major spinal cord injury, Clara Brown wondered if she would ever make it to the Olympic games -- then she discovered cycling. 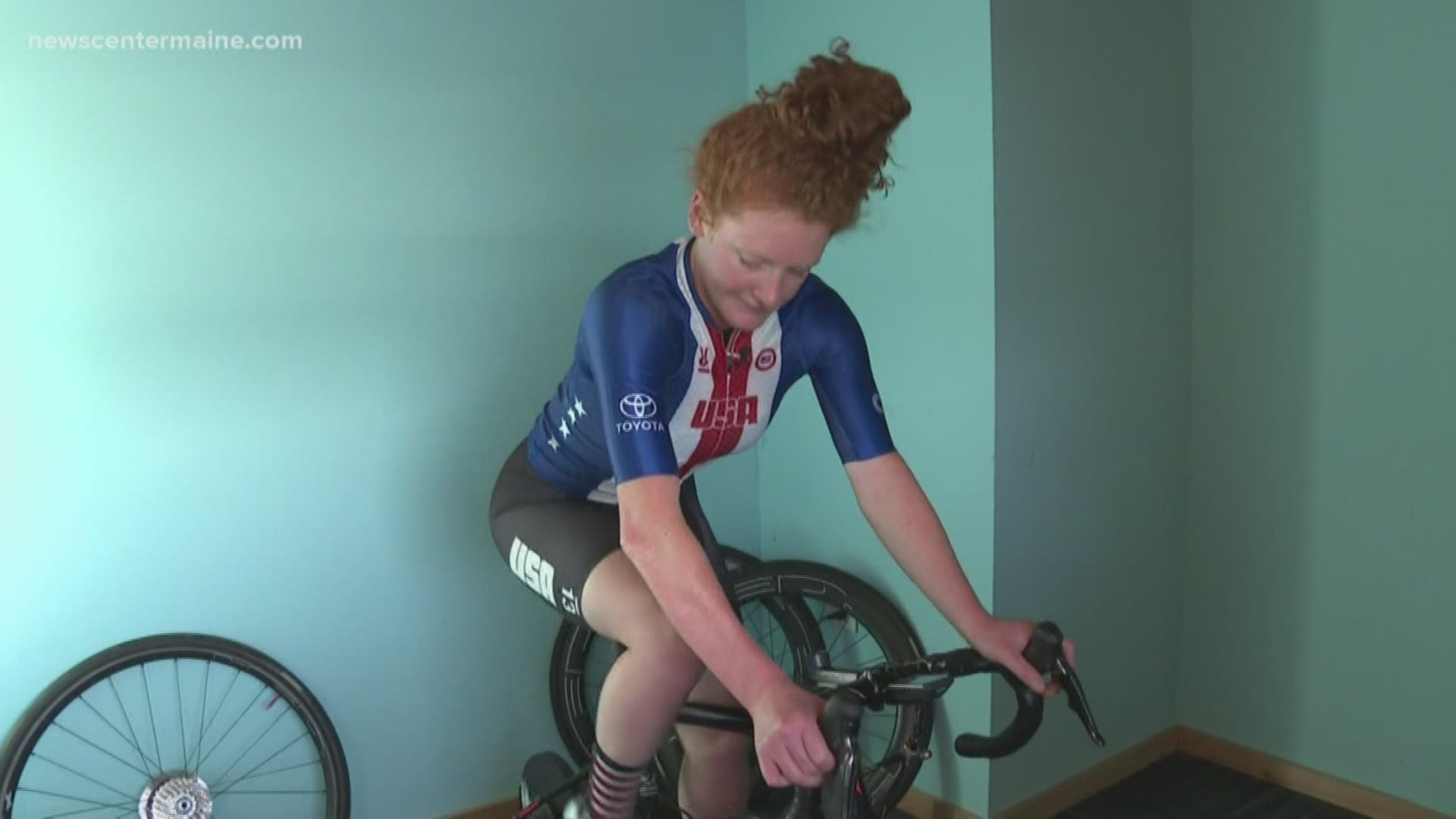 FALMOUTH, Maine — When Clara Brown was just nine-years-old, she decided she was going to dedicate herself to gymnastics and earning a spot on Team USA to compete in the Olympics.

However, a couple short years later, that dream would come to a screeching halt. The then 12-year-old landed on her neck at practice, causing major damage to two of her vertebrates. She says she remembers being told she would probably never walk again.

"I just didn't really fully process it, I was so young," Brown said. "I didn't understand what a spinal cord injury was and what that meant."

It meant for the next several years, Brown would have to dedicate hours of her life to getting back on her feet. Miraculously, after hours of hard work and dedication, Clara got most of her mobility back and a little bit more -- a passion for cycling.

"I had tried different sports in high school and college, but nothing seemed right at the time," Brown said. "I looked for other options of how I could stay active and physical and ended up deciding on a bike."

Clara says she found a way to modify her bike to work with her needs.

"My right hand I have pretty much no use of and my right leg is significantly less powerful than my left." Brown said.

Despite that, her speed and talent got her noticed. Now, at just 23-years-old, Clara is putting the pedal to medal -- gold medal that is -- as she competes for a spot on Team USA's Paralympic cycling team.

“I mean it's a totally different avenue than what I thought as a kid but I'm not mad.” Brown said.

She will spend the next several months training with other athletes who she says never let their short-comings take away from their full potential.

Over the summer, Clara took home three gold medals and one bronze after competing in the Parapan American Games in Lima, Peru. Most recently, she competed at the 'Worlds' competition in the Netherlands where she took home two bronze medals.

Whether she makes the USA Paralympics team or not, Clara says she's just thankful for the opportunity, saying it's a second chance she always hoped would come.

"That's been a big takeaway," Brown said. "People aren't letting themselves be held back and I stand by that -- it's pretty great to be a part of."

Clara will be jet setting off to training camp in a couple weeks where she will prep for tryouts next June.

RELATED: US Olympic Committee adds Paralympic to its name