The race that has long defined Olympic royalty went to a Texas-born Italian who hadn't cracked 10 seconds in the 100-meter until this year. 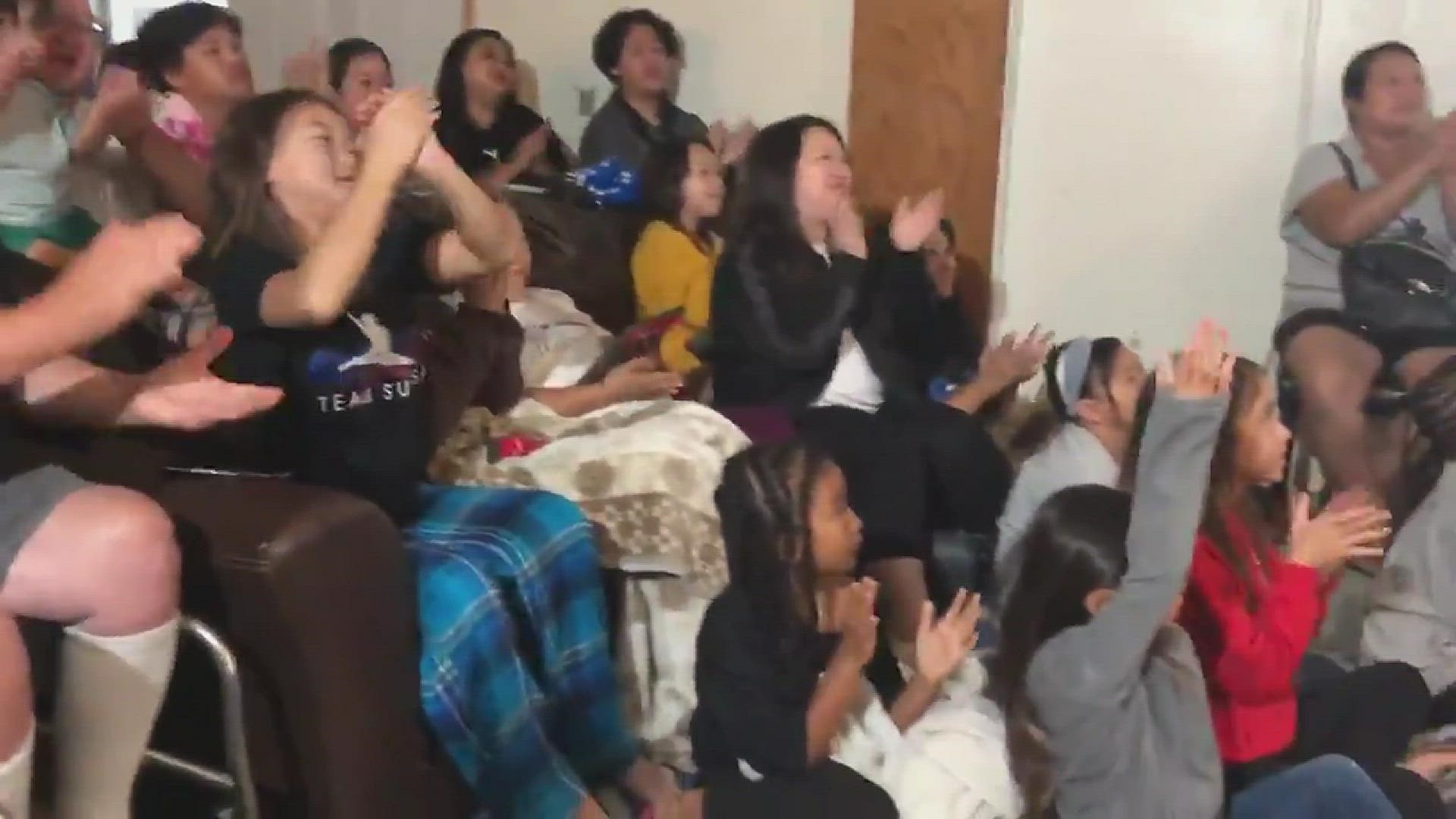 The 100 meters at the Olympics is the event that turns sprinters into kings: Jesse Owens, Carl Lewis, Usain Bolt.

On one of the most unusual nights the sport has ever seen, fans, experts, and even the racers themselves needed a lineup card.

The race that has long defined Olympic royalty went to a Texas-born Italian who hadn't cracked 10 seconds until this year. He's a 26-year-old whose best days before this came in the long jump. He's a man even the runner in the next lane didn’t really know.

At the Tokyo Olympics, Marcell Jacobs is The World's Fastest Man.

“I think I need four or five years to realize and understand what’s happening," Jacobs said.

The Italian crossed the line in 9.8 seconds Sunday night to capture the first 100-meter medal ever for the country better known for its soccer prowess. Pietro Mennea won the 200 at the 1980 Olympics in Moscow and Livio Berruti won that race at the 1960 Games in Rome.

Even in a contest with no clear favorites — American Ronnie Baker was a candidate and China's Su Bingtian ran a shocking 9.83 in the semis — Jacobs came from nowhere.

He topped America's Fred Kerley, a 400-meter runner who moved down in distance because he saw a medal chance, and Canada's Andre DeGrasse, who adds another 100-meter bronze to the one he won Rio.

“I really don't know anything about him,” Kerley said of the new gold medalist. “He did a fantastic job.”

Jacobs' path was made that much clearer because of who wasn't in the race. The reigning world champion, Christian Coleman, is serving a ban for missed doping tests. The world leader in 2021 and the favorite to win the gold, Trayvon Bromell, didn't make it out of the semifinals.

Bolt, who has commandeered the Olympic and every other sprint stage since 2008, is retired.

He was a sure thing in all nine Olympic sprints he ran from the Beijing Games — a stretch of dominance that redefined track and field, but also left a gaping hole in the sport when he called it a career.

“He changed athletics forever," Jacobs said. “I’m the one who won the Olympics after him. That’s unbelievable. But drawing comparisons, I don’t think it’s the time now.”

Before Sunday, Jacobs' personal best was 9.95.

“I mean, 9.8 from the Italian guy?” DeGrasse said. “I didn’t expect that. I thought my main competition would be the Americans.”

Perhaps the only person at the track who really knew the new champ was the man who hugged him after he crossed the finish line. That was Gianmarco Tamberi, the Italian high jumper who tied Qatari's Mutaz Essa Barshim for gold.

Tamberi and Barshim ended their evening-long jump-fest in a dead heat — a rare result that appeared headed for a jump-off to decide gold and sliver. But after huddling with an official who told them two gold medals were possible, Barshim -- the two-time world champion who won silver in Rio and bronze in London - agreed to call it a tie for first.

Barshim ran up to the stands to celebrate. Tamberi covered his face with his hands and rolled on the ground. “I was in ecstasy,” he said. He was clearly a man looking for someone to hug.

He found just the person a few minutes later when Jacobs crossed the line first. Tamberi leaped into the broad-chested sprinter's arms and curled his own arm around Jacobs' bald head.

“My heart was exploding,” Tamberi said.

Only a night before, they'd been sitting in Jacobs' tiny room in the Olympic village playing video games.

Not long after the two golds were secure, Italy’s premier, Mario Draghi, stated the obvious — “You're honoring Italy,” he said — and announced he’d be inviting the athletes to his office, the Chigi Palace, when they return home.

Theirs was one of many beautiful moments on a most unusual Day 3 of the Olympic track meet. Another highlight came from Venezuelan Yulimar Rojas' toppling of a 26-year-old world record in the triple jump. Her new mark is 51 feet, 5 inches (15.67 meters).

Luca Kozak tripped on a hurdle and looked over three lanes to see a Jamaican opponent, Yanique Thompson, had suffered the same fate. Kozak helped her back to her feet.

Later, in the men’s 800 semifinals, American Isaiah Jewett got tangled up with Botswana’s Nijel Amos and the two went tumbling to the ground. They helped each other up and jogged slowly together toward the finish line.

“I don’t want any bad blood, because that’s what heroes do -- they show their humanity through who they are and show they’re good people,” Jewett said.

The day’s other gold medal went to Gong Lijao of China, who bested American Raven Saunders of the United States.

Saunders, who is Black and gay, wears an “Incredible Hulk” mask when she competes, closed out the medals ceremony by lifting her arms above her head and forming an “X” with her wrists.

“It’s the intersection of where all people who are oppressed meet,” she explained.

And then came the man hardly anybody knew.

Even though the run came in front of a nearly empty stadium, you could practically hear the collective “Who?” echoing across the seats. From all places, that is, except for from the Italian contingent.

A good hour after the victory, some of those reporters and coaches were on the track taking pictures with their country's new high-jump and sprint heroes. They had Italy's green, white and red flag draped around their shoulders and were still hugging it out — COVID protocols be damned.

Quite an evening for Jacobs, who was born in El Paso – the son of an American father and an Italian mother. The parents split when Jacobs was 6 months old and he moved to Italy and never got to know his dad.

They reconnected about a year ago by phone, as the sprinter tried to learn about his roots.

Now, the world is learning about him.

“My dream was to arrive here and run a final,” Jacobs said. “And we ran a final. And we won a final. It’s amazing. I have no words to describe this moment.”