On Monday, Schneider saw her two brothers for the first time since the COVID-19 pandemic began, when they flew to Eugene to watch her compete in the trials. 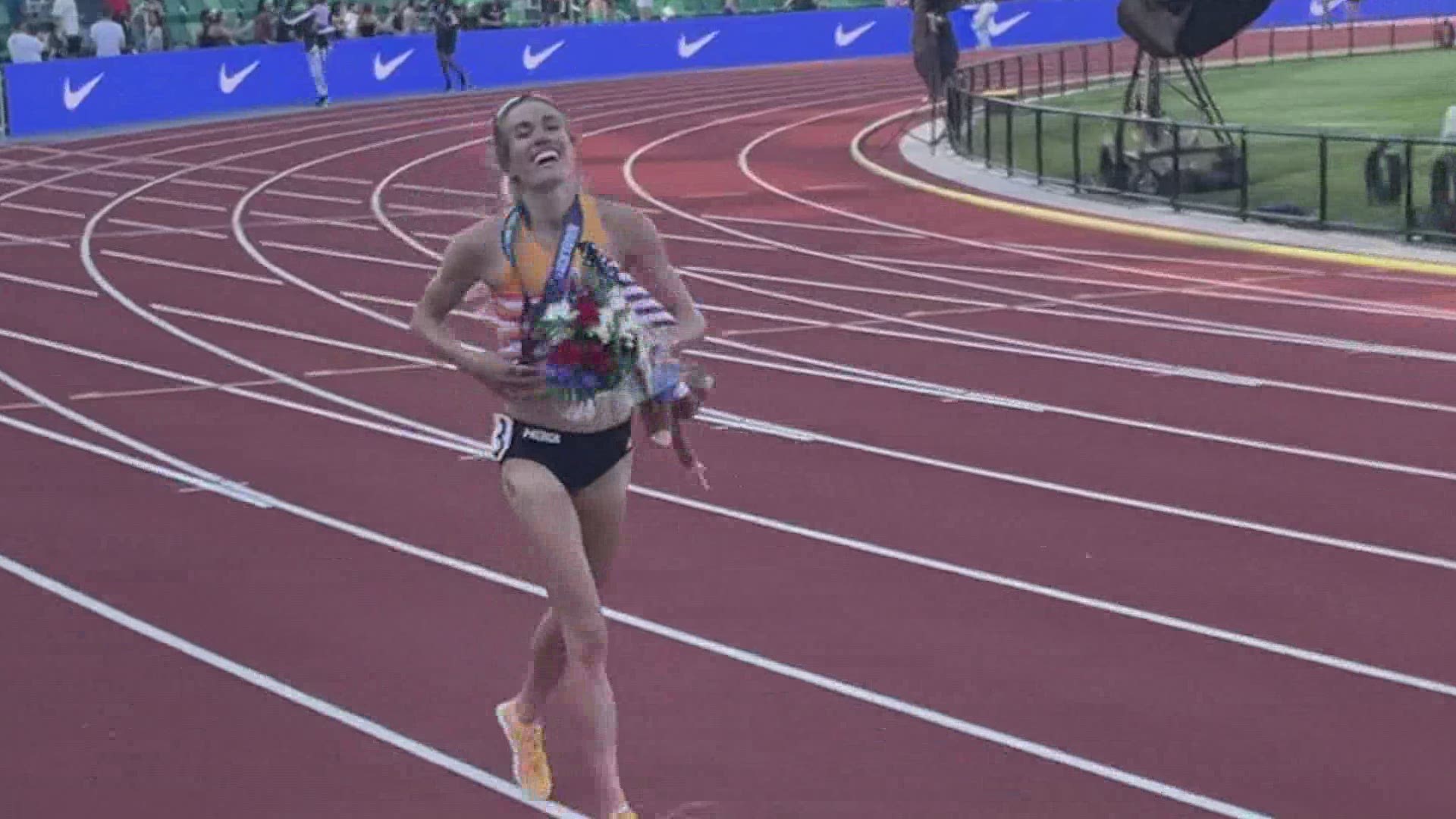 Schneider grew up in Sanford (her parents still live in her childhood home), and went to St. Thomas Aquinas catholic school in Dover, New Hampshire, before running at Georgetown University. She turned pro in 2015, and missed earning a spot on Team USA for the Rio Olympics in 2016 by .01 seconds.

On Monday, she placed third, earning her a spot in her first-ever Olympics.

"I'm still processing it. it's still sinking in. It feels like such a dream come true to get to represent our country and the state of Maine and my family and friends at the Olympic stage," Schneider told NEWS CENTER Maine. "It's definitely something I've dreamed of for years now and it's pretty surreal to actually get to go do that. To get to represent our state and to walk in Joanie's [Benoit Samuelson's] shoes a little bit is a huge honor and it's some thing I really cherish and always can't wait to get back to Maine and spend time there and spend time with the people I love there, so it's a huge privilege to represent Maine."

On Monday, Schneider saw her two brothers for the first time since the COVID-19 pandemic began, when they flew to Eugene to watch her compete in the Olympic qualifying run.

"It's so special having my entire family, my entire immediate family came to Eugene and got to be a part of the moment, so it's been like the first time we've been reunited since the pandemic and at some point, we're all going back to Maine to spend time together," said Schneider.

Schneider said her mental and physical preparation will be the same as any other race, and that she tries not to put too much pressure on herself to win a medal, although, that is her and every Olympian's goal.

"Medaling in either the 5K or if I make the 10K team, if I decide to race that -- regardless, medaling in any event in the Olympics, it's a huge honor for way more than just the athlete that does it," said Schneider. "It's a huge moment of pride for the country, for the places they are from, and the people they represent. It would be a huge honor to stand on top of that podium. I'm definitely dreaming of that."

Schneider plans to run in the qualifying race for the 10,000 meter as well, which takes place on Friday night in Eugene.

Had a blast interviewing @rachschneid18 just 36 hours after her qualifying run to make @TeamUSA @usatf and go to #Tokyo2020 -- the Sanford native/@stalux alum talked all things #maine and #Olympics -- here's a snippet. @newscentermaine pic.twitter.com/OS7P7UFf5a