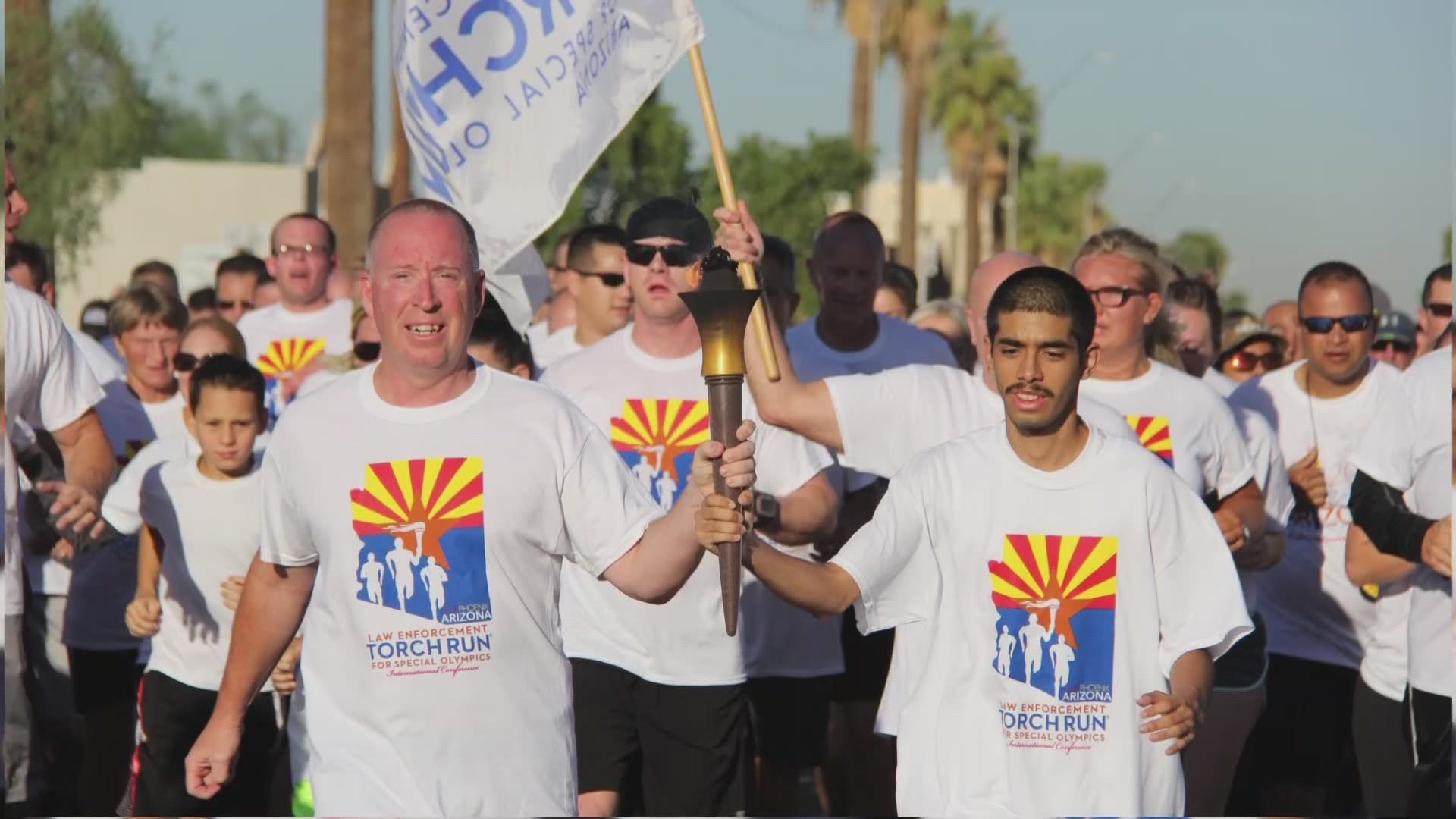 RUMFORD, Maine — A veteran law enforcement officer from Rumford is training the carry the torch at the Special Olympics World Winter Games in Russia in January.

Doug Maifeld has raised money for Special Olympics Maine for more than three decades. Maifeld, who works as a school resource officer for the Rumford Police Department, was named to the final leg team that will carry the Flame of Hope before the cauldron is lit on January 22 in Kazan, Russia. More than 2,000 athletes from more than 100 countries will compete in events over seven days.

"It's an experience of a lifetime being able to go into the ceremonies like that taking in the torch and being with the athletes," Maifeld said.

Over the years, that dedication to promoting acceptance and inclusion through sports became personal. Maifeld has a relative with Down Syndrome, his niece Haley who participated in Special Olympics in grade school is on the Autism spectrum.

"I have gotten so much more from the athletes than I could possibly get in return...that's why I am so honored to do this in Russia," Maifeld said.

Maifeld is the only law enforcement officer from Maine on the final leg team, made up of police officers and athletes from 46 states and 25 countries.

After Maifeld and his team fly into Moscow before the games in January, they first will carry the torch through cities and communities across Russia raising awareness about the Special Olympics and people of all abilities.

Following the competition, Maifeld and his team are raising money for Special Olympics with a polar dip in a lake in Kazan, Russia. The water is a constant 48 degrees year-round and the air temperature is expected to be in the teens, but Maifeld said braving the frigid conditions will be worth it as 75% of the donations will stay in Maine.

Maifeld has set a goal of raising $3,000 for the Special Olympics. If you would like to donate, click here.