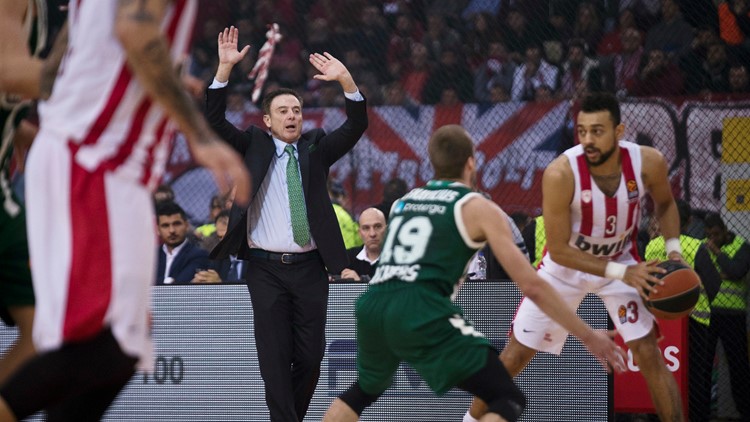 Photo by: AP Photo/Petros Giannakouris
Panathinaikos coach Rick Pitino directs his players during a Euroleague basketball match between Panathinaikos and Olympiakos in Piraeus near Athens, on Friday, Jan. 4, 2019.

Pitino reaches the Mt. Olympus of basketball despite Boston failures

ATHENS, Greece — Rick Pitino has agreed to coach the Greek national basketball team and lead its effort to qualify for the 2020 Tokyo Olympics.

The Greek basketball federation says Pitino will be officially presented on Monday, when details of his agreement will be announced.

The 67-year-old American coached Greek club Panathinaikos last season and guided the team to victory in the country's cup competition before returning to the United States. He remains popular among Greek fans despite his outspoken criticism of smoking and rowdy behavior by spectators at games.

Pitino spent much of his career jumping between the college ranks and the NBA, coaching the Boston Celtics and the New York Knicks as well as Kentucky and Louisville.