Maine student eager to compete in Pyeongchang: 'It’s been a dream’ 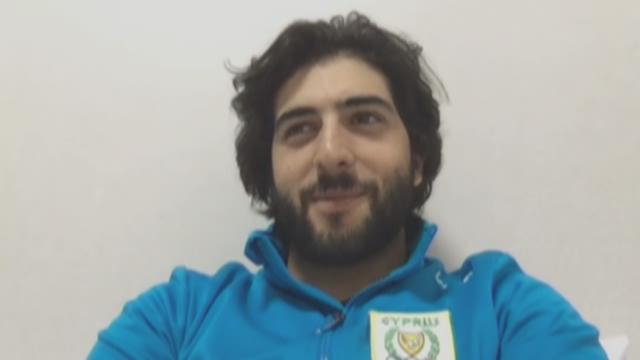 BANGOR (NEWS CENTER Maine) – Dinos Lefkaritis is anxiously awaiting his chance to compete in the Winter Olympics for the first time.

"It's such a new experience for me,” Lefkaritis told NEWS CENTER Maine from Pyeongchang Thursday.

The alpine skier, a student at Bates College, has been in South Korea since the start of the Olympic Games, but does not compete until Sunday.

Lefkaritis is 22 years old and a junior on the Bates ski team. He was first drawn to the sport at just five years old.

"It's been a dream since I was a kid,” Lefkaritis said.

Now on the world stage, he is not representing Team U.S.A. in Pyeongchang. Instead, he is representing his home country of Cyprus, even carrying the flag as the country’s only athlete in the opening ceremony.

"It's a great honor to represent and to be the flag bearer for your country,” he said. "[The opening ceremony] was a great atmosphere and I think it's where everyone realized where we are."

Lefkaritis is the 12th Bates student to compete in the Olympics. He said he is taking a year off from his intensive engineering program to live out his dream.

His friends at Bates and his family at home have already provided a lot of support as he counts down the minutes until he hits the slopes.

“[I’m] not nervous, but I can't wait for it to arrive." Lefkaritis said.

He is set to compete in the Men’s Giant Slalom on Sunday.