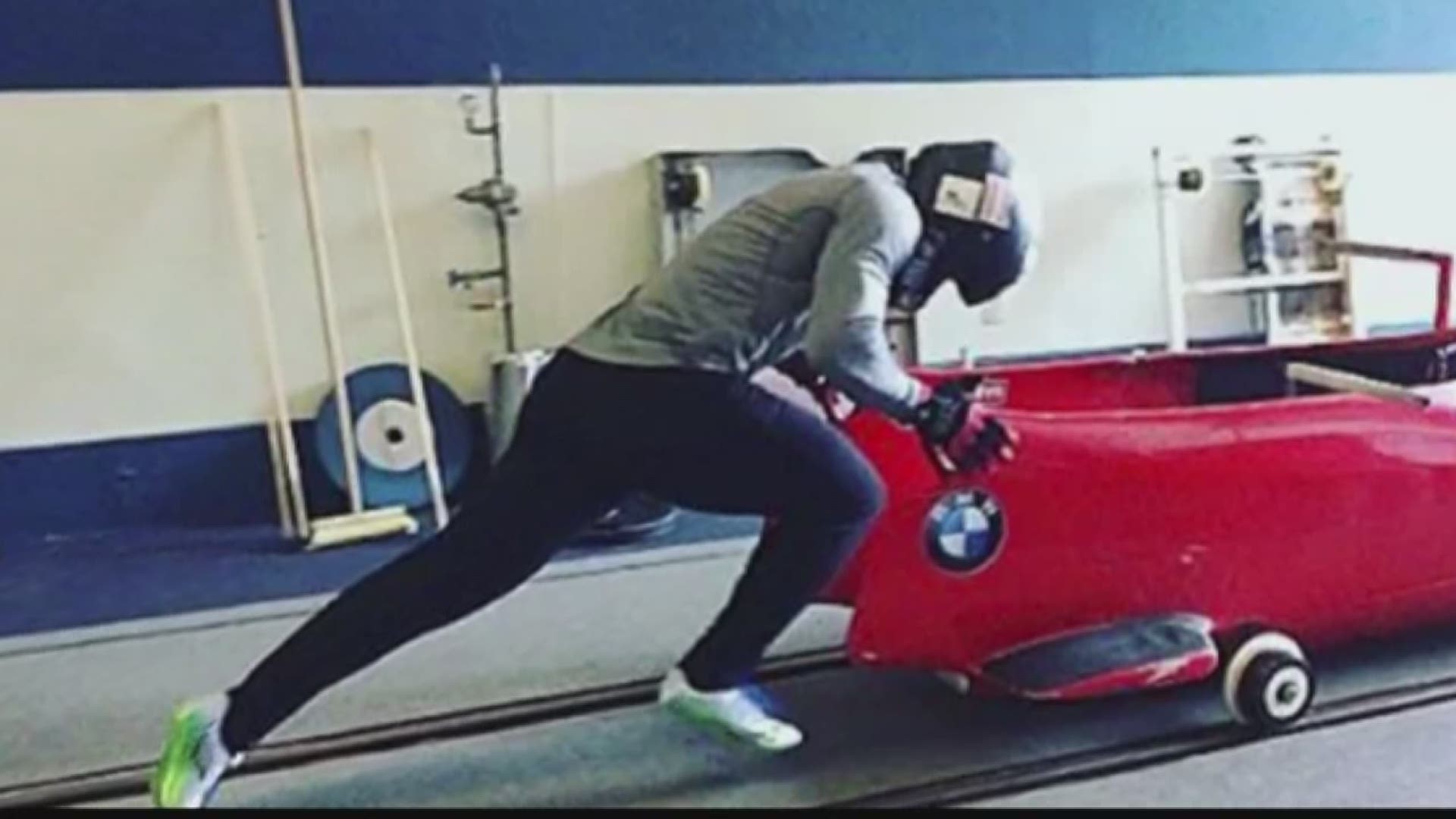 LAKE PLACID, N.Y. — EDITOR'S NOTE: The video above is NEWS CENTER Maine's reporting on Frank Del Duca from August 2018, when Del Duca was vying for a spot in the 2018 Winter Olympics.

Bethel native Frank Del Duca got off to a strong start Friday in his campaign to qualify for the 2022 Winter Olympics, winning the men's USA Bobsled Push Championship in Lake Placid, New York.

The competition is one in a series of qualifying events to earn a spot on the United States national team. Athletes competed in two heats with an optional third heat. The best two times were combined to determine the winner.

“Competing in the new facility creates a whole new atmosphere,” Del Duca said in a release Friday. “With the sled on ice, the huge pictures of past World Cups hung on the walls, and with fans and friends watching—it’s inspiring.”

RELATED: Mainers to watch for in the Tokyo Olympics

Del Duca, 30, is a graduate of Telstar High School and the University of Maine. At Telstar, he played a number of sports but specialized in track. At UMaine, he became a conference champion in the long jump. According to Team USA, he graduated from UMaine with a degree in kinesiology and physical education.

“It’s hard to put into words how much what we do means to me,” Del Duca said after his win Saturday. “I love this team, and this sport. I put my heart and soul into this, and am excited for the season.

“The drivers have all been working hard, training to be ready for a demanding season,” he continued. “For where we are in training, I think we had some solid performances. I believe we all had personal bests today. It gives us a nice baseline going into the rest of the off-season so we can track our progress and continue to push ourselves.”

The following "fun facts" about Del Duca are included in his bio on Team USA's website:

The 2022 Winter Olympics are scheduled for Feb. 4 through 20 in Beijing, China.