During Maine's high school basketball tournament, tens of thousands of fans go to each host site economically impacting the local community, but not this year 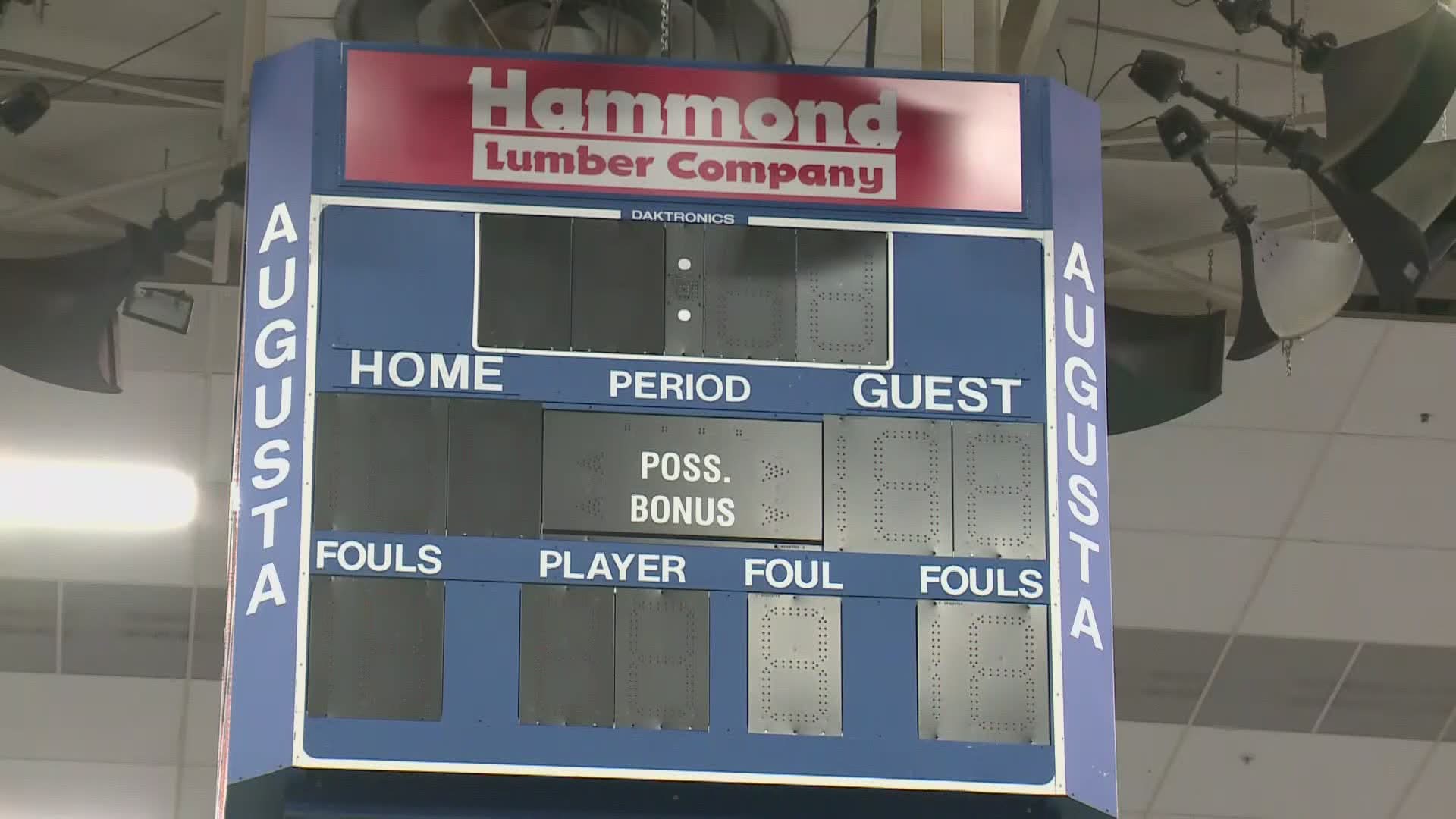 BANGOR, Maine — It's a week many in the state look forward to and a week some take a vacation. Instead of taking time off from work to go somewhere tropical, Mainers visit parts of their own state to watch basketball.

Specifically, they visit the cities hosting games during the annual Maine Principals' Association (MPA) high school basketball tournament. But with no tournament this year, school vacation week looks a lot different this February.

Like the Cross Insurance Center (CIC) in Bangor, the Civic Center is hosting max vaccination clinics, not basketball games during this year's school break.

“I miss every aspect of that tournament; this place is absolutely alive with energy and it’s one of the best times of the year," Kingsbury added.

“The economic impact on this community, not just this community but any community hosting the tournament is huge. People take vacations and spend the entire week at these venues, not just here at Augusta but in Portland and Bangor," Kingsbury said.

“It was one of the best weeks I’ve had so far in my time here," Vail said. “It’s something that means a lot to this community and the restaurants and the businesses and the hotels.”

One hotel and restaurant happen to be just steps away from the CIC. Timber Kitchen & Bar is attached to the Bangor Residence Inn. General Manager Suzanne Fletcher said business has been steady all week, which she didn't expect, but she still misses the regulars who come every year during tournament time.

“We’ve gotten to know a lot of families over the years that come every year and stay in the hotel and eat in Timber once, twice a day sometimes for the whole week," She added.

Timber, like every restaurant, adapted during the pandemic. The addition of outdoor igloos allows Fletcher and her staff to make up for revenue lost due to indoor capacity limits.

With Bangor's max vaccination site right next door, Fletcher has a great view to see residents in her community get their shots and has even started to see older customers return to Timber for the first time in months after receiving the vaccine.

“It’s nice to see those familiar faces you know you’ve been wondering for several months if they’re alright and you’ve even thought about taking delivery to their house," she added.

Inside the CIC, Vail said it's been slow for events but it's been busy upstairs.

“Using the building for something as positive and amazing as a vaccination site still gives you the same great feeling that you would have if people were in here watching basketball," Vail added.

Those who are used to watching the basketball games are disappointed this year as well as the players who would be playing in them. The Caribou boy's team was hoping to defend its back-to-back state championships this year.

“It’s really tough on the kids because they know it’s a bunch of unknowns, what could [have beens]." head coach Kyle Corrigan said.

Ten of Corrigan's 13 players this year are seniors, so even if there was a state tournament next year the core of his team would be out of high school. Even though there are plenty of reasons to be upset, Corrigan said his guys are just happy to play.

“Basketball has been really good for all of our kids, and our community," he added.

The Caribou community rallies around its basketball teams this time of year. During last year's title run, Corrigan recalls the entire city being in Bangor for the state title game.

“That moment right there is something I’ll never forget, I catch myself probably once or twice a week going back and re-watching some of the highlights of that game just kind of reminiscing back on it," he added.

It was an easy game to remember. Caribou defeated Maranacook at the buzzer.

While we have to wait until 2022 for a potential tournament return, Corrigan said the Aroostook County teams are working on finalizing a regional postseason. Other areas around the state are also finalizing similar plans to give their players some taste at a traditional tournament run.