Nyquist contributed 1 goal and 10 assists for 11 points through the playoffs. 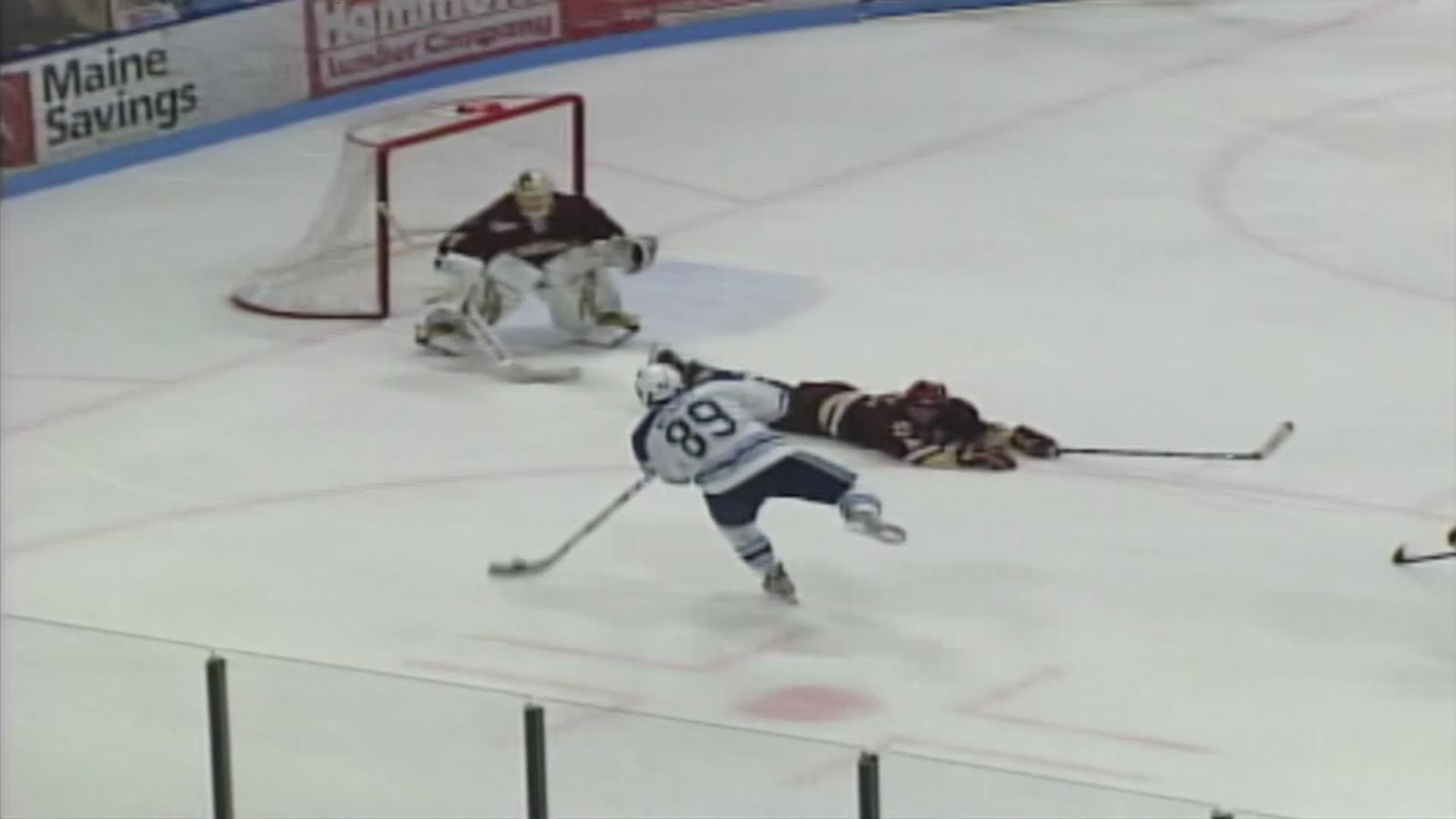 SAN JOSE, Calif. — Although he won't be hoisting the Stanley Cup this year, at least Gustav Nyquist will always have the Maine Stein Song.

Nyquist was on the losing end of Game 6 of the NHL Western Conference final on Tuesday, May 21, when the St. Louis Blues won the series by beating the San Jose Sharks 5-1.

The Sharks may not have gotten so far into the post-season had they not acquired Nyquist in a trade late in the year. His previous seven seasons were all spent with the Detroit Red Wings.

Nyquist also has a committed fan base in Maine from his three years playing for the University of Maine hockey team from 2008 to 2011. He led the Black Bears in scoring all three years.