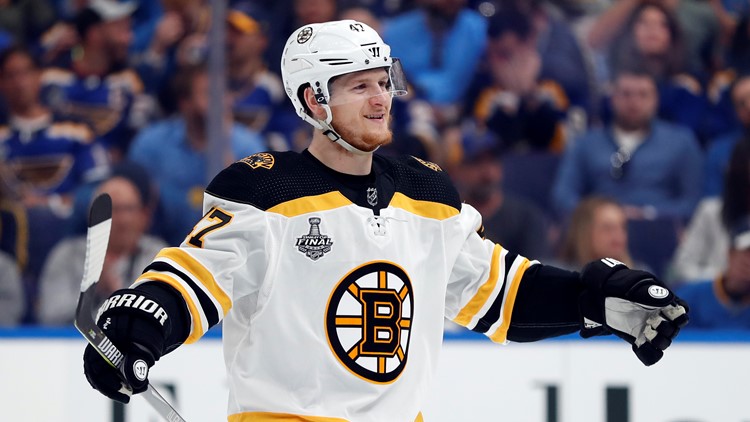 Silence is far from golden in Krug contract talks

CHICAGO — Torey Krug says there have been no talks with the Boston Bruins on a new contract with one season left to unrestricted free agency.

Despite a breakout playoff performance that helped the Bruins get to Game 7 of the Stanley Cup Final, Krug is stuck in neutral while the front office focuses on signing restricted free agents Brandon Carlo and Charlie McAvoy. Neither of those players has a deal with training camp set to start next week.

Krug's 16 assists in the playoffs tied for the most among all players. Only 11 defensemen in the NHL had more points during the regular season.

The 28-year-old was quick to say he doesn't feel disrespected by the lack of contract talks. With the Bruins in a salary-cap crunch, Krug could be headed toward a significant payday if he hits the free-agent market.