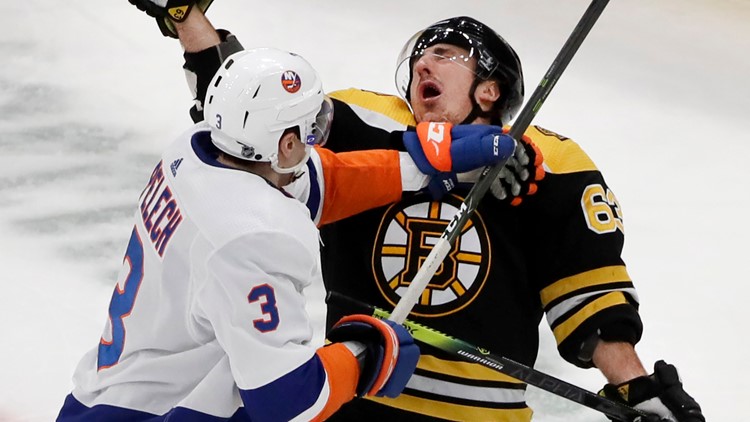 No man is an island, but Barzal pretty much WAS the Islanders offense in Boston

BOSTON — Matthew Barzal scored in regulation and the shootout as the New York Islanders beat the Boston Bruins 3-2.

Brad Marchand’s attempt to extend the shootout was stymied by Islanders goalie Semyon Varlamov, who finished with 27 saves.

New York snapped a seven-game losing streak to Boston. The Islanders have won four of five.