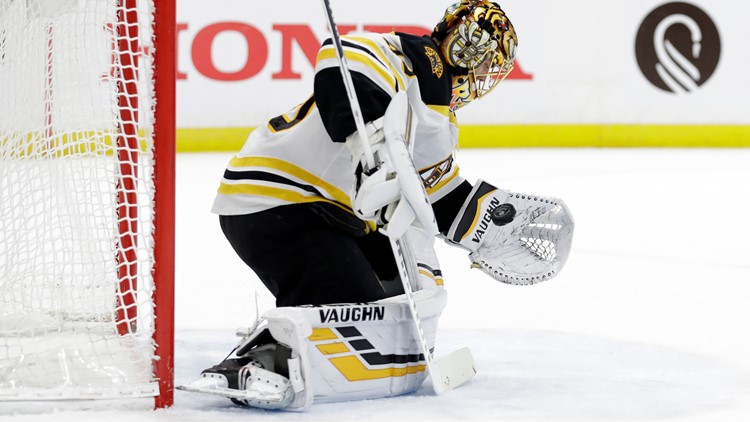 Photo by: AP Photo/Chris O'Meara
Boston Bruins goaltender Tuukka Rask makes a glove save on a shot by the Tampa Bay Lightning during the second period of a game on Tuesday, March 3, 2020, in Tampa, Fla.

TAMPA, Fla. — Brad Marchand and the NHL-leading Boston Bruins took a big stride toward winning the Atlantic Division with a 2-1 victory against the Tampa Bay Lightning.

Marchand and Jake DeBrusk scored for the Bruins, who opened a nine-point cushion over second-place Tampa Bay in the division standings with 15 games remaining in the regular season.

Tukka Rask made 20 saves for Boston, which has won three straight and eight of 10.

Mitchell Stephens scored for Tampa Bay, which has lost five of the past six in regulation. Andrei Vasilevskiy stopped 33 shots.