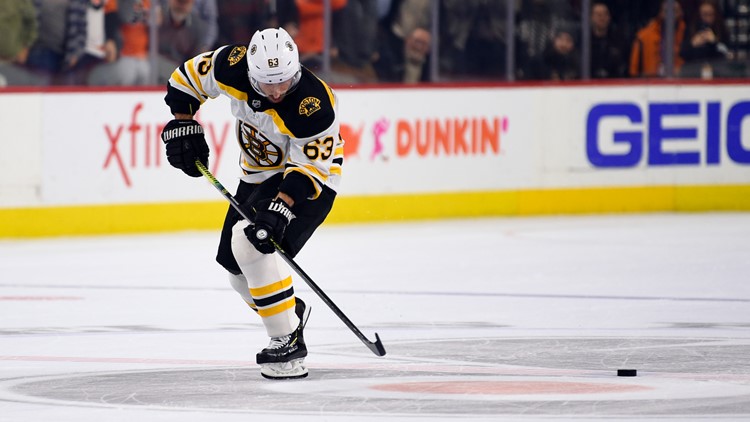 Photo by: AP Photo/Derik Hamilton
Boston Bruins' Brad Marchand skates by the puck on a shootout attempt in a game against the Philadelphia Flyers on Monday, Jan. 13, 2020, in Philadelphia.

Travis Konecny scored in the fifth round of the shootout for Philadelphia, and Marchand lined up for his turn needing to score to keep the game going. The two-time All-Star charged toward the resting puck but barely nipped it as he skated past.

Officials met briefly before signaling that the game was over. Because Marchand made contact with the puck, it was considered a shot attempt.

RELATED: Maine kids bring out the softie in Bruins' brawler

Travis Sanheim scored twice in regulation for the Flyers, who rallied from a three-goal deficit.