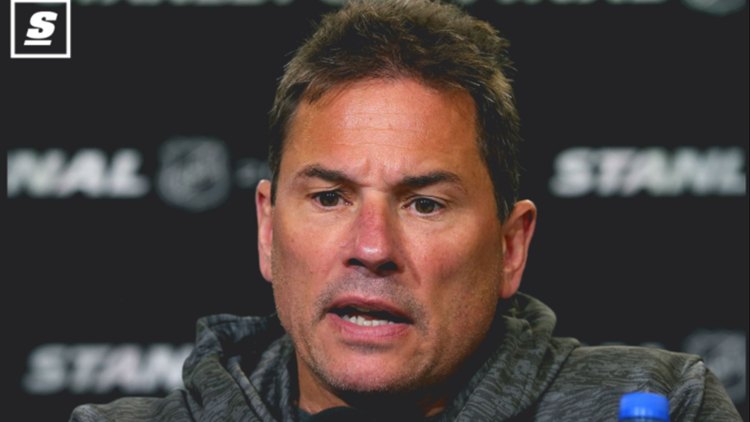 BOSTON — Boston Bruins head coach Bruce Cassidy was not happy with the refs after Game 5 of the Stanley Cup Final in Boston.

The Blues defeated the Bruins 2-1 to take a 3-2 lead in the series.

During the game there were a few controversy calls that Cassidy believes impacted the outcome of the game.

Boston players and fans were furious when there was no penalty call following the goal scored by David Perron in the third period.

More details on that play and the game recap can be found, here.

Apparently, Cassidy believes that the narrative changed after Game 3 because the he thinks Blues coach Berube filed a complaint...

Cassidy's comments might have back lashed a little bit with a lot of people mocking and making fun of him.

The entire postgame interview with Cassidy was posted on the Boston Bruins Twitter account and it has a lot of people talking on social media.

The Bruins aren't the first team in the playoffs to feel this way over a missed call.

Many could say that the officials costed the Blues the win in Game 3 in the series against the Sharks after the infamous missed hand pass.

RELATED: Sharks fans apologize after Blues got screwed in Game 3 of the Western Conference Final

RELATED: The Blues are already focused on Game 4

RELATED: The Hand of Fate

No matter how ticked off Boston is after this game, the officiating has been a controversy since the NHL playoffs started.

Game 6 of the Stanley Cup Final is Sunday, June 9 at 7 p.m. at the Enterprise Center where St. Louis hopes to bring home the Cup for the first time in almost 50 years.

RELATED: It's a good day for online gamblers who put money on the Blues in Game 3

RELATED: Opinion | How the Blues are crafting a comeback story for the ages