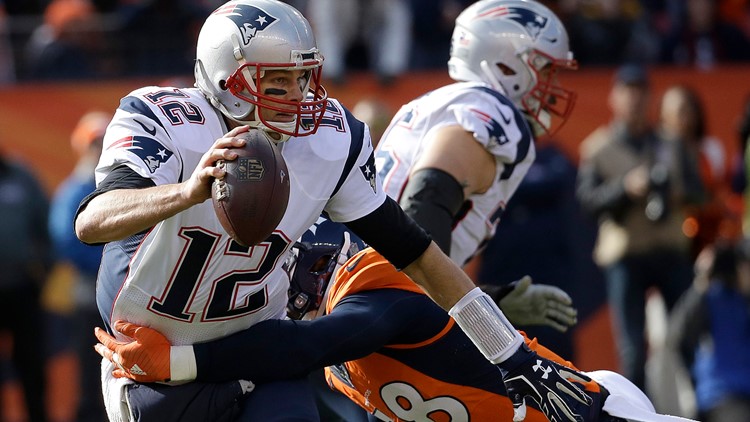 Photo by: AP Photo/Chris Carlson
Tom Brady is tackled by Von Miller during the first half of the AFC Championship game between the Denver Broncos and New England Patriots, Sunday, Jan. 24, 2016.

BRISTOL, Conn. — Tom Brady’s journey to each of his nine Super Bowls with the New England Patriots will be the subject of an ESPN series released in 2021.

Entitled “The Man in the Arena: Tom Brady,” the nine-episode series will include a look from Brady’s perspective at the six NFL titles and three Super Bowl defeats he was a part of.

It should be a rare opportunity for up-close revelations from the usually private quarterback who left New England this year after 20 seasons and is now with the Tampa Bay Buccaneers.

The series will be produced by ESPN, 199 Productions, which is Brady’s production company, and Gotham Chopra of Religion of Sports.

RELATED: 'Peyton's Places' to return to ESPN+ for 2nd season