Stella Hang, a 6th grader from Lyman Moore Middle School in Portland, will be at the Super Bowl, as well as in a commercial for the NFL’s “Next 100.” 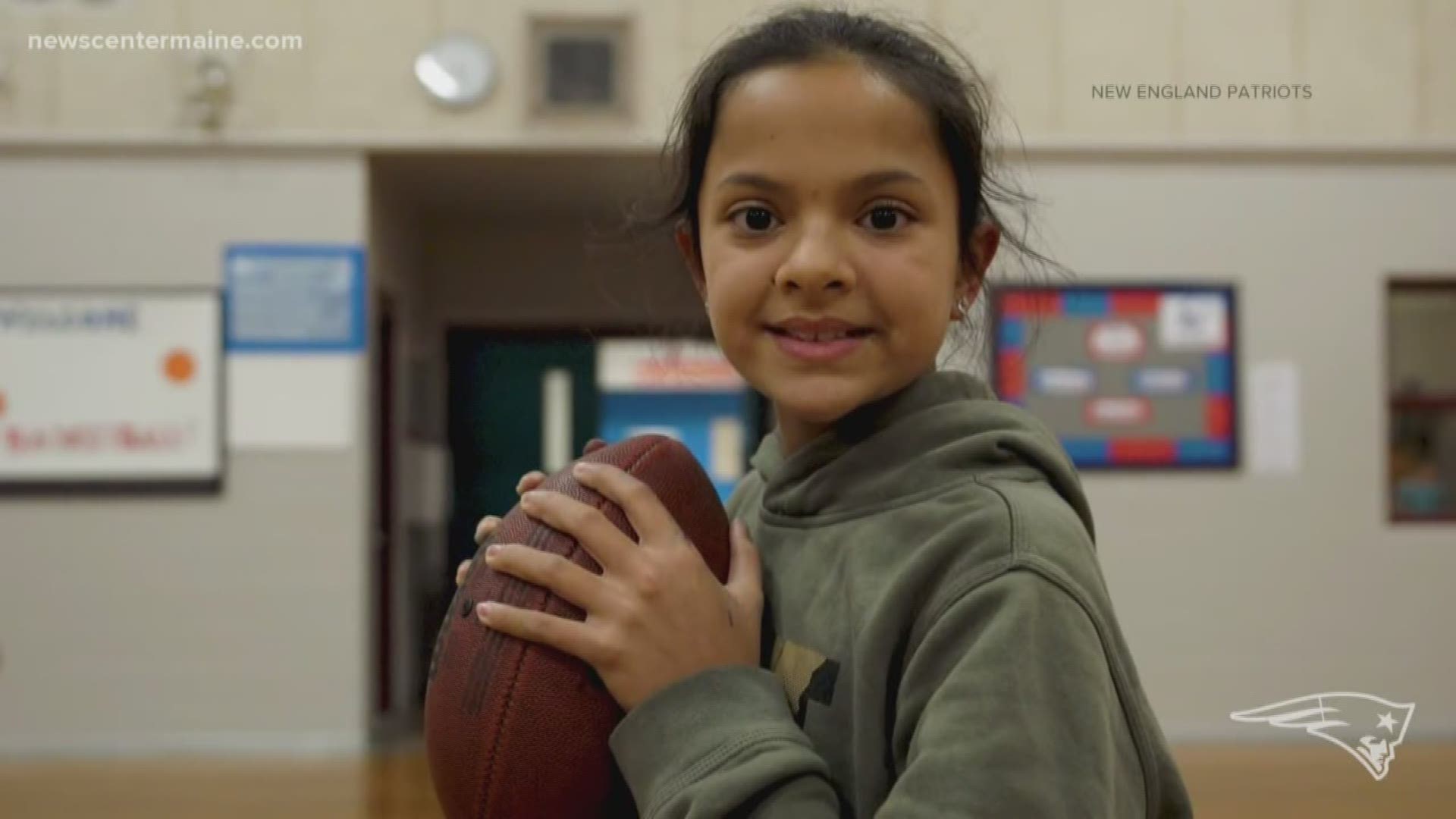 PORTLAND, Maine — The Patriots may not be going to the Super Bowl on Sunday, but a 12-year-old girl from Portland, Maine, will be there to represent New England.

According to our partners at The Portland Press Herald, Stella Hang, a sixth-grader from Lyman Moore Middle School is heading to Miami to attend Super Bowl LIV and will represent the Patriots in the NFL’s “Next 100” commercial scheduled to air shortly before kickoff.

The NFL selected Hang to participate in the experience after her parents submitted a highlight package of her playing flag football during an open casting call in November.

The NFL picked 32 kids between the ages of 9 and 12 who will appear in a commercial “alongside a wide variety of NFL Legends and other notable personalities,” according to a statement on the league website.

Hang is the only kid selected from New England.