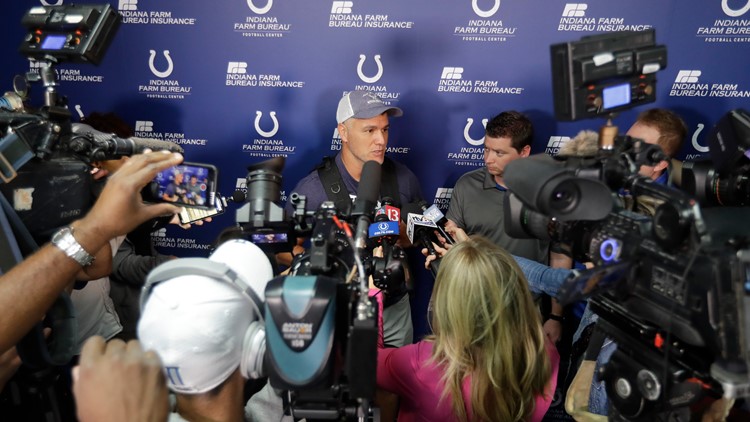 After leaving the locker room before taking questions, Vinatieri told a couple of reporters on his way to the team bus he would talk Monday. When reminded Colts players do not typically meet with reporters on Mondays, Vinatieri reiterated he would speak Monday.

Indianapolis Colts kicker Adam Vinatieri reacts to missing his second extra point of the game against the Tennessee Titans in the second half of a game on Sunday, Sept. 15, 2019, in Nashville, Tenn.
AP Photo/James Kenney

Some thought that meant the 46-year-old Vinatieri might be ready to leave the game after 24 seasons.

But Vinatieri says he simply needed time to calm down after a second straight rough game.