Whether you're a casual Sunday fan or a diehard, here's what you need to know before the Patriots take the field against the Dolphins on Sept. 12. 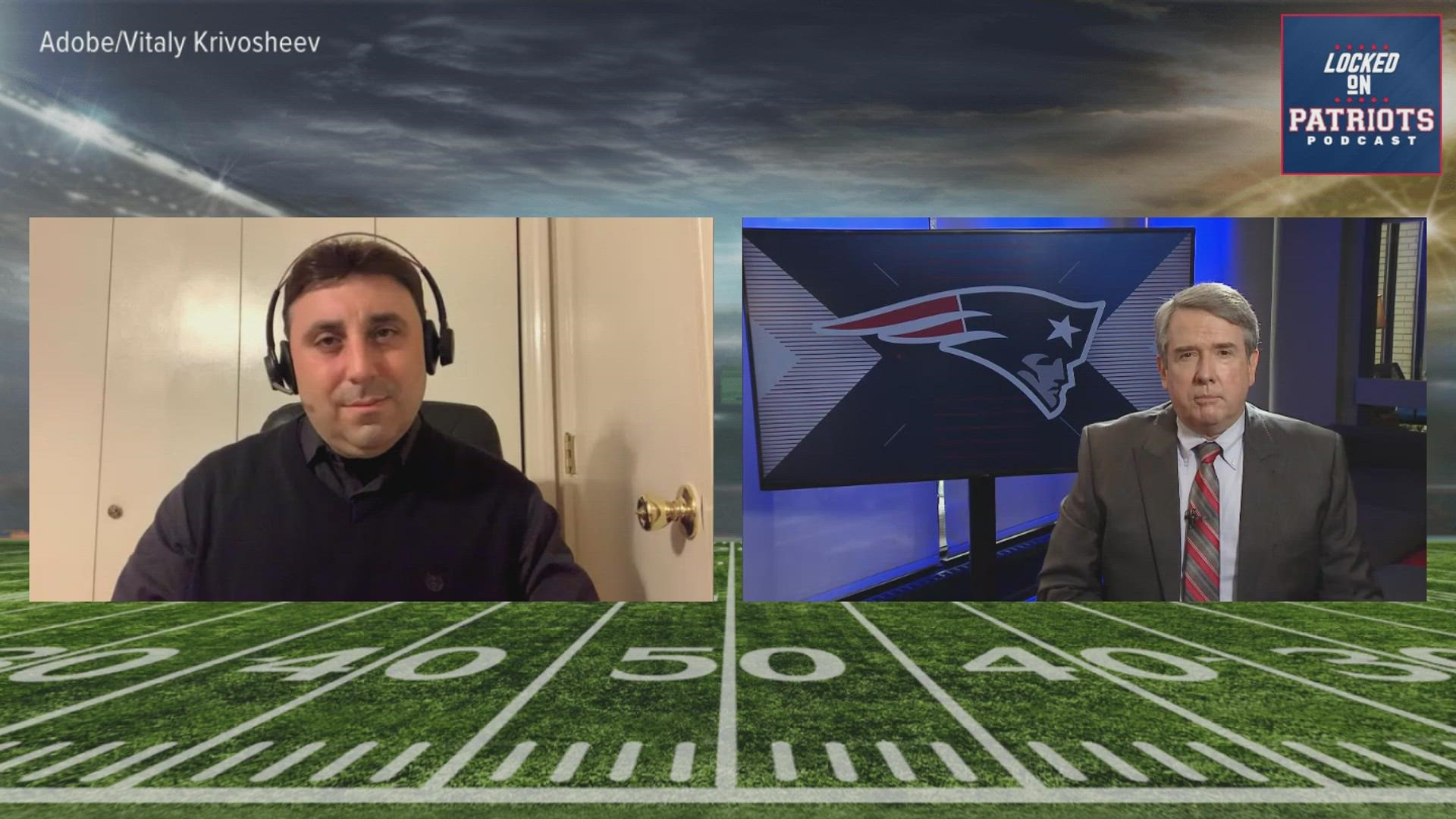 FOXBOROUGH, Mass. — When the Patriots kick off the 2021 season Sunday afternoon at 4:25 versus the Dolphins, fans across New England will once again be strapping in for an unpredictable season.

It’s year two in the post-Brady era and now New England will try out its second quarterback in the herculean effort to fill the void left by the now seven-time Super Bowl champ. Cam Newton’s release from the team shocked even those who wanted the former MVP out, but it cleared the way for rookie Mac Jones as QB1.

NEWS CENTER Maine's Pat Callaghan checked in with Locked On's Mike D'Abate on what he expects in this Week 1 matchup. You can hear why D'Abate thinks this will be a game focused on the defensive side of the ball with plenty of fresh faces for both teams.

Join Mike for your daily dose of news, notes, and analysis on the six-time Super Bowl champions New England Patriots. From Boston, Mass.—to Providence, Rhode Island—to Aroostook County, Maine, Pats fans get their coverage from Locked On Patriots, part of the Locked On Podcast Network.

Before you watch the Week 1 matchup between New England and Miami, here is a season preview for both the casual Sunday fan to those of us who love breaking down the X’s and O’s.

RELATED: Cam Newton explains his theory on why Patriots released him

WHO TO WATCH FOR

MAC JONES No. 10: Duh. The former Alabama quarterback and first-round draft pick assumed the starting job after impressing head coach Bill Belichick and all of Patriots Nation this preseason. In three games under center, he didn’t throw an interception in 52 passing attempts. His completion percentage was close to 70% in those games. No. 10 will now face former 'Bama teammate Tua Tagovailoa in his NFL regular-season debut. After watching Cam Newton last season, and watching Tom Brady for nearly two decades, Patriots fans understand how crucial quarterback play is. It's time to see if the rookie can bring New England back to the postseason.

Credit: AP
Alabama quarterback Mac Jones holds a team jersey after he was by the New England Patriots during the first round of the NFL football draft, Thursday April 29, 2021, in Cleveland. (AP Photo/Tony Dejak)

NEW TIGHT ENDS: When New England spent a whopping $163 million in free agency this summer, the team made it clear they were revamping an offense that ranked among the league’s worst a season ago. A staple to Patriots’ teams for years has been the tight end position. Jonnu Smith No. 81 (Tennessee) and Hunter Henry No. 85 (Los Angeles) come to Foxborough as two of the better tight ends in the league. Henry hasn’t practiced much and hasn’t played in the preseason at all due to a shoulder injury, but both TE’s will give their rookie quarterback big targets in the middle of the field starting Week 1.

WHO ARE THESE RECEIVERS? New England has never had a reputation as a ‘wide receiver factory’ but last year’s play from that position group was not up to par for any NFL organization. Kendrick Bourne No. 84 (San Francisco) and Nelson Agholor No. 15 (Las Vegas) were brought in to help solve that issue. The two new Patriots will see time with Jakobi Meyers, now entering his third season, and former first-round draft pick N’Keal Harry when he returns to the lineup. Harry suffered a shoulder injury during the preseason and is expected to miss another few weeks.

THE DAMIEN HARRIS SHOW: After trading Sony Michel to the L.A. Rams, Damien Harris will now be the solidified No. 1 running back for the Patriots with James White back again to fill his role as a clutch receiving back in big-play situations. Rhamondre Stevenson impressed during the preseason, and he and J.J. Taylor will sub in for Harris during every game.

THE QUARTERBACK'S BEST FRIENDS: Mac Jones will have a lot of new challenges to handle this season, but luckily for him he will have one of the best offensive lines in the NFL giving him time in the pocket to throw and create space for the running game. Pro Football Focus ranked the Pats O-Line as the third-best in the league. David Andrews, Shaq Mason,  Trent Brown, Isaiah Wynn, and Mike Onwenu will make up the unit to begin the season.

WELCOME & WELCOME BACK: Longtime Patriots middle linebacker Dont’a Hightower No. 54 is back in the center of the defense for the Patriots. The former Super Bowl champ opted out of last season due to COVID-19 concerns. Kyle Van Noy No. 53 rejoins Hightower in the linebacker room after leaving New England for a brief stint with Week 1 opponent Miami. Matt Judon No. 9 left the Baltimore Ravens to join the Patriots in the offseason and will fill an outside linebacker position for a defense that is projected to be among the league’s best this season.

NO FLY ZONE: J.C. Jackson No. 27 finished second in the NFL with nine interceptions last year, and the Pats' secondary play was one of the few highlights of the team’s 7-9 record a season ago. Jalen Mills No. 2 joins the defensive backs after playing in Philadelphia. All-Pro Stephon Gilmore is on injured reserve and can return to action after Week 6. Second-year Kyle Dugger No. 23 will start most games on the bench. However, the safety can not only play the "center field" of the defense but also will be used to blitz the quarterback in certain situations.

NO NEED TO REINVENT THE WHEEL: The Patriots' special teams unit has been a staple during the franchise’s six Super Bowl victories. Jake Bailey No. 7 returns as the punter and Pro Bowl return man Gunner Olszewski No. 80 will look to build on his career year from last season. Quinn Nordin No. 3 will take over the place-kicking responsibilities and look to rebuild Patriots fans' trust in kickers.

Week 10 vs. Cleveland: Hype around the Browns has been a consistent trend this preseason. Quarterback Baker Mayfield and wide receivers Jarvis Landry and Odell Beckham Jr. give defensive coordinators a lot to game plan for, if they're on their game. The storyline of this Browns team might be the defensive play, led by Defensive Player of the Year candidate Myles Garret. It will be another test for the Patriots in the middle of the season.