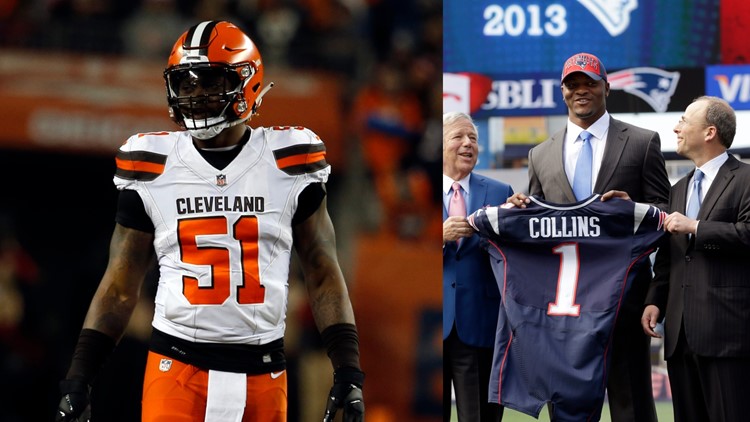 FOXBORO, Mass. — Former Patriots tight end Jamie Collins is reportedly returning to the team that drafted him in 2013.

The Boston Globe, citing a league source, reports New England has signed the 2015 Pro Bowler and that he's already in Foxboro for workouts.

Collins was the Patriots' first pick in the 2013 NFL Draft, taken 52nd overall in the second round. He spent three and a half seasons in New England from 2013-2016, helping them win Super Bowl XLIX before being traded to Cleveland for a third-round draft pick during the Week 9 bye.

The 29-year-old was released by the Browns in March.

Including playoffs, Collins totaled 376 tackles, 13.5 sacks, 10 forced fumbles, seven picks and one defensive touchdown in 57 games for the Patriots.

Collins' ex-teammate Jerod Mayo, whom he played alongside for three seasons, is now New England's inside linebackers coach.